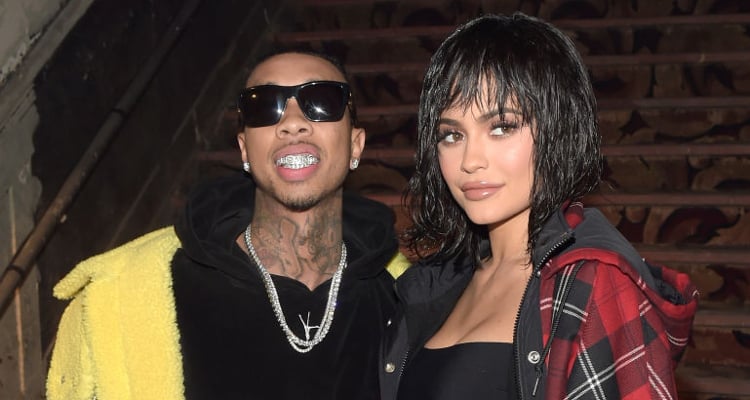 Tyga is a rapper and record producer from Garden, California with an estimated net worth of at least $3 million, largely accrued from concerts, album sales, and some chart-topping singles. The stage name Tyga is actually short for “Thank You God, Always”—the rap artist has clearly been thankful to God for bringing lot of opportune moments in his musical journey.

Tyga has made his name as a promising young rapper from the Young Money and Cash Money Entertainment labels, one of the most successful record labels in hip hop music today. Tyga has made an entry on the top five spots of Billboard’s Hot 100 chart with his tracks “Rack City,” “Faded,” and a few other singles. Tyga has been exclusively collaborating on his songs with other Young Money artists, like rap superstars Lil Wayne, Drake, and Nicki Minaj. He has also teamed up with R&B star Chris Brown—Tyga collaborated with Chris Brown on the “Deuces” single, and the two artists have been close ever since.

Even though Tyga hasn’t hit international rap stardom yet, he’s definitely got a taste of Hollywood fame, thanks to his relationship with young reality star Kylie Jenner. Tyga’s fortunes have started rising ever since he hooked up with Kylie and is now a star of his own reality series, Kingin’ with Tyga.

Tyga was born as Michael Ray Stevenson in Compton, California and moved to Gardena when he was 12. Tyga is speculated to have had an economically comfortable early life, contrary to what the rapper has claimed in the past. Tyga started rapping at 14 and released his first independent album in 2008 through Decaydance Records (now known as DCD2 Records).

It was Tyga’s debut mixtapes that intrigued producers at Young Money Entertainment and soon the young boy from Gardena became a crew rapper of the label. It was the label’s super prodigy and rap star Lil Wayne who got Tyga on some of his tracks as a featured artist. Tyga’s hit debut single “Far Away” in 2011 brought in several hit collaborations, like “Rack City,” “Faded,” “Deuces,” “Dope,” and the most recent Chris Brown collaboration “Loyal.”

Tyga’s 2013 studio album Hotel California made around half a million in record sale earnings, and last year’s The Gold Album: 18th Dynasty studio album has added an estimated $750,000 to Tyga’s net worth. Tyga’s total earnings from his album sales and concert shows are believed to have added over $3 million to his net worth.

In the case of Tyga, music earnings haven’t been the major boost to his current net worth. Tyga had reportedly been involved in casual flings with exotic dancers from his music videos, and even has a son, King Cairo Stevenson, with video vixen and former lover Blac Chyna. While Blac Chyna is now rumored to be hooking up with Rob Kardashian, Tyga also found himself a Keeping Up with the Kardashians star. Tyga started dating young Kylie Jenner in 2015, and also started appearing in her famous family’s reality television series. The relationship caused a lot of controversy, considering the couple’s eight-year age difference, but also triggered a heated social media feud between Kylie and Blac Chyna.

Soon after taking his relationship with Kylie Jenner public, Tyga got himself a deal with the MTV2 network for his own reality show called Kingin’ with Tyga. The show premiered in July last year and will be airing its second this July. His television earnings have added a salary of $300,000 per episode, bringing in over $2 million a year. It’s safe to say that Tyga has earned a whole lot more since Kylie came in the picture, and the gorgeous young Jenner sister is quite lucky for the rapper. Kylie has also made appearances in Tyga’s “Stimulated” music video, and was seen in an episode of Kingin with Tyga. Meanwhile, the rapper is also helping out his girlfriend with picking some exquisite decor for her new $2.7 million mansion.

Tyga’s Net Worth Over the Years

Tyga himself has been renting a multimillion-dollar mansion in Hollywood Hills, even though he has reportedly moved in with Kylie in her new mansion. Tyga’s mansion features six bedrooms, skyline views, a wine cellar and a rooftop Jacuzzi with an infinity pool. However, recent reports reveal that the home’s landlord is pushing to have the rapper evicted, because he’s broken some terms of his lease. Surprisingly, this isn’t the first time Tyga has had to deal with upset landlords—he’s been ordered to pay thousands in back rent over the past year.

Ever since Tyga and Kylie’s relationship started, almost every tabloid in Hollywood is trying to get a sneak peek as to what this young celebrity couple is doing. Well, as far as Tyga’s net worth is concerned, it’s predicted that his fortunes will keep rising with Kylie Jenner by his side.