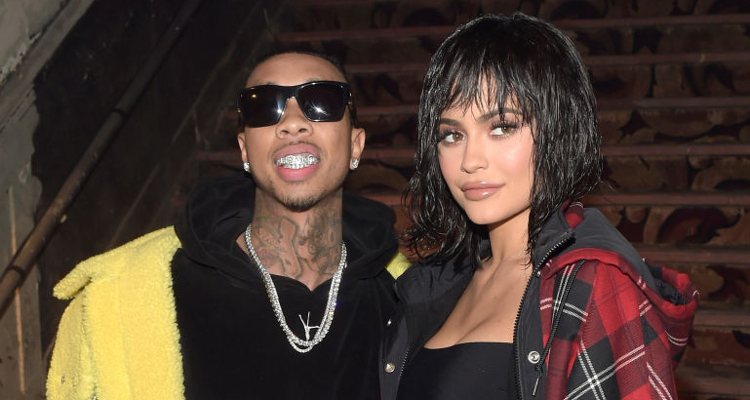 Tyga and Kylie Jenner have proven time and again that they are perfect for each other. The loving duo has supported one other through thick and thin, ever since they began dating in 2014.

Love them or hate them, you just can’t ignore them. Tyga and Kylie Jenner are one of the strongest couples in reality television today; a place where relationships are notoriously short-lived. The 19-year-old Keeping up with the Kardashians star has grown steadily closer to the “Show You” rapper since they went public with their relationship. The duo had faced backlash in the past, owing to their considerable age difference and the fact that they began dating when Kylie was only 16. However, fans of the young lovebirds are always rooting for the couple, and Tyga recently came out in support of Kylie, at the launch of her pop-up store in New York City on February 13. Thousands of Kylie’s fans thronged to 27 Mercer Street and waited patiently outside her store as the Lip Kit Queen and her tattooed beau showed up at noon. Later, Tyga took to Instagram to congratulate Kylie on her successful launch by posting a photo of the attractive pair in the NYC pop-up shop.

Tyga Congratulates Kylie at the Launch of NYC Pop-Up Shop

The youngest Kardashian has quickly moved out of her famous older sisters’ shadows to become a celebrity in her right. Kylie launched her wildly popular lip kits last year and founded her own makeup line called Kylie Cosmetics. Although the starlet recently got shot down for trying to trademark her name, she hasn’t let anything get in the way of her success!

Kylie Jenner and Tyga celebrated the opening of her NYC Pop-Up Shop by rocking yet another hair makeover. Kylie ditched her brunette bob in favor of a bright peach wig, which perfectly complimented her figure-hugging nude dress, matching boots, and faux fur coat. Tyga’s Instagram account recently showcased a photo of the couple at the launch, posing in front of neon lights spelling out Kylie’s name. He captioned the photo, “Congratulations on your NYC Pop up Store!!!” and the post has already got over 130,000 likes in the two hours since it was first posted.