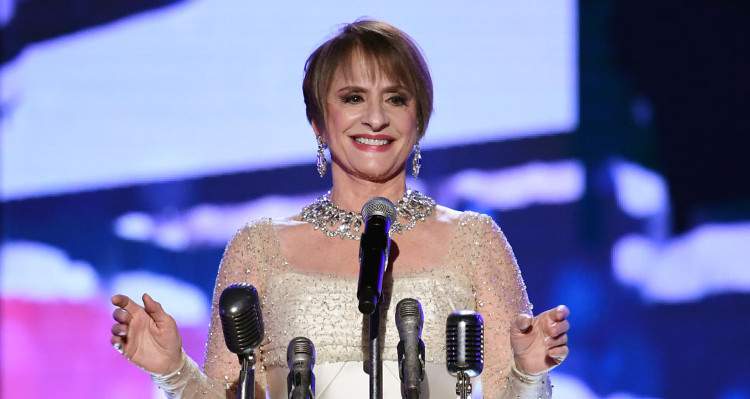 Audiences were simply blown away by veteran Broadway star Patti LuPone’s Grammys 2018 performance at the ceremony on January 28, 2018. Her fans took to social media, especially Twitter, to express their feelings and thoughts regarding the virtuoso. Check out some of the reactions from her numerous fans below!

The Grammy Awards and Broadway usually don’t mix well, but things changed this year. The Grammys 2018 got a large dose of musical theater on the evening of Sunday, January 28, 2018.

Patti LuPone brought the house down and got most people to stand up and applaud her after she sang a grand version of the song, “Don’t Cry for Me Argentina,” from the musical, Evita. She had previously performed this iconic song at the Grammys way back in 1981.

LuPone has won a Tony Award for her performance in Evita in 1979.

Patti LuPone is one of Broadway’s all-time superstars and an American actress. She is best known for her incredible performances in stage musicals.

LuPone’s performance on January 28 has left all her admirers dumbstruck with admiration. And they have been raving about it on social media!

In fact, Twitter has exploded with fans’ reaction to her fantastic performance, which stole the thunder at the 2018 Grammys.

The 68-year-old singer acted in a musical called War Paint on Broadway in 2017 and won tons of accolades.

Check out some of the reactions on Twitter, which prove that LuPone has gotten better with age.

How kind of the Grammys to showcase real talent for 10 mins of the 3.5 hr show #BenPlatt #PattiLuPone

#PattiLuPone legit just stole the show. She could’ve kept singing the rest of the night and I would’ve been fine. #GRAMMYs

To those people who remained in your seats when #PattiLuPone finished singing "Don't Cry for Me Argentina", there's one or two reasons. Either you have a medical excuse or you don't know sh*t about music. #GRAMMYs

The #Grammys audience doesn't know WTF to do with themselves… They FINALLY got to hear someone who can ACTUALLY SING !!! HAHAHA #BRAVA, #PattiLuPone !!! ?#BroadwayRoyalty #EVITA @OfficialALW pic.twitter.com/IZSPWYIeRE

Quiet.
It's a legend.
Still taking your breath away at 70.
Wow.#PattiLuPone #GRAMMYs

Initially, some viewers got confused between Patti LuPone and Patti LaBelle because they misheard James Corden when he announced the performance that was to follow. They thought that Patti LaBelle was going to perform.

However, the moment of confusion dissipated quickly once Patti LuPone arrived on the stage and delivered a rousing performance.

For those expecting to see Patti LaBelle at the #GRAMMYs tonight, we're so sorry. https://t.co/lbwIl3rXzZ