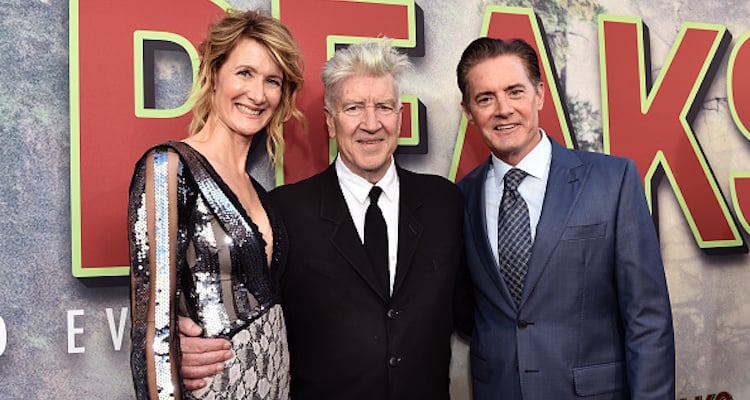 Once again, Twin Peaks 2017 wins the award for “What the hell just happened?” and fans are left wondering how and why! It’s pretty standard that after an episode airs, a Twin Peaks recap is needed —and the latest episode was no exception. So, if you need a Twin Peaks episode 8 recap, then don’t go anywhere.

Let’s just say, things got weird on Twin Peaks’ “The Return” episode 8 and technically, “weird” is normal for the show, but every fan knows that already. But then there are moments that just need a bit of explanation and frankly, a map, breadcrumbs, and a giant arrow pointing to the answer! Twin Peaks’ episode 8 went full on out of this world and more than a few things had well-deserved question marks.

Nine Inch Nails, remember them? Well they made a cameo at the Roadhouse and the goth rock band’s appearance was considered the most realistic part of the episode. The band reminded us that they are, in fact, still alive and played “She’s Gone Away,” which talks about digging and fingers bleeding in the first line. Welcome back guys, see you in the next 10 years?

The Birth of BOB

Does anyone else recall something floating in space? There was a lot of vomiting and/or spitting or giving birth to something (or someone). One of those somethings was BOB’s face on an orb —the show even managed to complicate what we thought was basic biology! Let’s just hope no one uses this episode as an answer to how babies are made! Laura also gets an orb of her own and it was either a sign or her reincarnation. It’s definitely a scene that would need re-watching.

It was 1945 in New Mexico and there was a mushroom cloud, which represented one of the first detonations of a nuclear bomb. Later, the Woodsmen appeared and claimed the Convenience Store for themselves. Time moved on and it was 1956 in New Mexico and one of the Woodsmen kept asking, “Got a light? Got a light?” They also scared drivers on the road, which wasn’t surprising at all. A Woodsman made his way to the KPJK radio HQ and killed a secretary (because, why not?) and a radio employee, by digging into their faces until his fingers bled! That explains the Nine Inch Nails song earlier —we knew they had a purpose in this episode! It was still gross, but it was a clever nod to the band.

He then spoke into the microphone, sending a message through town:

The horse is the white of the eyes and dark within.

There was bit of debate as to what he said, but you never know with TV shows. The point is that he hypnotized everyone, though not so much how he did it. Then, a creature was born and crawled into a little girl’s mouth —it was very Stranger Things or like BOB in “Fire Walk with Me.”

On a scale of one to 10, we would have to rate this episode an 11 on the weird scale and encourage you to watch it again!