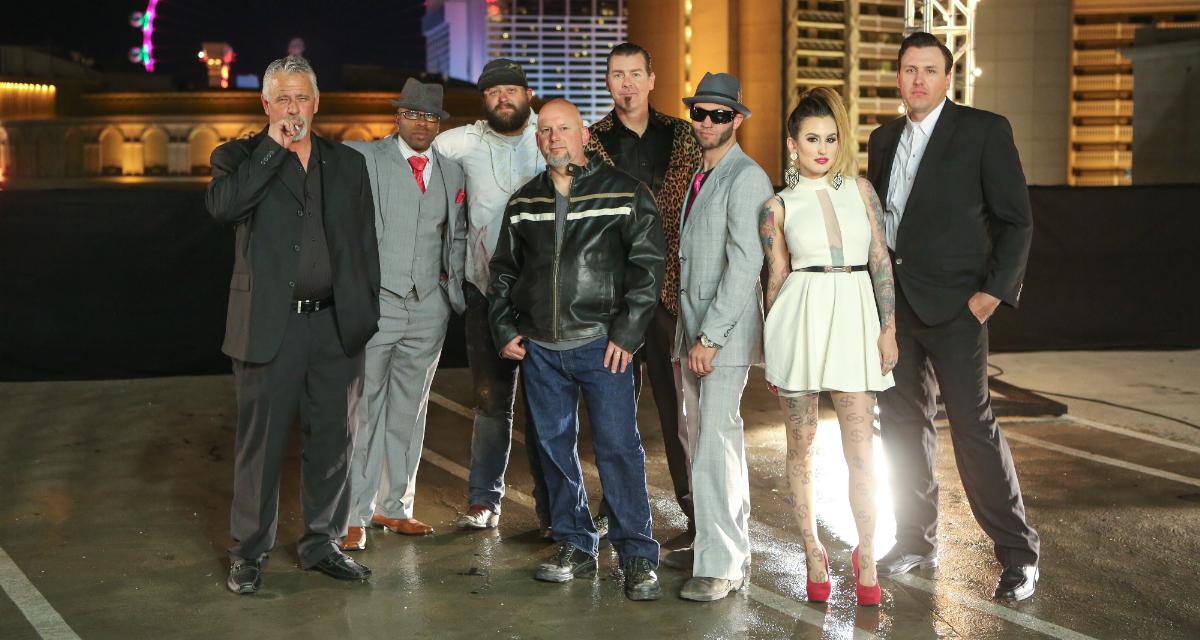 Vegas Rat Rods season 4 will be premiering on October 1, 2018, on the Discovery Channel. But everybody’s favorite star from the show, Twiggy Tallant, has been visibly missing since the end of the second season. If you want to know more about her and what she’s been up to, then here are some details from Twiggy Tallant’s bio.

She Recently Celebrated Her 30th Birthday

According to her Instagram post, Tallant recently turned 30. One known fact is that she was a stripper in her 20s and still calls herself  “The Nerdy Stripper,” even though she has retired from the industry.

She battled through hardships, lived life to the fullest, and has achieved a lot at her young age.

A eulogy for my twenties: What can I say, I lived the shit out of them. I was a stripper, travelled the world, got deported from Australia, worked for the Discovery Channel and found my calling. I climbed tall mountains, and surfed for days. I chugged Jäger our of super soaker. I performed on stages I never thought I could, learned to weld, rode motorcycles, ate everything, got a lot of tattoos. I GREW MY FUCKING HAIR! I battled my crippling anxiety, I found happiness and purpose and love. I lived exactly how I wanted, listened to no one, pinballed my way through my twenties, smacking into everything like Mr. Magoo on the way up and came out of it an evolved Pokémon. So cheers to my twenties🥂 May the fuck ups become lessons learned, that whiskey preserves me like pickle, and that good lighting always finds me. May the weirdo in me never die. Thank you to everyone that helped me make it this far. I’d be nothing without you xox • • • #happybirthdayme #goodbyetwenties #vomit #wellwereherenow #adventuretime

Tallant also worked in Canada as a model. She was even hired to work as a booth professional at a car show. In fact, that’s when she saw her first rat rod and fell completely in love with them.

Tallant wanted to learn everything there was to know about rat rods. So, to further pursue her interest, she took an automotive technology course at the recommendation of her friend, Stony Smith, a renowned Ontario customizer.

She was the only woman in her class and faced constant put-downs from students and her instructors. But Tallant persevered and decided to take a two-year program at a different school, which she completed in 2014.

Tallant then got the opportunity to work as an apprentice at Steve Darnell’s Las Vegas shop, Welder Up. This meant that she also earned herself a role on his show, Vegas Rat Rods, and she’s been a part of it since the first episode.

The show is all about, “Steve Darnell and his team of rat rod specialists are master automotive fabricators. They work out of a sprawling garage, Welder Up, re-building one-of-a-kind Mad Max-style ‘rat rod’ cars out of hidden treasure for quirky customers.” 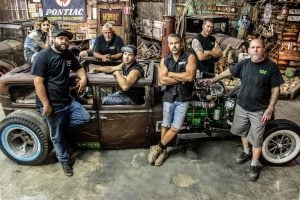 Tallant is the only woman on the show, but her skills at customizing the cars are equally impressive to any man’s. She was a regular on the show for two seasons before she returned to Canada. She continued her passion for automobiles through welding and metal fabrication.

According to reports, Tallant is currently studying at George Brown College to get her Welding Fundamentals Certificate. She also plans to launch her initiative, “Hair Up, Hustle Hard,” a community for women in the trades and girls who want to pursue a career within them.

Also Read: Steve Darnell Wiki: Everything to Know about the Welder Up Genius

A cute fun story. Shortly after my awesome mother came to my show at Pride last year (which is where this photo was…

And she’s completely open about her sexuality. Tallant, accompanied by her close friend, took her mother to the 2016 Pride Parade. But she hadn’t come out yet back then. However, Tallant’s mother knew that her daughter was a lesbian, and a year later, Tallant and her close friend came out of the closet and started dating each other.

Her Family Lives in Toronto, Canada

Tallant comes from a big family and hails from Toronto, Ontario. Her mother has 11 siblings and they all live in England. As for her family, Tallant’s mother and sister live in Leeds. She is very close to her family and often posts photos of them on her Instagram.

Twiggy Tallants’s sister is Brianne Foulkes, who recently celebrated her 26th birthday. She is also from Toronto, Ontario.

Her mother is Paula Tallant, and she lives in Toronto, Ontario, as well. She attended the University of Leeds and currently works at the City of Toronto.