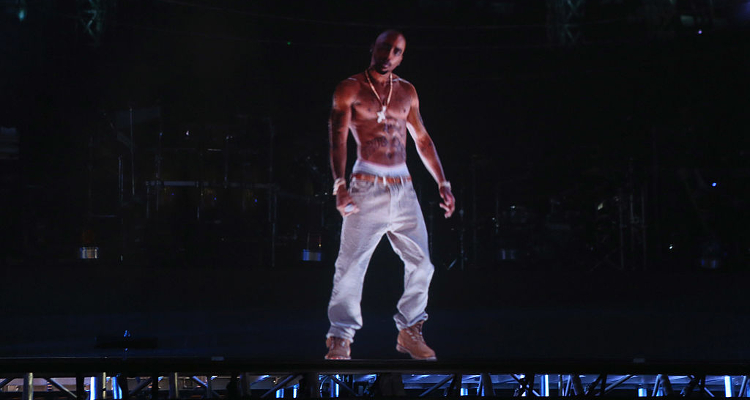 If you’re curious about Tupac Shakur’s net worth after he passed on from this existence and the estate’s financial standing after the passing of his mother, this article may have just what you’re looking for! Here is a look at how the estate of a dead rapper can still out gross some of the today’s stars.

Tupac Shakur had almost attained legendary status before he was gunned down in September of 1997. But since his death, he has become not only a legend but a hall of famer. Recently, Tupac was voted into the Rock n’ Roll Hall of Fame, which will not only honor the legacy of the rapper but will also help increase record sales nearly twenty years after his death. This brings up the obvious questions, how rich was Tupac Shakur? Or maybe more appropriately, how rich is Tupac Shakur now? We’ll take a look at this hip hop legend and try and unravel his current net worth, while also factoring in the recently passed Afeni Shakur’s net worth. If you’ve ever been curious about how an estate can live on after someone is no longer here, we encourage you to read on.

Tupac Before His Death

In order to look at his finances now, you have to at least take a snapshot of what they were when Tupac died, in order to get an understanding of it.

At the time of his death, Tupac had released four solo studio albums, he was featured in a number of movies, and he had a net worth of approximately $40 million.

If you’re ever curious why there are so many Tupac Shakur murder theories and why anyone would have wanted him dead in the first place, the best place is to start at that number. A $40 million estate is nothing to discount and a lot of people, whether would have ever gotten it or not, may have thought killing him would somehow snag them a piece of that fortune.

Until the End of Time

For a rapper who is no longer alive, Tupac has certainly put a lot of work into his estate over the years. At the time of this writing, a ton of Tupac’s material has been released, despite the fact he is no longer breathing. This includes six studio albums, one collaboration with Outlawz, fourteen compilation albums and appearances in five films. That’s more than he put out while he was alive! The frequency and abundance of this Tupac material have led his estate, continually making money long after Tupac died. While there are no straight figures on what Tupac’s net worth is today, there is one way to look at it and that’s through his mother.

At the time of her passing, Afeni’s net worth was approximately $50 million. It is estimated that Tupac’s estate was generating at least $1 million per year, giving Afeni somewhere around $20,000 a month! Now given Tupac’s estate at the time of his death, it would be fair to guess that a large portion of Afeni’s estate comes from her sons, with a portion derived from her own work as a speaker and lecturer around the globe.

That being said, next year may be a banner year in the life of Tupac’s estate. With his induction to the Rock and Roll Hall of Fame, Tupac will more than likely get a noticeable sales boost, as most inductees usually do. There is currently talk of a feature film about Tupac’s life and given how well Straight Outta Compton did at the box office, that could also increase dollar signs to the estate. Not to mention the looming possibility that his likeness may go on tour as a hologram. While we can’t say for certain, we do know the following.

And if you think that estate’s impressive, you should see Michael Jackson’s!