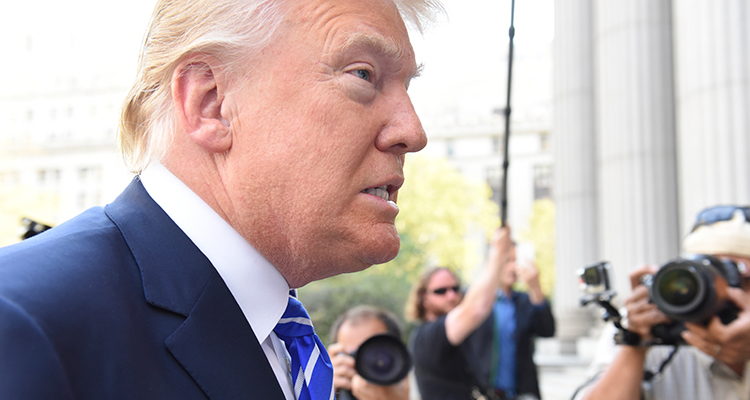 It’s joked that since his death, rapper Tupac Shakur has released more albums than when he was alive. Well, maybe he was even more farsighted than preparing potentially posthumous tracks, because his early ’90s comments about Donald Trump make Tupac sound like nothing short of a prophet.

A recently discovered MTV News interview from 1992 with the well-loved rapper has been posted by the network on its web site. Four years before his death via drive-by shooting in 1996 and 23 years before Trump would announce his candidacy for president of the U.S. in 2015, Tupac, then age 21, made comments regarding Trump that could be said to hit especially close to home given the current state of events.

Shakur explained that “you’re taught that from school, big business, everywhere: You want to be successful? You want to be like Trump? It’s gimme gimme gimme, push push push, step step step, crush crush crush. That’s how it all is. Nobody ever stops [sic].” Many would argue not only that this perspective on Trump still applies, but also that it’s truer than ever. These same people might also say that the man allegedly bought and stepped on people to get as far as he has in the race for the Republican candidacy.

In the Tupac MTV interview, the rapper also commented on the financial divide in America, saying that “there’s no way that these people should own planes and these people don’t have houses, apartments, shacks, drawers, pants” and that “even if you earned it, you still owe.” Let’s just say it’s likely that Donald Trump, whose wealth—part self-made and part inherited—hasn’t been donated to any charities over the past five years, would not share Shakur’s sentiments. The late rapper also called out the now-deceased Michael Jackson for having so much and doing so little to help people with it.

However, Shakur admitted that he was guilty of not sharing his own money more liberally as well. Saying in the MTV interview that he felt “guilty” walking past someone who wasn’t as fortunate, he added, “If I have three thousand dollars in my pocket, I feel like it’s wrong to give that person a quarter or a dollar.” Were he still alive today, perhaps things would be different, though he likely would have some choice words regarding the idea of Donald Trump becoming president.