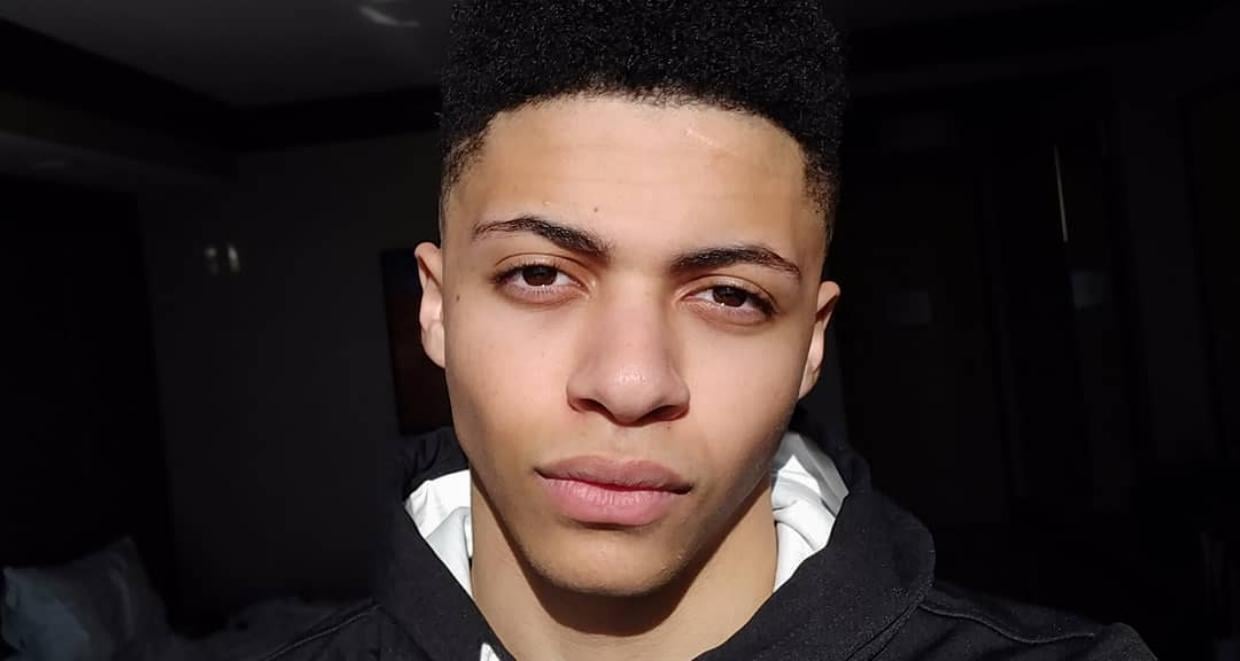 There are thousands of professional gamers today, but there are only a few who stand out. One such gamer is TSM Myth, a Fortnite player. He may not be as big as Ninja, but he falls in the same circle when it comes to pro Fortnite players. Learn more about his personal life with details from TSM Myth’s wiki, right here!

The pro Fortnite gamer known as TSM Myth or Myth has been playing video games since he was four or five years old. He started his YouTube channel in 2013 when he was just a 13-year-old.

TSM Myth’s YouTube channel now has over 2.3 million subscribers, which is only rising by the day!

Born on May 24, 1999, TSM Myth’s age is 18. The pro gamer has come a long way on Twitch, as well as YouTube, by playing video games and posting them online.

TSM Myth’s real name is Ali Kabbani and he lives in Dearborn, Michigan. He is a graduate of Fordson High School.

As his mother was mentally unstable, Kabbani was adopted and raised by his maternal uncle and his wife since birth. But he visits his mother every other Sunday as he loves her dearly.

The 18-year-old has sisters and an older brother. He and his siblings are reportedly not able to live with their mother because of her psychological condition.

Kabbani comes from a Syrian background but doesn’t know much about it, as he stayed away from his mother. He says that the family is more modern and Americanized.

When Ali Kabbani was a baby, he had tremors in his leg so he was nicknamed “Thumper.” The medical condition was diagnosed as a withdrawal from the drugs his mom used to take before he was born.

His uncle, who Kabbani calls his “dad,” hated the nickname. And he would often go “off on his kids” when they called him Thumper.

Today, Ali Kabbani is considered one of the best Fortnight players around, up there with Tyler Blevins aka Ninja. He is a highly sought-after player and is the captain of Team SoloMid. 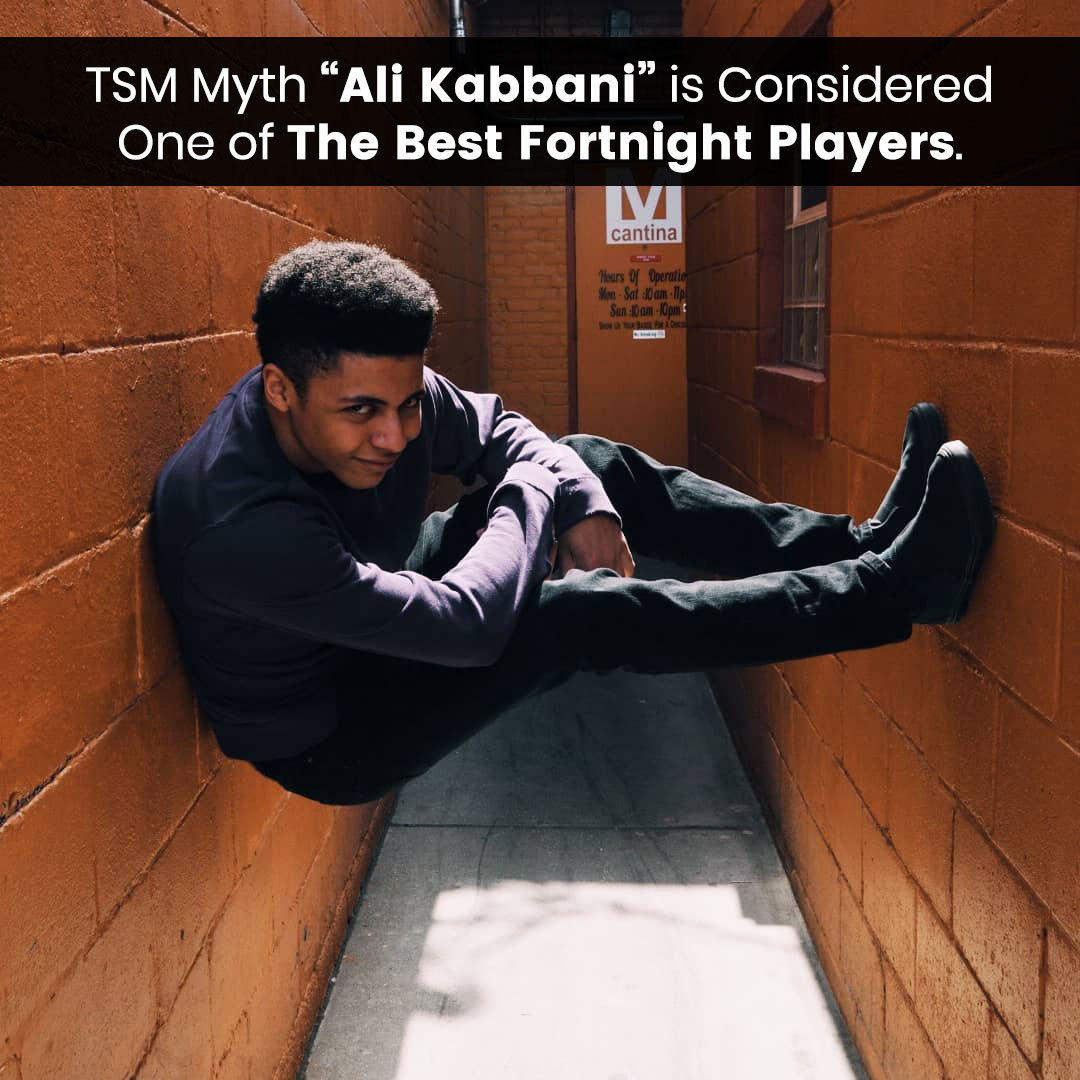 The Esports Arena in Las Vegas hosted pro players from across all borders. And the Myth and Ninja duo stood out the most.

They are also known as the Cookies and Cream Duo. The story behind their name involves spitting out a chocolate bar!

In an interview, Kabbani explained the origins of the infamous tag given to the two pro Fortnite players. He said that it was during one of their initial videos together when they happened to be rapping and singing.

One of them spit out a chocolate bar, and  “cookies and cream” just clicked for them both. They have even racked their brains to come up with ideas for having their own Cookies and Cream animated series and merchandise!

TSM Myth seems to be making some serious cash through Twitch and YouTube, where he has millions of followers. The streaming site usually strikes a deal with the players if they are as famous as Myth or Ninja.

Half of the amount earned in subscriptions should go to the players. This means that Myth pockets $2.50 per subscription.

YouTube earnings statistics by SocialBlade show that the teen earns between an estimated $102,000 and $1.6 million annually for his videos on the channel. This could translate roughly to $30,000 a month.

But Twitch seems to be earning him more than that.

Endorsements are yet another way for social media stars to rake in some big cash. And with Dr. Pepper backing Myth up, he has no worries at all.

TSM Myth’s Estimated Earnings are Calculated Between $2,300 and $4,000 per post. Credit: Instagram/tsm_myth

In addition to the soda product, Myth also endorses SoloMid merchandise, like their infamous hoodies.

Appreciated by the Mayor

Ali Kabbani received a personal note from Mayor John B. O’Reilly Jr.’s office, signed by the mayor himself. He thanked him for bringing more attention to his city, Dearborn, through his career.

A part of the note read, “We appreciate that your tremendous accomplishments have drawn attention to Dearborn in a positive way, including through a high-energy event on April 28, 2018, that attracted hundreds of fans to our city.”

In addition to the gratitude received by Dearborn’s governing official, he also receives encouraging notes from Dr. Pepper, who give him free stuff for all his achievements and helping them gain a bigger market.

TSM Myth hosted a meet-and-greet at the Performing Arts Center in his city and is a legit star where he comes from. 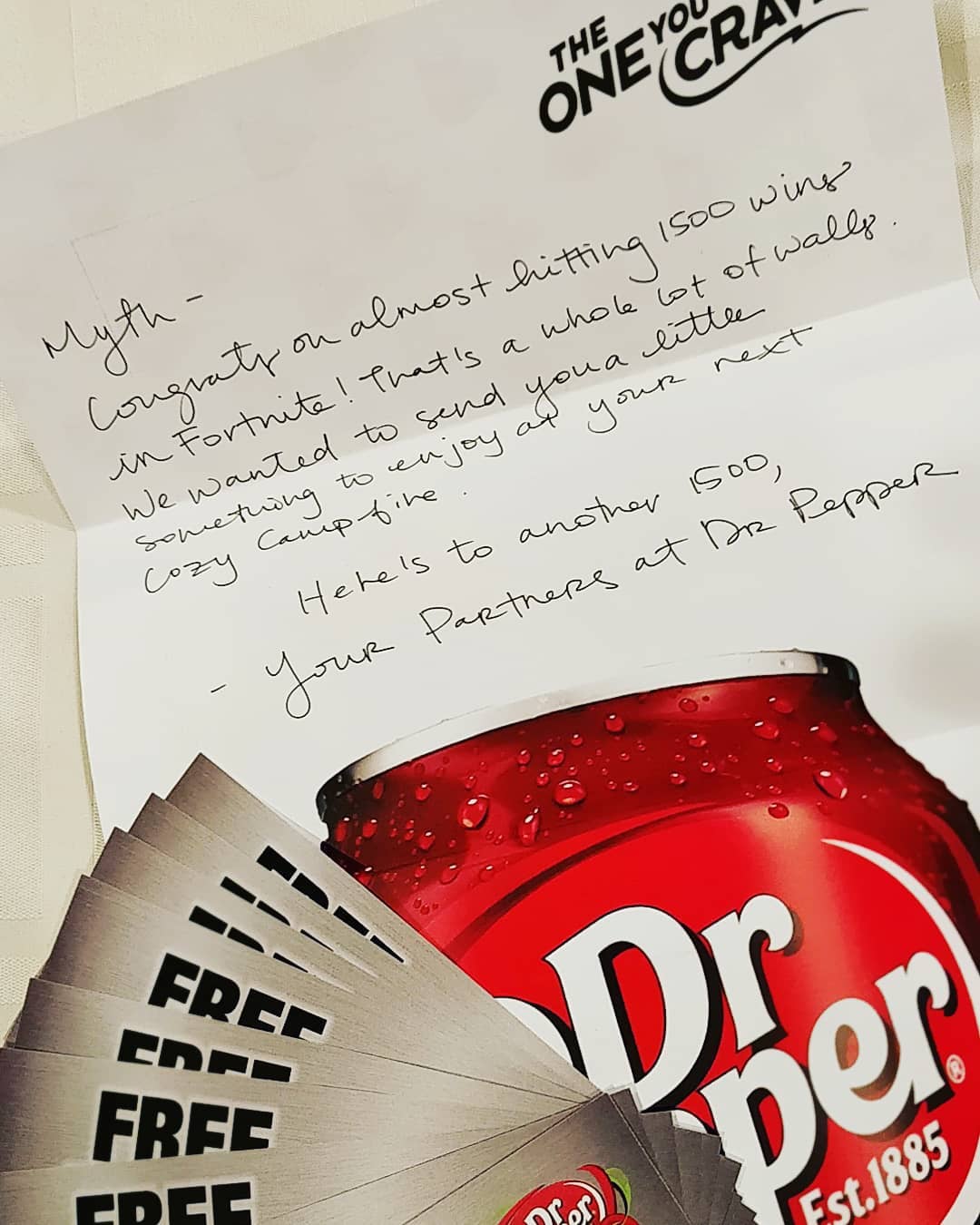