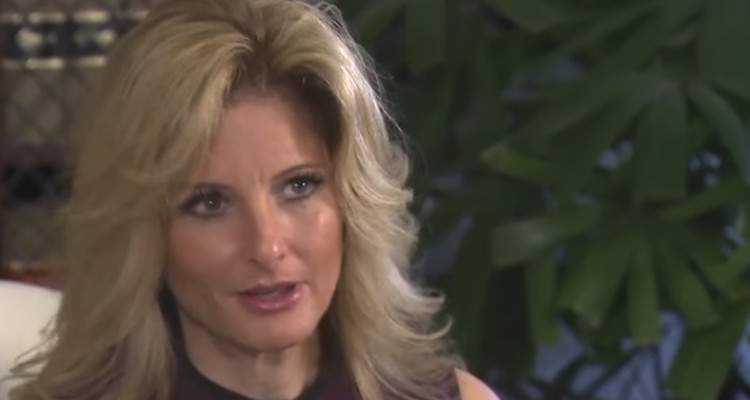 The beginning of 2017 saw one of the biggest controversies ever. Summer Zervos, The Apprentice contestant, sued President-elect Donald Trump for defamation.

Summer Zervos and Donald Trump were all over the news at the beginning of 2017 when The Apprentice contestant sued Mr. President for defamation. She claims that he aggressively kissed and groped her, but Trump later went on to call her a liar.

Summer Zervos’ lawsuit demands that Donald Trump “vindicate her reputation” by admitting the allegations are true. Many people are intrigued by this issue but don’t seem to know much about her. So, if you are wondering who Summer Zervos is, this one’s for you! Read on to know all about her, right here in our Summer Zervos wiki.

Summer Zervos on The Apprentice

Filmed in 2005 and aired in 2006, Summer Zervos was a contestant on the fifth season of The Apprentice. She is a restaurant owner and was the first contestant to be fired from the series, after her teammates accused her of not pulling her weight. Although Trump was keen on firing her team leader, he eliminated Zervos after she kept interrupting him.

Summer Zervos’ age is not known, but we do know that she was born in Huntington Beach, California, and was raised in Orange County. In spite of lacking formal qualifications, she emerged as a successful businesswoman and is currently the owner of Sunny’s Restaurant in Huntington Beach.

In 2007, after the show’s completion, she contacted Donald Trump about a job, and he invited her to meet him at The Beverly Hills Hotel. Summer claimed that Trump was sexually suggestive during their meeting. He kissed her open-mouthed, thrust his genitals on her, and groped her breasts. She went on to say that his behavior was aggressive and in no way consensual.

On January 17, 2017, Zervos filed a defamation lawsuit against Trump after he issued a statement saying that she had lied about the allegations. She filed a subpoena for “all documents concerning any woman who asserted that Donald Trump touched her inappropriately.”

The Trump campaign did not comment on the subpoena immediately. Zervos is being represented by attorney Gloria Allred.

Donald Trump denied these allegations and said, “It’s just fake. It’s fake. It’s made-up stuff, and it’s disgraceful, what happens, but that happens in the world of politics.”

Last year, before the presidential election, Zervos held a news conference and confessed that Trump had touched her inappropriately during a meeting.

This accusation came a week after a 2005 video showed him bragging about groping and making unwanted sexual advances toward women. To this, Trump said that the video was just “talk” and he’d never truly behaved this way. However, within no time, several women went public with other allegations of sexual misconduct against him. Some of these allegations went back three decades!

Zervos then sued Trump for defamation in the New York State Supreme Court after he denied the allegations. The subpoena, part of that lawsuit, was served in March and entered into the court file in September. Trump’s lawyers then agreed to preserve the pertinent documents, but at the same time, they also tried to have the lawsuit dismissed or delayed.

Although Trump’s attorneys claim that all Zervos’ allegations are politically motivated, her lawyers beg to disagree. Trump’s attorney now faces a deadline of October 31, 2017, to further respond in support of the request for the case to be dismissed.

Let’s see who wins this battle. And, we hope that the truth comes out!