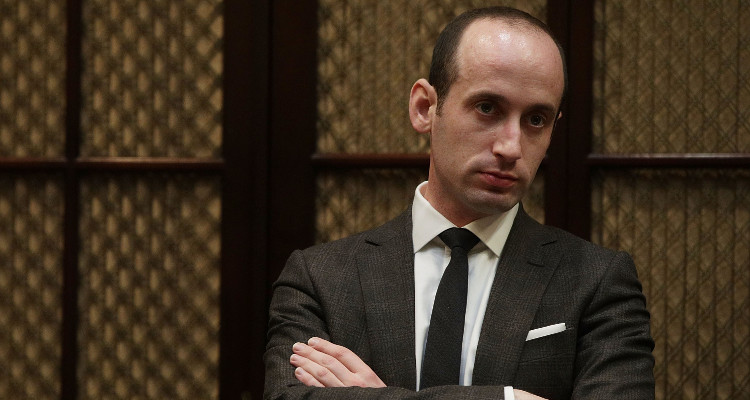 Stephen Miller is a notorious senior policy adviser in the Trump administration. A regular face in the media, he’s controversy’s favorite wild child. His latest media appearance had him strongly defend President Trump’s new immigration policy, and had everyone buzzing about his remarks.

President Trump’s senior policy adviser, Stephen Miller’s address to the media on Wednesday (August 2) is the latest confrontation between the Trump administration and the press. Miller strongly defended the president’s proposal for a merit-based immigration evaluation system. But in doing so, he argued the key symbolism of the Statue of Liberty. Miller’s rapid rise to the top was made possible by his no-holds-barred speeches and his impressive writing, which made him popular in conservative politics. Find out about his latest controversy in Stephen Miller’s wiki.

He Has a Liberal Background

Stephen Miller grew up in Santa Monica, California with parents who were Democrats. His mother came from a wealthy family running a retail business. His father was a Stanford graduate, who worked as a lawyer and in real estate. These days, the Millers run a real estate investment firm where Stephen briefly worked.

Also Read: Mike Enzi Wiki: Everything to Know about the GOP Senator from Wyoming

Miller’s neighborhood and school leaned towards liberal ideologies, which he rejected when he read Guns, Crime, and Freedom written by NRA CEO, Wayne LaPierre. The young Miller read more conservative literature, which ultimately shaped his ideologies.

In high school, he joined a conservative radio station and began fighting “political correctness” while advocating conservative values. He successfully lobbied for the daily recital of the Pledge of Allegiance in his high school. He wrote controversial columns for the school newspaper and criticized his own school for a pacifist response to 9/11. He is most known for the heated remark, “Osama Bin Laden would feel very welcome at Santa Monica High School.”

He condemned his school for encouraging sexual promiscuity by providing condoms. His classmates never saw him date anyone and Miller is, to date, single.

He Studied at Duke University

While majoring in political science at Duke University, Miller made quite a name for himself. He continued writing conservative columns for Duke’s newspaper, where he made some scandalizing statements. In one of his controversial columns, he argued about the gender pay gap, claiming that equality would hurt businesses. Most of his statements led to his classmates denouncing him.

But nothing brought him national attention until the moment he publicly defended four white Duke lacrosse players, who were accused of raping a black woman. While the accused were persecuted by pretty much everyone, Miller said he took a stand on principle. The charges were later dropped, but Miller became a nationwide upstart in conservative politics.

His Speeches are Fiery

Soon after graduation, Miller moved to Washington D.C. where he built his résumé. He worked with Rep. Michele Bachmann of Minnesota and Rep. John Shadegg of Arizona. In 2009, he worked with then Alabama Senator, Jeff Sessions. Before long, he rose to the position of communications director in Sessions’ office.

He was responsible for writing many of Sessions’ speeches. With Miller’s speech, Sessions was able to successfully oppose the Gang of Eight’s immigration reform bill in 2014. Miller reportedly wrote three speeches a day, and his colleagues were in awe of his speech-writing skills.

With a provocative way with words, Miller wrote President Trump’s inaugural address and his campaign speeches. He even warmed up crowds with his speeches during Trump’s campaign rallies. Shaping the spoken ideologue for Donald Trump earned him a position on the presidential transition team and he was appointed senior policy adviser for the Trump administration. At 31 years old, he is the youngest member of the cabinet now.

As part of President Trump’s cabinet, he was one of the key components that drafted the infamous travel ban. Miller was criticized by experienced policymakers for the way he handled the immigration policy and made contentious statements that would be used to fight the ban.

Miller’s immigration stand has once again made headlines, with the latest White House press briefing. President Trump earlier supported a proposal for merit-based immigration system that would reduce immigration into the U.S. At the press briefing, Jim Accosta from CNN asked if the policy is contrary to the American tradition, by reciting the lines from The New Colossus by Emma Lazarus etched on the Statue of Liberty’s pedestal.

“’Give me your tired, your poor, your huddled masses yearning to breathe free’,” recited Accosta. “It doesn’t say anything about speaking English or being able to be a computer programmer.”

To that, Miller responded that the poem was not part of the original Statue of Liberty and was inscribed later. Lazarus had written the poem inspired by the plight of refugees. Her poem was auctioned to raise money for the pedestal that would hold the giant statue gifted by France. She died of cancer years before her poem would be inscribed on a plaque fixed on the pedestal.

While Miller got his historical facts correct, the Twitterverse started criticizing him for missing Accosta’s point. The Statue of Liberty is a landmark of U.S. identity and a symbol for immigrants, who are welcomed by the sight of the lady with a torch when they arrive in the country. It was the same sight that welcomed Miller’s mother’s ancestors when they fled from Belarus to New York in 1903.

Miller and Accosta verbally sparred over the immigration policy, with Miller accusing the CNN journalist of “Cosmopolitan bias.” This is the latest confrontation between the Trump administration and members of the media.