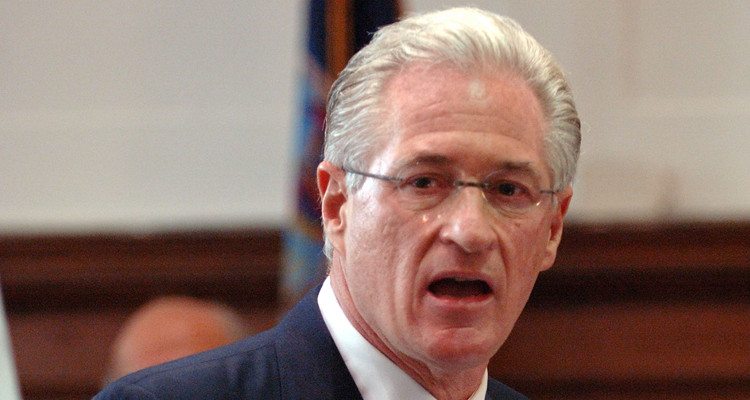 The political theater is getting to the best part! Former FBI director, James Comey testified before the Senate yesterday. President Donald Trump’s personal lawyer, Marc Kasowitz, addressed the aftermath of the explosive revelations.

Ever since James Comey was fired from his position as FBI director, a political drama has ensued. The broader Russia scandal plaguing the Trump administration was a part of his testimony to the Senate yesterday, and the President was quick to have his staff address it. Trump’s longtime personal lawyer, Marc Kasowitz, refuted Comey’s testimony in a statement. Everyone’s talking about the lawyer, and maybe more importantly, the factual and typographical mistakes in his statement. Here’s more about him in our Marc Kasowitz wiki.

Who is Marc Kasowitz?

Marc Elliot Kasowitz was born in New Haven, Connecticut to Robert and Felice Kasowitz. He has a fraternal twin brother named Stephen, and a younger sister named Susan. His father’s parents, Samuel and Rose Kasowitz, were originally from Poland and immigrated to Connecticut. There, Samuel started a scrap business with a push cart. Robert helped the business grow with his brothers, Milton and Harold. Marc’s maternal grandparents came from Poland and Russia.

After his education, Kasowitz worked to become on of the most “preeminent trial lawyers in the country.” He regularly served as a national trial counsel in complex litigation in the areas of bank finance, fraudulent conveyance, corporate governance, antitrust, securities, breach of contract, and commercial cases, among others.

He has also conducted internal investigations for corporate bodies. Kasowitz used to work for the law firm Mayer Brown, but left with 18 other lawyers and founded Kasowitz Benson Torress. His net worth hasn’t been calculated, but given his prolific legal career, he must have made a lot of money over the years.

Almost all of the 64-year-old attorney’s clients are well-known. He has been representing President Donald Trump for around 15 years, long before he became Commander-in-Chief. He has represented Trump in his divorce proceedings, bankruptcy cases, the sexual misconduct charges during the presidential elections, and now, during the ongoing investigation into the Trump campaign’s Russian ties.

He also defended Bill O’Reilly amid his sexual harassment charges. One of his biggest clients is the largest state-run bank in Russia. He also represented a company owned by Oleg Deripaska, a Russian oligarch.

He and His Wife Donate Lots of Money

Mayer is married to Lori Kasowitz, whom he met while she was working as a manager at Mayer, Brown & Platt. There’s no information on the couple’s children or whether they have any. They created the Marc E. and Lori A. Kasowitz Scholarship at Cornell Law and pledged to endow an additional $250,000.

In recent years, the couple has donated large sums of money to Republican causes and the Trump campaign. They have previously donated to Democratic politicians, including Barack Obama, Joseph Biden, Chuck Schumer, and Harry Reid.

After James Comey testified in front of the Senate, people were waiting for Donald Trump to respond, whether through Twitter or through his staff. A couple of hours later, Kasowitz made a statement on behalf of Trump disputing Comey’s claims.

He said that the former FBI director’s claims that he was told to let go of Michael Flynn’s investigation are not true. Marc Kasowitz also criticized Comey for testifying that he had asked a friend to read one of his memos to a reporter.

Kasowitz’s lengthy written statement wasn’t convincing to the masses. Time noted he made a factual error regarding the timeline of Comey’s memos that were revealed to a reporter. It was also noted his statement was rife with typos —from “Predisent” to misspelling the Director of National Intelligence’s name, Dan Coats. This is yet another mistake on the part of Trump’s staff and their lack of attention to detail, making them look incompetent.