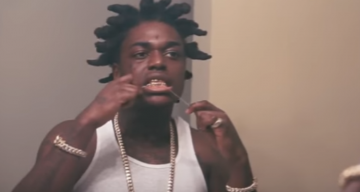 Have you taken a look at Kodak Black’s Instagram lately? If you haven’t, hurry up and buy your tickets to the talented rapper’s Back and Better tour before tickets are sold out!

It looks like Kodak Black has decided to turn over a new leaf and focus on his flourishing rap career. Fans of the troubled teen will know that Black has a rap sheet longer than his successful albums’ track list. The 19-year-old Pompano Beach native has been in trouble with authorities for a long list of offenses, ranging from battery and armed robbery to possession of cannabis, false imprisonment, and even fleeing from police officers. Touted as one of the most talented rappers of his generation, the VP of Atlantic Records declared, “Black has a bright future as a recording artist.” The “Real Chill” singer recently dropped his highly-anticipated single, “Tunnel Vision,” which was produced by Metro Boomin and Southside. The profound and politically-relevant song is already poised to become a summer hit, and Kodak Black announced his plans of hitting the road for his Back and Better tour. Here is everything you need to know about Kodak Black’s tour dates for 2017 and Kodak Black’s latest single, “Tunnel Vision.” 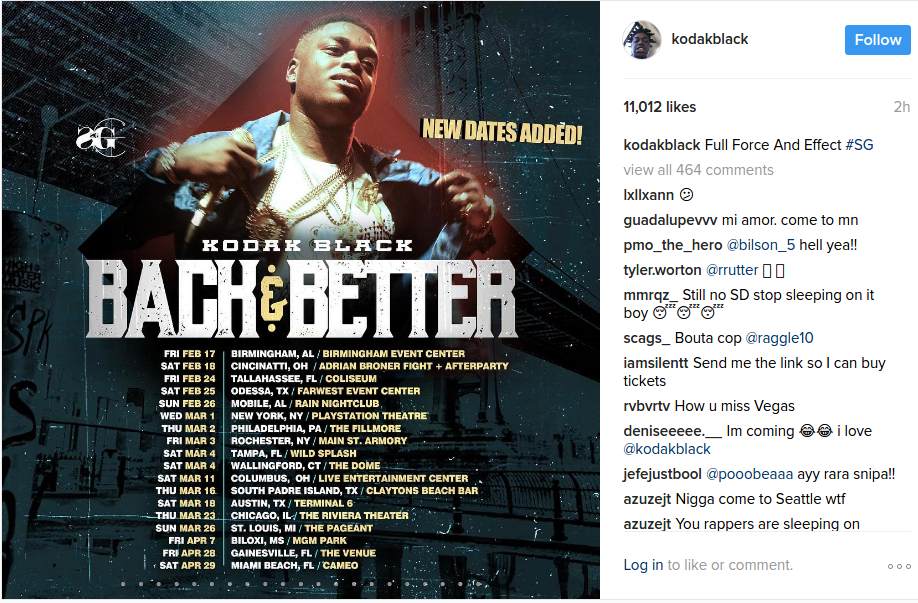 Kodak Black has amassed a large fan following because of his deep and meaningful lyrics, as well as his cinematically masterful music videos. The controversial 19-year-old rapper recently dropped his new single, “Tunnel Vision,” which has already racked up over one million views on YouTube because of its theme and music —a haunting combination of strings, flute and muted drums. If you’re searching for details about Kodak Black’s tour dates you’ve come to the right place. Check out all the cities Kodak Black will be visiting and buy tickets today!

Kodak Black’s Back and Better Tour Dates for 2017