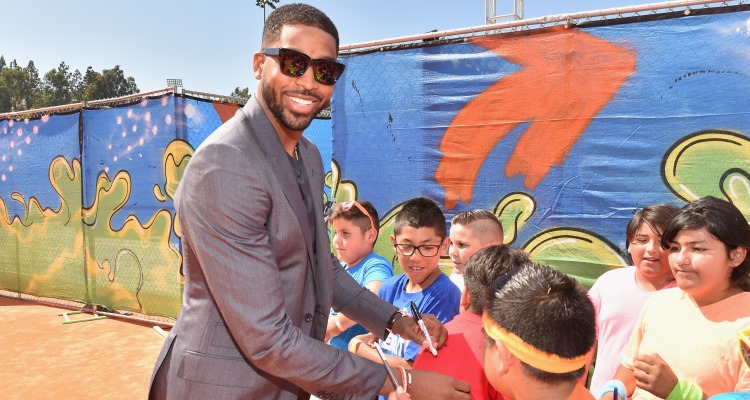 E! News reported early Monday that Tristan Thompson, Khloé Kardashian’s boyfriend, allegedly welcomed his baby into the world on December 12. Since then, several celebrity news sites have covered the story, but clear confirmation of the birth has not yet been made available.

Despite Thompson’s ex’s pregnancy, Khloé chose to stay with the Cleveland Cavaliers player and not let anything get between their relationship. In October, a source told US magazine that Khloé was “having fun” with Thompson and “just doesn’t want any drama.” On December 19, US speculated that Tristian Thompson’s baby mother and ex-girlfriend, Jordan Craig gave birth to their son, Prince, last week, after E! News broke the story. Pictures of Tristan Thompson’s baby boy have not been released, but two weeks ago, Craig shared a photo of her baby bump on Instagram expressing her excitement. “Going to miss my bump…but the best is yet to come!” She also released a tweet on December 15 that said, “I love you oh so much,” followed by two heart emojis. This has led her followers to further speculate that the child was indeed born.

Going to miss my bump..but the best is yet to come! ?? Vest: @AzurraDubai

If the news is true, Prince would be the first of Tristan Thompson’s children. The photo above, and her hints of the expected due date have led many to believe she already gave birth to their son, however, until there are confirming reports or pictures on social media, the news remains speculation. Rumors originally began circulating in September of this year that his ex-girlfriend Craig was pregnant, and she confirmed that the child was Thompson’s. This led to further speculation that the soon-to-be parents were still in a relationship, and that Khloé Kardashian was only a fling. The rumors turned out to be false, as Khloé and Thompson are still an item as of August 2016. Just Sunday Khloé shared a photo on Instagram (@khloekardashian) of the two of them in matching camouflage jackets.

Thompson and Craig have not written any comments on social media regarding the birth of their son, so until there are definite confirmations the story remains speculation.