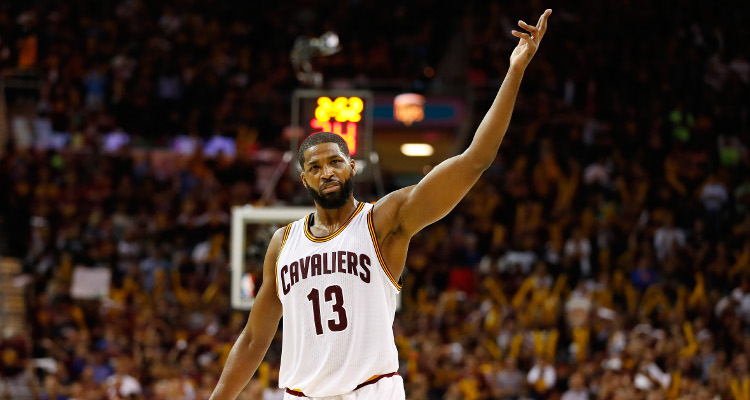 Tristan Thompson is reportedly expecting his first child with current squeeze, Khloe Kardashian. But the Cleveland Cavalier is no stranger to fatherhood. Tristan Thompson has a son with his ex-girlfriend, Jordan Craig.

It’s babies galore for the KarJenner crew! After it was revealed that Kim Kardashian West is expecting a third child through a surrogate, reports of her younger sisters’ pregnancies surfaced. First Kylie Jenner, and now Khloe Kardashian is reportedly pregnant.

The 26-year-old beauty has amassed a large Instagram following of over 382,000 with her glamorous pics. She has taken her social media modeling career up a notch with her fashion and lifestyle blog, All Eyes on Jordy C.

Here, she shares her lifestyle tips and style advice through segments like “Mommy&Me,” “Dear Diary,” “Beauty&Glam,” “Around-My-Home,” and more.

She sports extraordinary looks on her Instagram account, which will make you want to buy the entire ensemble. Craig has made it easier for her followers to buy her looks through her website, What Jordy Wore. You can get the same pieces that hang in Craig’s closet in all sizes through her fashion website.

Although she appears to have a pretty fantastic fashion career, Craig’s net worth hasn’t been calculated. However, her ex, Tristan Thompson, has a net worth of $8.0 million as a result of his successful NBA career.

In late 2016, Kardashian’s new romance with Thompson was making headlines until Craig dropped some huge news.

The model, who was dating Thompson just before he began a relationship with the Kardashian sister, announced via Instagram that she was pregnant with his child. The post in question was from her baby shower thrown by her cousin, Eniko Parrish.

That’s right. The same Eniko Parrish who is married to comedic actor, Kevin Hart, and expecting her first child with him. Parrish really went all out for her cousin on her big day.

Parrish and Hart are putting the sex scandals behind and are planning a lavish baby shower. Perhaps Craig will lend a hand in the Harts’ “Lion King” themed shower.

Congrats to the #Mommy2BeJordyC you're going to be an amazinggggg mommy! (It runs in the family) ? I cant wait to finally meet him. blessings to you and your new bundle of joy! xOxO. ?? @alleyesonjordyc #princeoliver ??

The eight-months-pregnant Craig revealed through her baby shower posts that she’s expecting a son. Thompson was reportedly helping out his pregnant ex and Kardashian would often travel to Cleveland to see her beau.

Thompson and Craig’s son, Prince Oliver Thompson, was born on December 12, 2016. Shortly after his birth, Thompson and Kardashian showed their love for each other during the Christmas and New Year’s holidays by posting pics together on social media, which prompted criticism from Twitterverse for seemingly ignoring his son’s birth.

Did you think Craig’s baby daddy dating a Kardashian is her only connection to the reality TV’s family? A lesser-known fact is that Craig actually dated Tyga who once dated the youngest KarJenner member, makeup maven, Kylie Jenner, who is reportedly pregnant with Travis Scott’s baby.