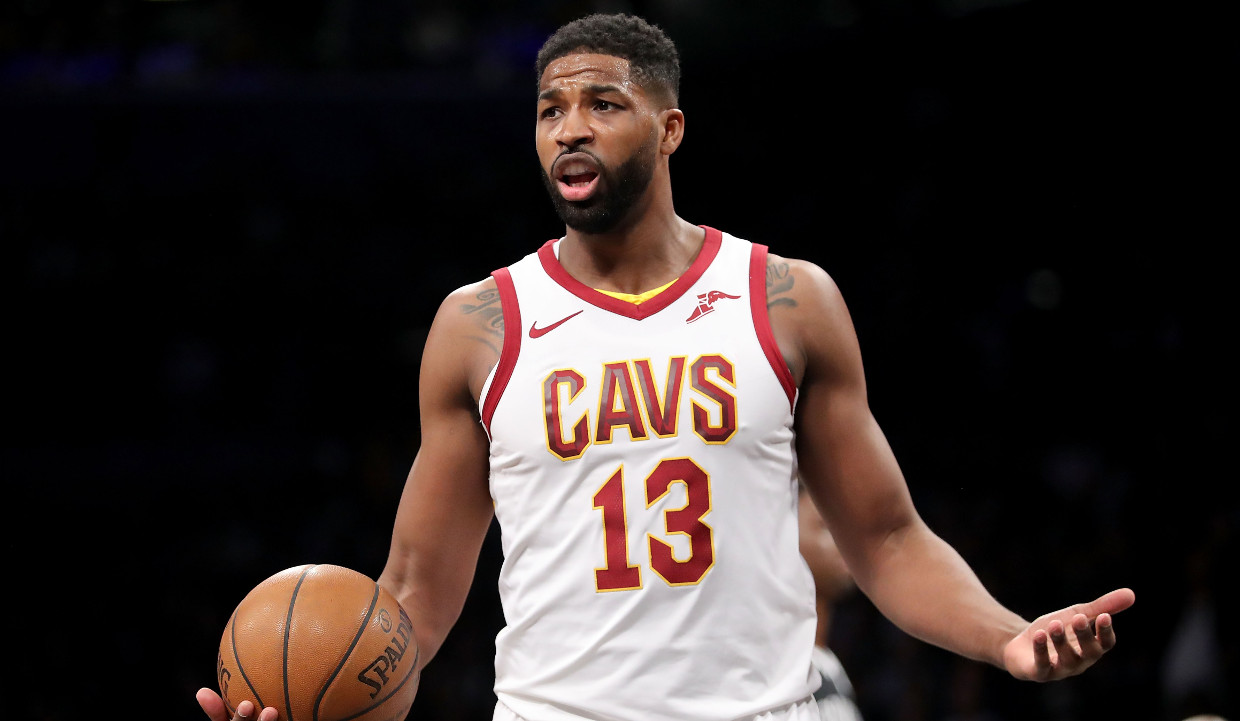 Khloe Kardashian is days away from giving birth, and her baby daddy, Tristan Thompson was caught cozying up to two other women! He was seen in a scandalous video that was taken when Khloe was three months pregnant. The video, which apparently shows Tristan Thompson kissing a woman, comes after he reportedly took another woman to a hotel last week! If you’re looking for Tristan Thompson’s cheating video, your search ends here. We’ve got you covered.

Tristan Thompson Caught in the Act?

Tristan Thompson was busted last weekend when he allegedly took a woman to a hotel room in New York City. And that woman was not Khloe Kardashian!

Khloe is currently expecting her first child with the Cleveland Cavaliers player. She is due to give birth to their daughter later this month.

Before Khloe could comment on Thompson going to a hotel with another woman, another damning video surfaced.

In the video below, Thompson is seen with three women at an NYC nightclub.

The incident reportedly happened in October 2017, when Khloe was three months pregnant! The video was taken when the Cleveland Cavaliers were playing against the Washington Wizards.

Thompson appears to make out with one woman and gets up close and personal with the other. The second woman even grabs his “family jewels”, and Thompson doesn’t seem to mind.

Khloe hasn’t commented on either instance. However, just before the cheating rumors surfaced, the KUWTK star had shared a romantic photograph with her baby daddy on Instagram. As of the latest reports, the entire Kardashian brood has suddenly unfollowed Thompson on social media!

Thompson’s social circle is apparently not surprised by his behavior. He is reportedly a known serial cheater among his friends.

The NBA pro has a son named Prince with his ex, Jordan Craig. His relationship with Khloe began months before Craig would give birth. It’s unclear if Thompson and Craig had officially ended things before he began dating Khloe. (Sound familiar?)

Meanwhile, social media has either been lashing out at Tristan Thompson or expressing their lack of surprise at his infidelity.