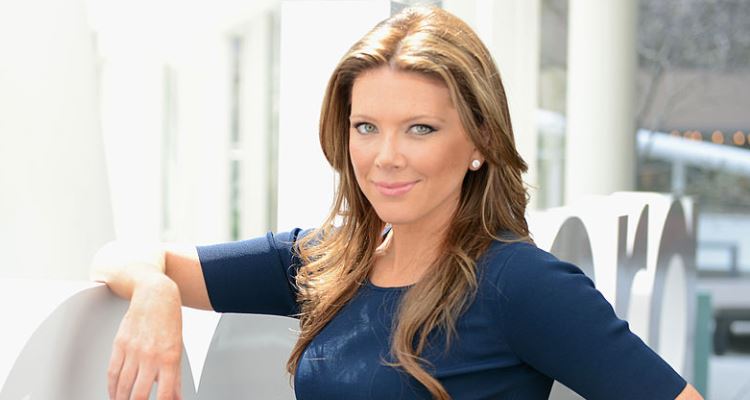 Fox News anchor Trish Regan recently made some comments about the biggest news story of the week: President Donald Trump’s response to the white supremacist rally in Charlottesville, VA. She’s turning heads as an exceptional newscaster, not to mention she’s absolutely stunning! Check out our Trish Regan wiki to find out what she said, plus more facts to know about her.

Last Wednesday, Trump’s comments on the rally in Charlottesville was the biggest news and business story of the week. “I think a lot of these CEOs are saying to themselves they did not like his response,” she said. “They didn’t like his delayed response, and the certainly didn’t like what they say in the press conference just yesterday afternoon.” She added that CEOs should consider their shareholders and customer base, and not just themselves and their futures. Trish Regan, age 43, joined the station two years ago, having previously worked with Bloomberg for four years.

Regan was born and raised in Hampton, New Hampshire, and even took home the 1993 Miss New Hampshire crown. She joined the pageant to save money for school, and her victory made it possible. Her winnings went straight to her tuition at Columbia University, where she studied American history and economics. As she studied, she also worked in emerging debt markets at Goldman Sachs. She had a job lined up right after her graduation, but after interning at NBC News in her senior year, she decided to become a correspondent and pursue journalism. Her first official job was at CBS News, then she moved to CNBC, and finally to Fox. She and Fox Business reporter Sandra Smith were the first all-female presidential debate moderation team.

Please join me again TONIGHT as I guest host #KellyFile 9pmE on #FoxNews.

So far in 2017, Regan has made a few controversial statements on television that have led some people to dislike and disagree with her. In March, she blamed former President Barak Obama’s policies for causing the formation and ISIS. “We have ISIS thanks to the direction of President Obama,” she said. In July, various news sites blew up with headlines, after she suggested that assassinating Kim Jong Un would be an appropriate solution to end the conflict between the United States and North Korea. She also called Un a “crazy fat kid.” Yikes!

Thank you, Aunnie, for our very first pet – a pet fish! [email protected]

Here’s a fun fact: Regan is a trained opera singer! She studied at the New England Conservatory, spending a summer at the American Institute of Musical Studies in Graf, Austria. She loved the art form, but found it intimidating. Upon her acceptance to Columbia, she was offered a contract with a German opera house, but decided to pursue her studies. “I was 20 years old and woke up and realized opera wasn’t what I wanted to be doing for the rest of my life,” she said. “The opportunity cost, to use an economic phrase, is too significant. You’re walking around with your instrument, you are your instrument effectively.” It looks like the news personality has a combination of brains and beauty, so if you want to see hot pics of Trish Regan, here’s a social media photo she shared as she prepares for duty!

Getting ready to go on set on the big night #demsinphilly