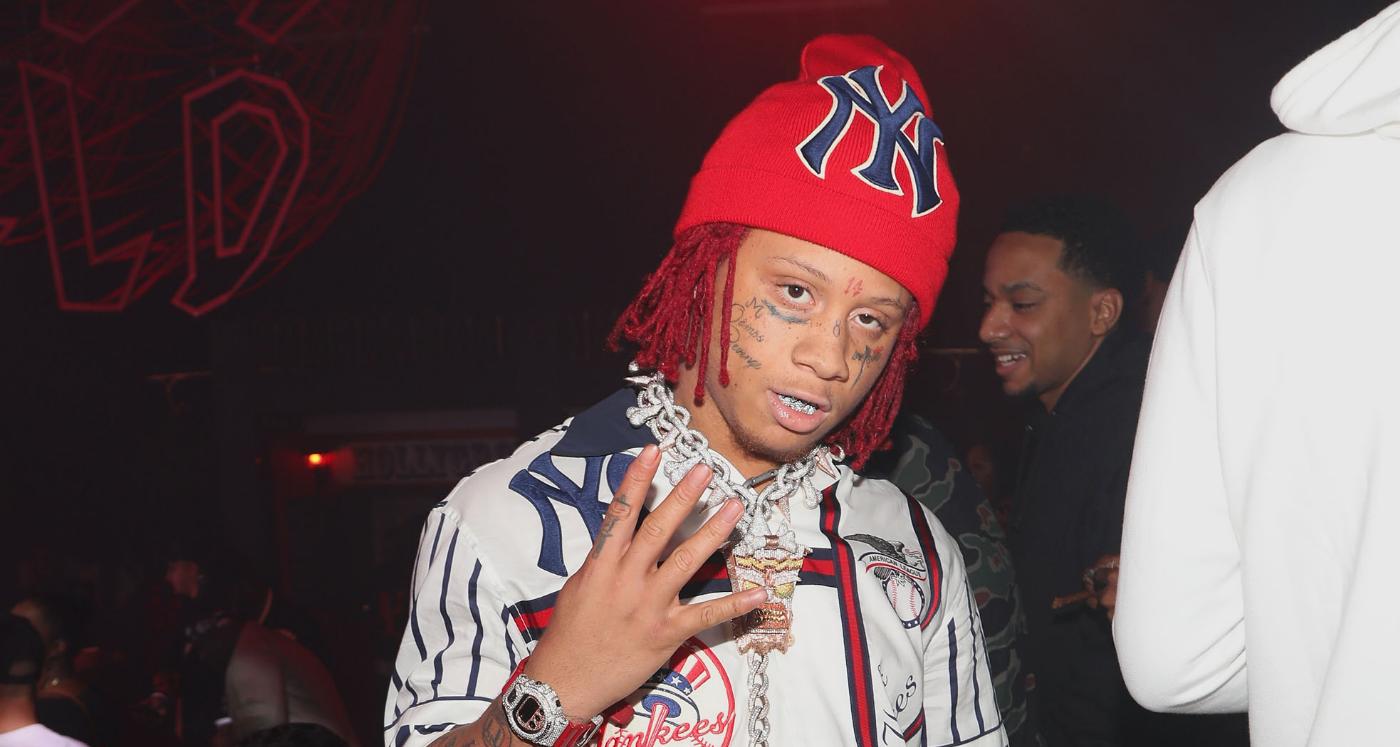 Rapper Trippie Redd (whose real name is Michael Lamar White IV) has some new music coming out, and he’s also been flashing a new tattoo! Not only is his career on the rise, but now fans want to know about the Ohio native’s personal life.

Trippie Redd is an American rapper and singer who seems to be taking the world by storm since landing himself on the Billboard 100 list. Now with his recent success, all eyes are on the lady often spotted on his arm. But who is Trippie Redd’s girlfriend?

One look at the rapper’s latest photo and fans had nothing but questions and hashtags for the young couple! If you want to know more about her, then you’re not alone.

Just hours ago, Trippie posted a somewhat revealing picture of himself and his girlfriend. The caption was an emoji of a diamond ring, lipstick, and lips.

The 18-year-old rapper took a photo holding his iPhone to the mirror, only to reveal his girlfriend, who was topless. He was also grabbing her ass and had his tongue sticking out!

But now the photo has people wondering about the lady he’s got a “handful” of!

Who Is Trippie Redd’s Girlfriend?

A lot is happening for Trippie right now. And by the looks of things, his love life is doing well. But who is the mystery girl he’s posing with?

Well, since Trippie tagged her, she’s not much of a mystery.

Although her Instagram is “angvish,” Trippie Redd’s girlfriend’s name is Aylek$, and she was born in Brooklyn, New York. Her birthday is July 24, 1998, and she’s only a year older than Trippie. She also has a younger sister who goes by the name “ayoitskat” on Instagram.

On her Instagram page, the aspiring musician wrote that she has upcoming music of her own and wrote the number “24” beside her caption. Is it possible she means April 24?

Trippie and his girlfriend posted a picture on Instagram of them outside playing Fortnite. They were wearing green and black street clothes and were standing in the middle of a pentagram made of sticks while holding a toy gun.

It’s possible that they are both big fans of the game, which has garnered a lot of attention lately thanks to Drake playing it a few weeks ago. Maybe there could be another team-up in the works?

Trippie teased his album in an earlier post. He hasn’t dropped a project since Angels & Demons, which was last October.

Not much detail has been given on possible collaborations or songs. But some are now wondering if Trippie Redd’s girlfriend will get a few bars of her own on a featured song.