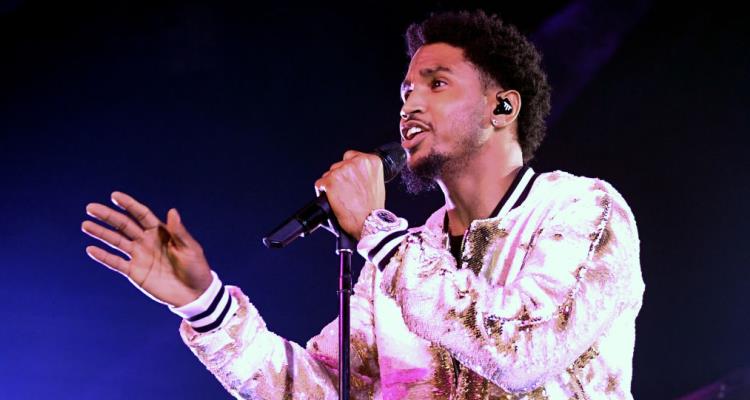 Who is Trey Songz dating now? The Tremaine R&B singer has been making headlines lately and now everyone wants to know what he’s been up to, and more importantly, which lucky lady he’s got on his arm. For more information on who could be Trey Songz girlfriend in 2017, scroll down below.

By the looks of it, Trey Songz (whose real name is Tremaine Neverson) is still single and the only woman who has his heart these days is his mother! Trey Songz’s dating timeline isn’t as long as you would think, and he hasn’t been publicly linked to anyone since he dated singer Tanaya Henry. Fans and observers of the “I Invented Sex” singer have the idea that Trey Songz’s girlfriend list is as long as General Hospital‘s TV run, but it’s not true! Songz spoke to Cosmopolitan about people’s misconceptions about his sex life and how he treats women.

“I don’t have as much sex as people think. Sometimes it’s Tremaine vs. Trey. When I’m like ‘I’m tired!’ he’s like, ‘No, you invented sex!’ I’ve got to live up to my reputation!”

He added: “A woman who’s with me will always be treated like a lady. My grandmother never let me walk through a door before her. Maybe it’s a Southern thing, but it’s how I was raised.” It’s nice to know behind all that soul and sex appeal, there’s a true gentleman!

Remember when Songz had his won reality show? The Vh1 dating web series was titled Tremaine the Playboy and it was about models like Kayla Nicole, Neeandra Brooks, Holly Joso and more, living in a house together as they fought for Songz’s attention. Psych!!—The reality show wasn’t real at all! It was a publicity stunt to promote his album! We’re still a little shocked that the show wasn’t real and it could have been hilariously fun to watch—like a much classier Flavor of Love. And for some reason, Vh1 still had the show on their website. But sadly, the show was just to gain interest in Songz’s album, but it’s too bad, because a Bachelor-esque version of a Trey Songz dating show would be fun to watch!

@meldcole captures so many moments of me living my life. I look at the photos and I realize that no matter what rumor came out, no matter who needs money, or who's mad I didn't text them back etcetera etcetera…I smile ALOT every day & I thank God for that. ????????

The People vs. Trey Songz

It seems the only dates Songz has time for these days are court dates! The “Touchin’, Lovin'” singer is still on trial after being charged with aggravated assault on a police officer, last December. During a concert appearance in Detroit, Songz was frustrated and allegedly threw equipment from the stage of Detroit’s Joe Louis Arena. He was warned that his microphone would be cut off, as the length of his show had exceeded the time. Taunting those threatening to cut it, the singer sang to the crowd “Go on and do it” adding that he would go insane if he did. The mic was cut, and Trey Songz “went nuts,” smashing and hauling everything in sight. The singer also allegedly punched a police sergeant in the face during his rage. Songz was released on bail to the tune of $25,000.

Now, new evidence has been allowed into the case with the reveal of a Snapchat video of the singer saying “F—k the police!” Song’z lawyer stated that his client was referencing the popular N.W.A. song reference, not inciting violence.

“The issue isn’t whether he said ‘F–k the police,’ recited an N.W.A. rap song or anything else,” his defense lawyer said. “The question is whether he resisted arrest and obstructed a police officer causing an injury. In the particular video he’s not even resisting.”

The court date for the case has been set for September and the story is still ongoing.