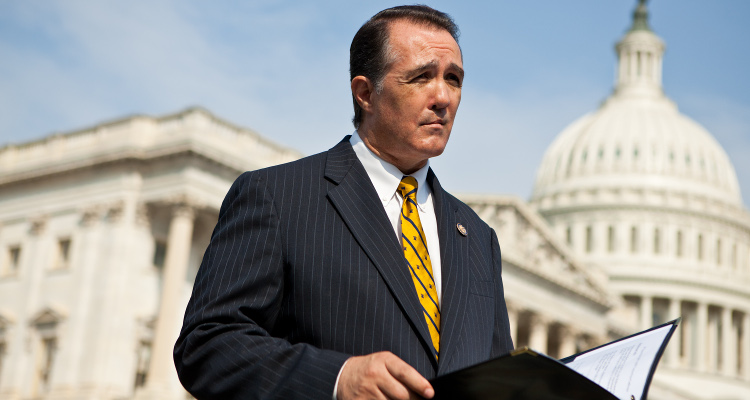 Arizona Congressman Trent Franks has said he will resign in January 2018 followed allegations of inappropriate conduct, reports say. He announced his resignation after finding out that the House Ethics Committee was planning to investigate him over accusations of sexual harassment. Franks’ resignation has put the spotlight on his wife, Josephine Franks.

Trent Franks is not the first man to be accused of sexual harassment, and given the current climate, he probably won’t be the last. The Republican Representative from Arizona announced his resignation Thursday night after allegations of inappropriate conversations with female staffers.

One of the reasons for him to resign was not to put his family through “hyperbolized public excoriation,” Franks said in a statement. Everyone wants to know more about the lady who is married to Trent Franks. Keep reading to know everything about Trent Franks’ wife in our Josephine Franks wiki.

Many people were wondering if Trent Franks’ wife is Hispanic as he is a big supporter of the Latino community.

In 2013, Trent Franks’ then spokesman, Ben Carnes said, “Trent Franks is not Hispanic, but considers the Hispanic community a critically important part of the pro-family, pro-freedom, conservative coalition in America.”

Carnes also went on to add that Trent Franks’ wife, Josephine is an immigrant and speaks Spanish well.

Josephine Franks is married to Trent Franks from 1980. Josephine completely supports her husband’s initiative for protecting the rights of children. According to the Congressman’s bio, the couple was involved in the Sunday School ministry in their church for almost 22 years. The family attends the North Phoenix Baptist Church.

The Franks struggled with infertility for many years. They have nine-year-old twins born out of surrogacy in 2008. Their son’s name is Joshua Lane, and their daughter is Emily Grace.

Josephine Franks is a very private person, and if you’re wondering if there are any pictures of her, you’re out of luck.

#TBT – My little boy spent a week w/me in Washington, D.C. Aside from the ever so intense father-son Lego building time… we visited many memorials&monuments to reflect on the history of this great nation and honor all those who sacrificed their lives defending/protecting the freedoms that my children are able to enjoy today.

The greatest honor and blessing in my life is being a father to these two precious beautiful angels. #HappyFathersDay

The Allegations Against Trent Franks

The news of Trent Franks’ resignation came a few hours after Senator Al Franken said he was resigning after sexual misconduct allegations against him became public a few weeks ago.

The news of the sexual harassment allegations and Franks’ subsequent resignation may put a dent in Trent Franks’ net worth. According to sources, Franks’ estimated wealth in 2014 was $33.2 million.

Trent Franks has been accused of discussing surrogacy with women on his team, but he said he has never “physically intimidated, coerced, or had, or attempted to have, any sexual contact with any member of my congressional staff.”

In a lengthy statement released on Thursday, Trent Franks said, “However, I do want to take full and personal responsibility for the ways I have broached a topic that, unbeknownst to me until very recently, made certain individuals uncomfortable. And so, I want to shed light on how those conversations came about.”

Trent Franks then went on to add the circumstances under which the conversations took place, saying, “My wife and I have long struggled with infertility. We experienced three miscarriages. We pursued adoption on more than one occasion only to have the adoptive mothers in each case change their mind prior to giving birth. A wonderful and loving lady, to whom we will be forever grateful, acted as a gestational surrogate for our twins and was able to carry them successfully to live birth. The process by which they were conceived was a pro-life approach that did not discard or throw away any embryos.”

“Due to my familiarity and experience with the process of surrogacy, I clearly became insensitive as to how the discussion of such an intensely personal topic might affect others,” he said.

Trent Franks also said he “would be unable to complete a fair House Ethics investigation before distorted and sensationalized versions of this story would put me, my family, my staff, and my noble colleagues in the House of Representatives through hyperbolized public excoriation. Rather than allow a sensationalized trial by media damage those things I love most, this morning I notified House leadership that I will be leaving Congress as of January 31st, 2018.”