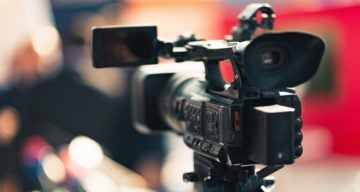 Seattle residents will bid farewell to another favorite anchor on Fox 13 this month. Longtime anchor Travis Mayfield announced on October 25 that he is leaving KCPQ and this is his last week at the station. Viewers are reluctant to see him go and have a lot of questions about his departure. They mostly ask why Mayfield is leaving and where he is heading to next. Mayfield did answer a few queries, but his regular viewers might not be too happy to hear that he may not return to broadcast television.

Travis Mayfield was born on September 27, 1978, and hails from Oregon but grew up in Washington state. After graduating from Gonzaga University with a BA in PR, advertising, and applied communication in 1999, he began his career at NBC Montana.

He worked in different Washington-area stations for over a decade before coming to Q13 Fox News in 2014. Apart from being the station’s top-rated morning anchor, he also handled audience engagement and digital strategy.

Now, after almost a decade, Travis Mayfield is leaving KCPQ. He announced it through his official social media on October 25 and said his last day on air is October 29.

After nearly 8 years at KCPQ this will be my last week with that station. pic.twitter.com/hLTmjdpkzl

Regular viewers naturally had questions about his exit. Some wondered if contract negotiations fell through, but there’s no indication of any bitterness between Mayfield and the station.

Unfortunately for those who want to know where Mayfield’s next job is, there’s a bit of a sad news. Mayfield is looking forward to sleeping in and spending more time with his husband, Curtis, and their son and daughter. He’s not keen on returning to work anytime soon.

Mayfield doesn’t have a next gig in the pipeline. Nor is he looking for one yet. He even hints at stepping back from broadcast, though he says he isn’t ready to retire.

What he does intend to do is continue to communicate with his followers through social media and build his next venture online. While his followers are dejected that Mayfield may not return to television, they wish him well and eagerly anticipate his social media venture.

This is the second popular Q13 News personality that viewers have bid farewell to this month. Veteran meteorologist M.J. McDermott retired on October 7.