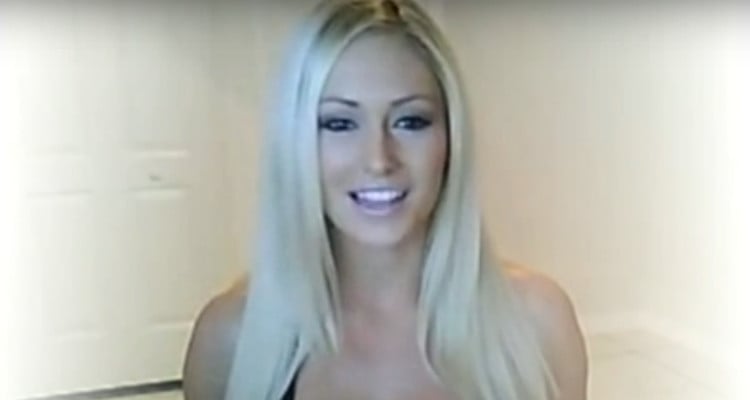 After a troubling time developing an eating disorder in her late teens, fitness model Jenna Reneé Webb bounced back and made herself one of the fittest women in the United States. Not surprisingly, she appeared in several of the most prestigious fitness and health magazines in the country. She had a troubled marriage to MMA fighter, Travis Browne and emerged as a role model for those who want a healthier, happier lifestyle.

Travis Browne’s ex-wife, Jenna Reneé Webb, was relieved when her divorce from Browne was finalized in 2016. While Browne is now married to Ronda Rousey, Webb is happy to be out of her marriage. Not long ago, Webb accused Browne of domestic violence, which he has since denied. Travis Browne and Jenna Reneé Webb got married in 2015, but it didn’t take long before they separated in June 2015. Once Jenna Reneé Webb’s divorce was finalized, she took her time away from the MMA fighter to focus on herself.

A Body to Die For

Born on September 9, 1987, in Ormond Beach, Florida, Jenna Reneé Webb’s age is almost 30. With a terrific figure that oozes fitness, there is no surprise that Webb became a fitness and swimwear model. She worked with companies like MuscleTech and Schiek Sports to promote their products. As a model, she appeared on the pages of prestigious magazines like Maxim, Shape, Sports Illustrated, as well as Muscle & Fitness. She also appeared in niche magazines like Oxygen Magazine, Ironman, Musclemag, X-Fitness Magazine, Muscle Evolution Magazine, and Planet Muscle Magazine.

Webb’s journey to becoming a sleek fitness model was not easy. She recalled how she went from 110-lbs to 135-lbs in a few months when she was in 10th grade. A couple of years later, Webb’s insecurities made her start hating herself and her body. She developed an eating disorder in 2007 and ended up being hospitalized in the summer of 2008, when her weight fell to a dangerous level of 98-lbs. This was a wake-up call for her and to avoid developing another eating disorder she explains, “I began lifting weights and educating myself on clean eating. At first, I was terrified of the ‘6 meals a day thing,’  but after about two weeks I started to see positive changes in my body and have not looked back since.”

Webb went on a special diet to improve her health and keep her weight at an optimum level. Regarding her diet, Webb said, “I eat clean year round, every day except for special holidays or my birthday. And yes people give me a hard time, yes I get picked on, yes I get the stink eye at restaurants when I try to order plain chicken with no salt or marinades, but it’s all worth it in the end.” No wonder she has such a fantastic body! Those who want to check out Jenna Reneé Webb’s hot pics should head over to Jenna Reneé Webb’s Instagram account. She has plenty of pictures with her pet dogs, riding horses, with her friends, modeling for magazines, and at the stables. Putting behind the dark period of her life, Webb is all set to scale new glories in the field of fitness modeling.