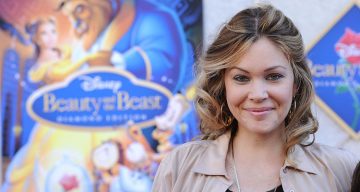 Despite the hiccups in her personal life, actress and model Shanna Moakler is always upbeat and busy with work. She is balancing her work, motherhood, and her relationship beautifully, while making big strides in her professional and personal life. Her tumultuous relationship with ex-husband Travis Barker seems to be over now, as the two co-parent their kids.

The complex relationship status of Travis Barker and Shanna Moakler has kept their fans, the media, and police on edge, ever since the couple got married on October 30, 2004. Barker is the drummer for Blink-182, and was a member of the bands +44, Box Car Racer, as well as The Transplants. Moakler, on the other hand, first found fame as a beauty pageant winner and then as a model for Playboy magazine. Travis Barker’s ex-wife had an uneven career over the years as an actress and model, with her personal life often in disarray. She has constantly been in the public eye for both her professional achievements and her personal matters.

“It’s that heart of gold & stardust soul, that makes you beautiful!” suit by @acheswim

Born on March 28, 1975 in Providence, Rhode Island to Gail Moakler and John Moakler III, Shanna Moakler’s age is 42. She is of German, Portuguese, and Irish descent and was a tomboy who loved to play outdoors as a child. She attended Barrington High School, but moved to Miami after graduating to pursue a career in modeling. After living in New York for some time (where she was named Miss New York USA and represented New York in the Miss USA pageant in 1995), Moakler moved to Los Angeles. In December 2001, she was named Playmate of the Month for Playboy magazine.

After struggling for a few years, Moakler started her acting career with the show Pacific Blue in 1998, and then had her own reality show called Meet the Barkers with her then-husband, Travis Barker. In 2014, she appeared in the VH1 show, Hollywood Exes. Moakler has other acting credits in TV shows like Lois & Clark: The New Adventures of Superman, Due South, Joey, Jake in Progress, and CSI: Crime Scene Investigation, as well as TV movies like Friends ‘Til the End. She also appeared on ABC’s Dancing with the Stars.

“So thankful for all the dreams I don’t have to close my eyes to see anymore.” ⚓️

Moakler also has a few film credits to her name, like Poison Ivy: The New Seduction, Telling You, The Wedding Singer, Love Stinks, Critical Mass, Pauly Shore Is Dead, Seeing Other People, and Big Momma’s House 2. She was frequently in the news for her private life, especially for her relationships with rock star Billy Idol, Olympic champion boxer Oscar De La Hoya, and actor Dennis Quaid, providing ample fodder for many stories that appeared in the tabloids. Since February 2014, Shanna Moakler’s boyfriend has been Hells Angels biker, Bryan Sollima.

Shanna Moakler has three kids: Landon Asher and Alabama Luella with Travis Barker, and Atiana Cecilia with Oscar De La Hoya. Shanna Moakler’s Instagram account is full of the model’s gorgeous pics of herself, as well as pics of her hanging out with her friends, children, and family. There are also a few snapshots of other actors that she admires like Bill Murray and Liam Neeson, and singers like the late Chester Bennington. Moakler has lived a life full of adventure both professionally and personally, and that reflects in her posts. Right now, she and Barker are co-parenting their children peacefully, something they have been doing for over a year without a hitch.