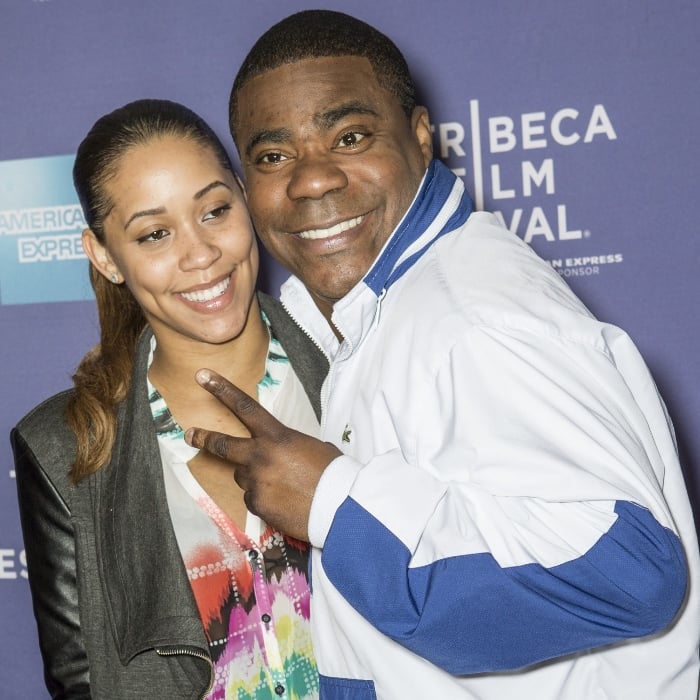 Tracy Morgan is still in the hospital in critical condition after his limo bus was hit by a truck, and unfortunately, the unexpected accident is reportedly causing a huge rift in his family. It’s also raising questions about his celebrity May-December relationship with his younger fiancée, Megan Wollover.

Morgan’s strained relationship with his family, particularly with his mother, Alicia Warden, have been well-documented in the media—the 45-year-old comedian revealed in 2012 that he hadn’t even seen his estranged mother in 11 years. Warden is now making a big fuss about being kept apart from her critically injured son, and she’s blaming it on his young fiancée.

Morgan’s mother told TMZ that Megan Wollover, nor anyone else for that matter, never bothered to even call her or his family to let them know about the accident, and they only found out about it after hearing the news on TV. She also said that she tried to visit her son in the hospital to pray for him, but Megan Wollover wouldn’t let her anywhere near him and she was kept out by security guards. According to Warden, the younger woman has something against her and that’s why she banned her from seeing Morgan.

Alicia Warden went on to say that she went back the next day, but was only granted a five-minute visit and was never allowed to be alone with her son. “All I wanted was for our family to be alone with him. I wanted to pray over him and couldn’t do that because so many people were in the room,” said Warden.

Megan Wollover is certainly in a tough spot. Tracy Morgan has made it clear where he stands with regards to his relationship with his mother, and as his life partner, Wollover’s job is to protect him when it matters most—with the condition he’s in right now, his health and well-being should be the top priority, and seeing his estranged mother after more than a decade could compromise his recovery.

On the other hand, she is his mother after all, and there’s a good chance that her concern and intentions to pray for him are genuine and heartfelt—should Megan Wollover stand in the way of that? In other words, if there was no celebrity May-December relationship involved here, there might just be a chance that Morgan and his mother could reconcile.

What do you think: Should Megan Wollover have let Tracy Morgan’s mother in to see him, despite their strained relationship?