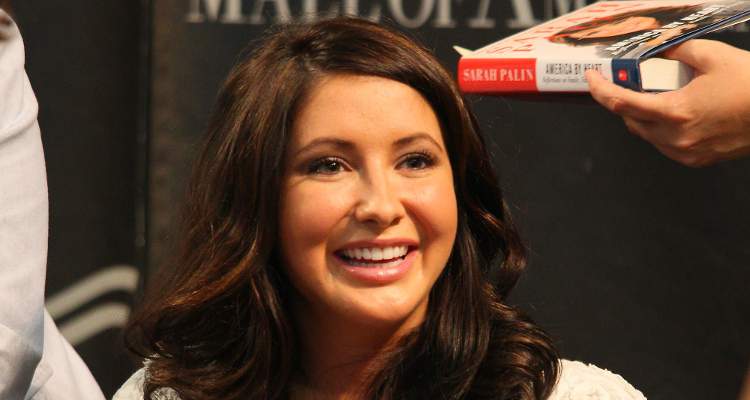 Former Governor of Alaska Sarah Palin’s son, Track Palin was arrested on charges of domestic violence. This is the second time in the past two years that he was arrested on similar charges. The Palin family is shaken from the incident, including his sister Bristol Palin. Who is Bristol Palin? We’ve got all you need to know about her right here.

Sarah Palin’s oldest son, Track was recently arrested for felony burglary, criminal mischief for property damage, and fourth-degree assault. Nearly 10 years ago, of Palin’s five children, Bristol was the one making headlines for getting pregnant while her mother ran for vice president. Now, her brother is bringing her family’s name back into the headlines and people are growing curious about Bristol. Check out more interesting facts about her, right here in our Bristol Palin wiki.

Bristol Palin was born on October 18, 1990, making her age 27. She was raised in Wasilla and went to Juneau-Douglas High School while Sarah Palin was Governor.

She was just a regular teen with a high profile mother until 2008, when news broke that Sarah Palin’s 18-year-old daughter was with child, out of wedlock. Bristol Palin’s boyfriend at the time was a boy named Levi Johnston.

The couple in question were asked if they planned to get married, and the answer was a definite “yes.” But it did not take long for them to break off two engagements after their son, Tripp was born.

Bristol Palin began working with the Candie’s Foundation, which aims to prevent teen pregnancy and promote abstinence. She said, “Regardless of what I did personally, abstinence is the only 100% foolproof way you can prevent pregnancy.”

On Good Morning America in April 2010, she explained, “Pause Before You Play [a campaign of Candie’s] hits a wider range of message, it can mean pause and go get a condom, it can be pause and think about your life, or it could be pause and wait until marriage.”

Bristol Palin being an ambassador of teen pregnancy did not sit well with many, and there was a lot of opposition. Some even said that, instead of bringing light to the issue, Palin resembled the poster girl for teen pregnancy, making others think it’s okay to become a teen mom.

In a 2011 interview, Palin stated she did not want to “be named as an abstinence preacher….I’m not out there saying don’t have sex. I hate that kind of stuff. Birth control needs to be used effectively each and every single time if you’re gonna be having sex…I’m not advocating [abstinence] for everyone else.”

Reportedly, Single Source Speakers paid her to speak at events like youth, abstinence, and pro-life programs. Her asking price was reportedly between $15,000 and $30,000 per appearance.

Bristol Palin even appeared on Dancing with the Stars! She was paired with Mark Ballas and placed third.

Such a fun trip to #vegas with my mama

In 2015, it was revealed that Bristol Palin was engaged to former Marine, Dakota Meyer, who received the Medal of Honor. According to Palin’s blog, they met in 2014 while filming her mother’s, Amazing America.

But then, Sarah Palin announced in May 2015 that her daughter’s wedding, which was to take place that week, was canceled! A month later, Bristol announced that she was pregnant with her second child, Sailor Grace. She stated that this pregnancy wasn’t planned and, though it was going to be a huge disappointment to her family, she was not going to abort her child.

cheesin cause Dakota just did his first solo flight!!

She then ended up marrying Meyer in June 2016, and he is a loving father not only his daughter but to Tripp, as well. In December 2016, Bristol Palin announced that she was pregnant with her third child, Atlee Bay.

Palin keeps fans updated with the latest developments in her life through her Instagram account. Most of her posts include her happy family and her adorable kids. (And Tripp looks like the best big brother ever!)

Happy Thanksgiving from our family to yours ???

Real Life: RAGAMUFF KIDS.. but I can’t complain because they LOVE being out on this farm

I can't wait to watch the premiere of @natgeochannel's new show The Long Road Home! The smiles on Tripp and Sailor's faces in this photo of Dakota reminds me of how much military families go through and what a relief it is to have their family together again! Make sure you tune-in ‪on November 7th at 9‬/8c for the inspiring scripted story of US soldiers making their way home after Iraq. #longroadhome #ad