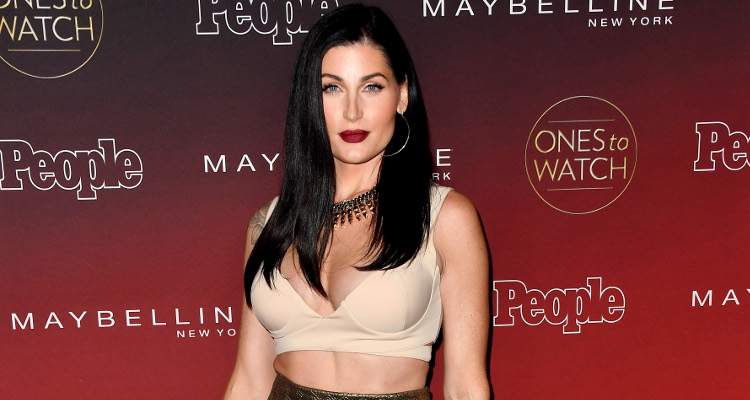 Trace Lysette accused Jeffrey Tambor of sexual harassment. If you want to know more about the case and the actress, then take a look at our Trace Lysette wiki.

Trace Lysette and Jeffrey Tambor (who co-star in Transparent) are in the limelight after Lysette accused Tambor of pressing his body against hers in a sexual manner, as well as saying inappropriate and vulgar things to her on set.

On Thursday, Lysette alleged that when she wore a lingerie top and shorts to shoot a scene with Tambor, he said, “My God, Trace. I want to attack you sexually.” She then revealed that “He came in close, put his bare feet on top of mine so I could not move, leaned his body against me, and began quick, discreet thrust back and forth against my body,” adding, “I felt his penis on my hip through his thin pajamas.”

However, Tambor denied the allegation saying, “For the past four years, I’ve had the huge privilege — and huge responsibility – of playing Maura Pfefferman, a transgender woman, in a show that I know has had an enormous, positive impact on a community that has been too long dismissed and misunderstood.” He continued, “But I have never been a predator – ever. I am deeply sorry if any action of mine was ever misinterpreted by anyone as being sexually aggressive or if I ever offended or hurt anyone. But the fact is, for all my flaws, I am not a predator and the idea that someone might see me in that way is more distressing than I can express.”

The transgender actress has finally made a name for herself in Hollywood. Very little is known about her personal life, which is why Trace Lysette’s age and parents are unknown. According to sources, she grew up in Dayton, Ohio and described how difficult life was saying, “It was not the most welcoming place. I had a lot of fights in high school. I ended up switching schools in my junior year, because I had been suspended for defending myself — somebody called me a f****t, and I knocked him out in English class.”

As a teenager, she was a track athlete who moonlighted as a Drag Queen, performing in bars around her hometown. Before she became an actress, she found work as a hairstylist and makeup artist.

Start of Her Acting Career

Lysette’s acting career began with a guest role in an episode of Law and Order: Special Victims Unit. In an interview, she revealed that she tried several other paths before finding her true passion in acting. “I didn’t pursue acting in high school because I think maybe I never felt fully comfortable playing male roles. Much later in life living in NYC after my gender transition, I got to the point where I was literally tired of people telling me, ‘You should be on TV.’ So in 2008 I decided to invest in an acting class. It took about five years to book my first job on TV, but I’m thankful to have found a career that suits me. Who knows where life will take me but for now I am happy with where I’m at and acting has a lot to do with that.”

Before Transparent, she auditioned for cisgender roles and was not as open about being a trans actress. Since landing the role, however, she continues to audition for all roles she can play. Lysette became famous for her role as yoga instructor Shea, who is a close friend of Maura Pfefferman (Lysette Tambor).

Talking about her time on set she said, “There’s a sense of play and freedom on set because I feel that I’m near members of my own tribe. I feel I can go certain places in a scene that may not be familiar to some cis people on set because I know I have other trans folk there to vouch for me and translate certain trans specific vernacular I may throw into a scene. Whether it gets kept or not in the final cut is not up to me, but I feel like I owe it to my community to be authentic – and having other trans people on set allows me that freedom to push the envelope a bit. Zackary Drucker, Rhys Ernst, Van Barnes, and particularly Alexandra Billings and I, have an amazing time on set. They’re my on-set trans family.”

Besides working on Transparent, Lysette also appeared in Coffee House Chronicles, The Curse of the Fuentes Women (TV movie), I Am Cait, Drunk History, and Blunt Talk.

Currently, there are no details about Trace Lysette’s boyfriend or husband, so there is no word on whether or not she is single.  She likes to keep fans updated about her life, which is why Trace Lysette’s Instagram is filled with photos of her on set and with friends.