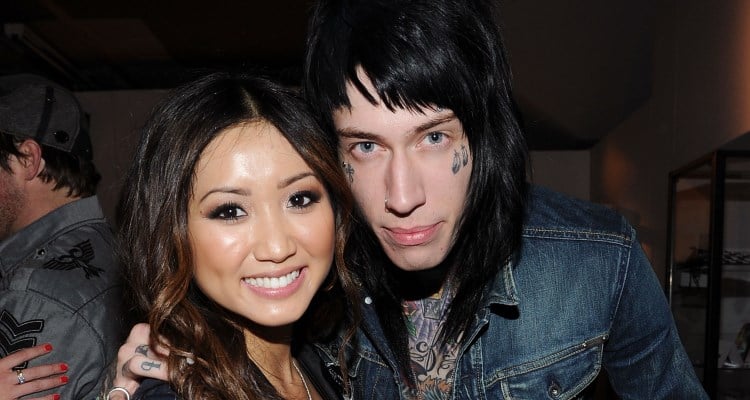 Who is Brenda Song Dating?

Trace Cyrus, age 28, was born on February 24, 1989 to singer Billy Ray Cyrus and Tish Cyrus in Ashland, Kentucky. He is the older brother of sisters Noah and Miley.

Family ⚡️⚡️⚡️ only missing lil Noie in this pic

What was Trace Cyrus’ Band?

Trace was part of the band Metro Station, which rose to fame with their 2008 catchy hit song, “Shake It.” Trace Cyrus’ net worth is estimated at $15.0 million from record sales and appearances. Looks like he’s spent a substantial amount of it on tattoos, this guy is covered in them!

In 2015, Song apologized for not clearing up the pregnancy rumors that were surrounding her when she and Trace were together. Her mother, Mai Song, even spoke publicly about the “fake” pregnancy.

“I usually never speak of my personal life, but I’d like to clear up some rumors,” Brenda wrote. “A few years ago there were rumors that I was pregnant and/or had a miscarriage. I just want to say that those rumors were not true. They were just lies and fabrications. I apologize for not clearing this up sooner and for the continual damage that these lies have caused @TraceCyrus.”

The post was deleted quickly at the time, but not quick enough before Cyrus opened up about it directly on Song’s Instagram.

He shot back at her with, “Yes they were lies THAT  YOU MADE UP and told me, my entire family and all of our friends.[sic]”

We think we just figured out why they broke up, and it didn’t sound very good!

Trace and Song Had a Vegas Wedding, Sort Of…

For one of Metro Station’s music videos, Cyrus and Song filmed a wedding scene together. (Probably a little awkward now…)

“As real as the video feels, obviously Brenda and I didn’t really get married during the shoot,” he said to Alternative Press. “It was crazy, though, having the pastor really do the whole ceremony just as he would for a normal wedding. It was a wild experience for sure, since it was with my girlfriend. I’m super excited to have her as part of this video, and think it’s an amazing thing we can look back on forever.”

Cyrus added: “The day of the video, we weren’t sure if she was going to be able to make it. She ended up driving down right after work. She had to drive home as soon as we finished and drive straight to Los Angeles for work the next day. So it was stressful getting her down to be in the video, but once she was there, it was a lot of fun. We had a blast.”

And in the latest Trace Cyrus news? New music is in the works! Move over Billy Ray and Miley, Trace has now launched a solo career with his new single “Lights Out.” Will there be a turf war between Miley and Trace now? Actually, come to think of it, now that Noah’s music career is on the rise, Trace may have to battle it out with her, too!