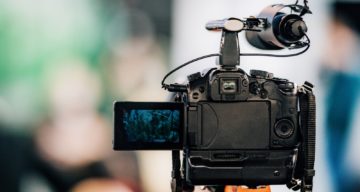 Toya Washington started her career at WISN-TV 20 years ago.  However, the 12 News anchor is leaving the station at the end of this year. When WISN-TV announced her departure, Milwaukee residents were naturally saddened and had many questions. They want to know where she is headed next and if they will see her on broadcast TV again. Read on to find out why Toya Washington is leaving WISN-TV.

Toya Washington graduated from the University of Wisconsin-Madison with a bachelor’s degree in communication, journalism, and related programs. She attended a unique career enrichment program at WCCO-TV in Minneapolis, a leading CBS affiliate in the country. This experience influenced her early decision to pursue a career in broadcast journalism.

Washington has moved quickly up the ranks of broadcast journalists. Following six years as a weekend news anchor and reporter at WISC-TV—Madison, Wisconsin’s leading CBS affiliate, she joined WISN-TV in 2002.

Now, Toya Washington is leaving WISN-TV after 20 years. Her last day on-air at 12 News will be December 30, 2022. Washington has yet to reveal the details of her next project. And there is no immediate word yet if she is leaving Milwaukee, too.