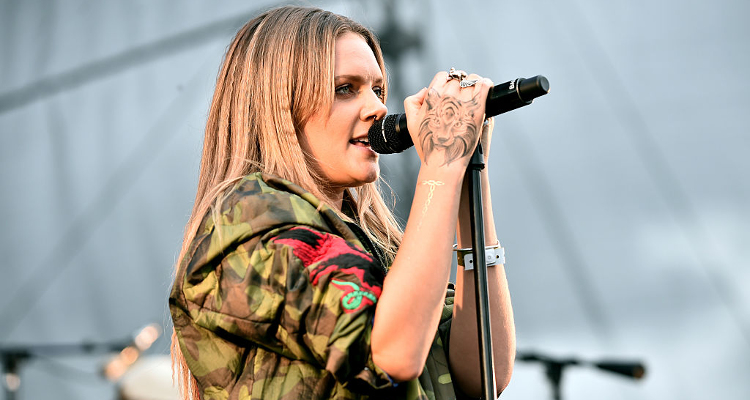 Tove Lo has recently released her second studio album. Lady Wood has already garnered attention, and has had many positive reviews. Here’s everything you need to know about the “Fairy Dust” singer.

Swedish pop star, Tove Lo, dropped her new album Lady Wood on Friday (October 28) and released a music video to go along with it. The music video for “Fairy Dust” has already garnered attention, after initially being taken down by YouTube for violating their policy. However, it’s back up now and is creating an even bigger buzz than before. Her album is also a hot topic on Twitter ever since her fans discovered that she name-dropped Fifth Harmony in one of her songs. Tove Lo is famous for her honest lyrics with catchy EDM tunes, as well as her eccentric fashion sense. Here’s Tove Lo’s wiki, including facts about her career.

#FairyDust…the never-ending escape and all the rushes and pain that comes with it. Now…open up and take it in. https://t.co/k5Ls3GcaeN

Her Name Means “Lynx” in Swedish

Tove Lo was born Ebba Tove Elsa Nilsson, in Stockholm’s affluent Djursholm district. Her father is a businessman and her mother is a psychologist. She also has an older brother. To Lo performed well in her studies and loved poetry and literature. She also said that her childhood was “pretty posh” and she was very protected by her parents.

When Tove Lo was three, her godmother gave her the nickname “Lo,” which is Swedish for “lynx,” and the nickname became the pop star’s stage name.

She Discovered her Love of Music at a Young Age

When Tove Lo was around 10 years old, she wrote her first song and formed a girl band with her friends. Her songwriting talent developed with age, and at 15, she had a compilation of songs. She said in an interview to Popjustice that, “I just sat at home writing all these lyrics that nobody ever saw.” By then, she had already performed on stage twice.

Tove Lo enrolled in Rytmus Musikergymnasiet, a musical school in Stockholm which, in the 29-year-old’s words, is “a hippie musical school.” Her parents were not in favor of her musical career, especially given her good grades and choice of academic school options. But Tove Lo was adament in pursuing a career in music.

She was Part of a Band

Tove Lo also met a guitarist, Christian Bjerring at Rytmus. Together with him and three other male students, she formed the math rock band named Tremblebee in 2006. Tremblebee played in a few bars in Sweden, but couldn’t make it in the music scene. After a few years, Tremblebee disbanded and Tove Lo embarked on a solo career.

She Frequently Collaborates with Icona Pop

At Rytmus Musikergymnasiet, Tove Lo met Caroline Hjelt, who would later form the pop duo, Icona Pop with Aino Jawo. During her time with Tremblebee, Tove lo was introduced to Swedish production duo, The Struts. She learned how to play drums, program music, and record production after the disbandment of Tremblebee are subsequent shift to pop. During her training days, she was living with Icona Pop in a suburb in Stockholm.

Love someone who looks at you like Tove Lo looks at Caroline pic.twitter.com/tAlBwoJIuJ

At a party celebrating Icona Pop’s first record deal, Lo met an artists and repertoire (A&R) representative, to whom she handed a demo tape of her songs. The A&R liked her songs and introduced her to a songwriting group. From then on, Lo began her songwriting career. She also wrote Icona Pop’s “We got the World” and tracks from the duo’s debut album.

Tove Lo’s album Lady Wood is out now. You can listen to it on iTunes and watch the 30 minute video for the song “Fairy Dust” on her YouTube channel. Lo has said that Lady Wood is the first half of a double-album with “Fairy Dust” and “Fire Fade” as the first and second chapters. The third chapter, “Light Beams” and fourth chapter “Pitch Black” are slated to feature in Tove Lo’s next feature album due next year.

Dance ’til dawn to the latest from @ToveLo????#LadyWoodhttps://t.co/vYeRvioDup