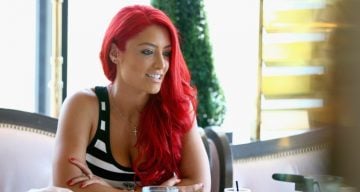 If you’re still reeling from the recent presidential election results, then we may have some good news for you! The Season 6 premiere of the hit E! show, Total Divas is almost here and we want you to get a head start on who’s in and who’s out of the Total Divas Season 6 cast! 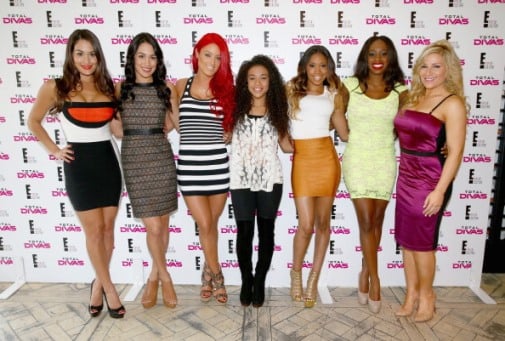 The Season 6 premiere release date of the hit reality TV show is set to return on Tuesday November 22 at 9:00 p.m. EST, on E! You can expect more drama this time around, so you won’t want to miss an episode of this brand-new season!

The divas returning this season are Brie, Nikki, Eva Marie, Naomi (Trinity), Natalya, and Paige. Divas Mandy Rose, Rosa Mendes, and Alicia Fox, will not be returning for this season. And you’ll be happy to know that there is some new blood coming your way this season, with new additions Lana, and Renee Young. Maryse, former two-time WWE Divas Champion and wife of Mike “the Miz” Mizanin will also be joining the cast this season!

The sixth season premiere episode of Total Divas is titled “Total Superstars” and in the upcoming season, viewers can expect to see Nikki working hard to come back from her previous neck injury. The pro wrestler spoke with WWE about the details of her injured neck.

“I have a pretty badly herniated disc in my C-6 and C-7, and I will be getting surgery,” said Nikki. “We are hoping that a bone fusion will fix this injury, which makes mine a little more complicated than others [because] a piece of my disc is behind my vertebrae. We are hoping we can go around the vertebrae and fish it out, but we won’t know until I’m out of surgery,” she explained.

This season, fans will get a chance to see what Nikki went through and how she coped, except for the actual doctor’s office—that’s private.

“The cameras never stop filming, so you’ll get to see this whole process step by step. Unfortunately, they’re not allowed to go inside doctors’ offices with me, but they’ve been there on the car rides, when I walk in, when I walk out.”

But for Nikki to make her return to wrestling world, she’s going to have to adapt to a new style of wrestling. So, she recruits her newly retired WWE star brother-in-law, Daniel Bryan to help train her.

But naturally, there’s just one problem: Nikki asks Daniel behind her sister Brie’s back! Can we get a collective “Oh no she didn’t?!” Well, she does and it’s expected to get ugly. Brie is also struggling with the idea of retiring at WrestleMania 32, so she and Daniel can start a family.

Also, Eva Marie is fighting to reach the top of the WWE women’s division, and she won’t be the only diva fighting through her challenges. Eva Marie hasn’t scheduled any TV matches after WrestleMania 32 and is worried about her career path.

If you can’t get enough of the Bella sisters, then this show is for you! Total Bellas (a spin-off of the successful show, Total Divas), explores the lives of Brie and Nikki and their significant others, John Cena and Daniel Bryan. After Nikki went through her surgery, her sister and brother-in-law move in and stay with her and John, in order to help take care of her. The season consisted of six one-hour episodes that started on October 5, and by the look of the previews, it could certainly be your new ‘total drama’ fix!