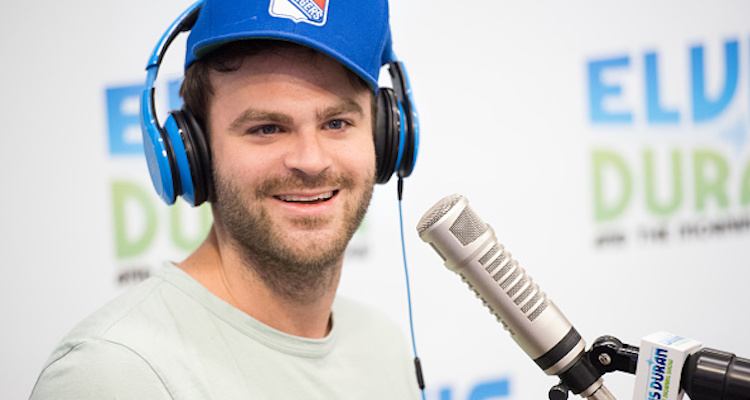 Was Alex from The Chainsmokers cheating on his girlfriend? That’s what fans want to know, since Alex Pall’s girlfriend (now ex-girlfriend), Tori Woodward revealed on social media that the “Don’t Let Me Down” singer was caught with another woman, on tape. For more details, here’s a look at our Tori Woodward wiki.

Tori Woodward’s age is unknown but according to her Instagram feed, she graduated from New York University a semester early, in 2012. Her birthday is speculated to be in early July, which means she could be 27-turning-28, this year. She’s also well traveled and has been dating Pall, 32, since February 2014.

Woodward posted a few screenshots on her Instagram Stories feed that showed surveillance footage of someone she claimed to be Pall with another woman. She blamed Pall for reporting her to Instagram, which may have resulted in one of the photos being removed.

“Alex is disgusting. Men are trash. Don’t ever forget it,” Woodward wrote on one of the surveillance shots before it was deleted.

“They’ll look you in the eyes and tell you they love you. Then destroy you without a second thought,” she captioned another snap, which showed Pall kissing another woman.

Has Alex Pall Cheated Before?

Woodward continued with more snaps that revealed that The Chainsmokers band member may not have been faithful in the past, during their almost four-year relationship.

“After hours of begging him for scraps of honesty I chipped away just enough to confirm that this is not the first time he’s remorsely [sic] cheated on me. That ‘psycho bitch’ from Vegas, the ‘lame Instagram model’ caught on video and countless others he looked me in the eyes and swore on his life he never touched,” she wrote.

She continued, “Consistent outright denial faded to him explaining that because all men do it it’s not that bad and, in different words, that because he’s famous now, he has a different rulebook for decency. What’s perhaps the most amazing is that he HASN’T EVEN APOLOGIZED [sic].”

Woodward later turned her anger into a motivational message for other women, writing, “If there was ever a time to hold powerful men accountable for their disgusting behavior, it’s now.”

“Don’t be that guy. Don’t let your friend or brother or business partner be that guy. Basic respect for women in your life should not be such a hard standard to hold each other to,” she said.

“I really appreciate all the kind messages I’ve been getting,” she wrote. “I’m moving on with my life now with the satisfaction that I’m liberated from a horrible person and encourage anyone else in a similar position to know your worth and do the same.”

Woodward’s Instagram Stories are now expired, but many still have screenshots and remember what they saw. Many of her other posts have encouraging messages from her followers.

On an older post of Pall and Woodward in a hot tub, one follower wrote, “You deserve the world babe!! His loss at the end of the day there’s someone out there who is going treat you as their world, hang in there things will get better.”

On her most recent photo, another follower wrote, “He isn’t that pretty and as soon as they get famous they can get all the trashy golddiggers and they receive them with open arms. He’ll be lonely and sorry. You deserve better baby!! [sic]”

Pall hasn’t commented on the video and The Chainsmokers have been nominated for an award at the 2018 Grammys on January 28.