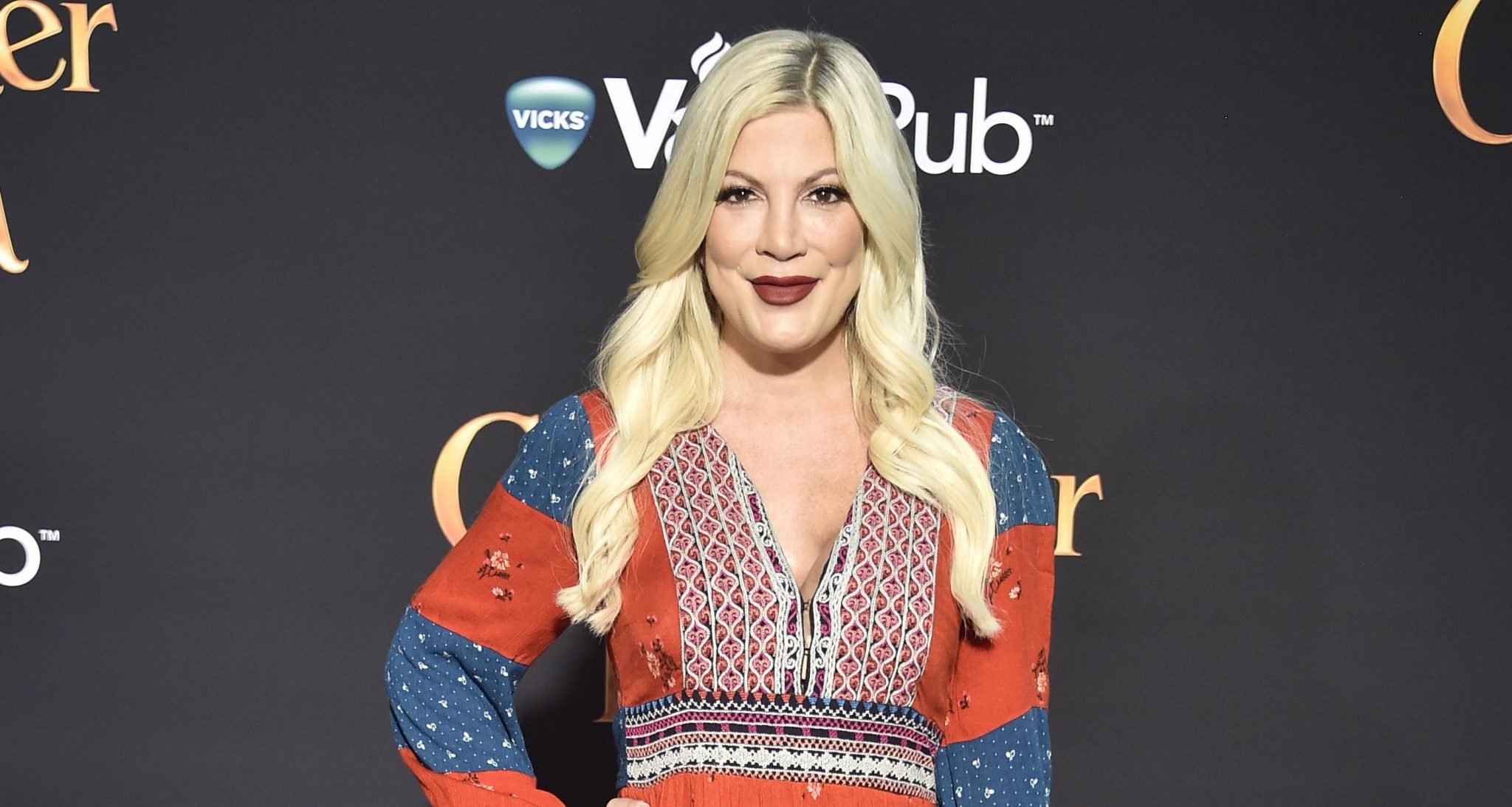 Tori Spelling is a famous actress, socialite, and television personality. She is known for her first major role as Donna Martin on Beverly Hills, 90210, which was produced by her late father, Aaron. Spelling comes from the well-known family of actors and producers. Due to her stints in the Hollywood industry, Tori Spelling’s net worth in 2018 is estimated at $500,000.

Actress Tori Spelling was born Victoria Davey Spelling on May 16, 1973, in Los Angeles, California. She is the oldest of two children born to author Candy Spelling and the late Hollywood producer and executive Aaron Spelling. The millionaire TV producer was behind major hit shows like Dynasty, Charlie’s Angels, and Charmed.

How Rich Is the Socialite?

Tori Spelling makes the headlines regularly because of her extravagant lifestyle. On the subject of her exact net worth amount, Spelling wrote in her 2013 book Spelling It Like It Is, “I don’t have one million dollars. We had some income here and there, but no savings apart from our retirement accounts.”

She first entered the spotlight in 1990, when she was a part of the famous FOX show, Beverly Hills, 90210. Throughout her career, Spelling has appeared in other TV shows like Smallville.

Currently, Spelling is the host of the CW show, The Look All Stars and was part of the Syfy TV movie The Last Sharknado: It’s About Time, which premiered in August 2018.

Taking advantage of her fame and celebrity status, Spelling tested the waters by launching her own beauty line. According to her Beauty with Tori website, the line features a contouring lip gloss that starts at $25.00.

Back in 2007, she launched her jewelry line, which was exclusively available on HSN. The collection had earrings, cuffs, necklaces, and bracelets that were priced from $29.00 to $129.00.

Between TV shows and beauty lines, Spelling also took out time from her busy schedule to write books. As of 2018, she has written six books, Stori Telling, Mommywood, Uncharted TerriTORI, Presenting Tallulah, celebraTORI, and the latest one, which was published in 2013, Spelling It Like It Is.

Spelling is a FabFitFun partner and she often posts photos with their boxes of full-sized beauty products on her Instagram.
In between, perhaps as a source of income, Spelling once linked to a website for rental cars. She promoted the service on Twitter and it’s not a stretch to assume she got paid for it.

Spelling also heavily promotes Flat Tummy Co and 310 Shake on her Instagram account, especially after the birth of her fifth child.

Tori Spelling Declared That She Was Broke

According to sources, in 2013, Spelling revealed that she was broke and she had reached a point in her life where she had to borrow money from her mother to pay her rent. In fact, she reportedly claimed she couldn’t even pay for her husband’s vasectomy.

Spelling apparently also explained that she spent every single penny she earned from acting or inherited from her late father, Aaron. It is reported that her father left her around $800,000 and the rest of the $600.0 million estate to his wife, Candy.

In an interview, she disclosed that she has spent millions of dollars on failed real estate investments and expensive purchases for her family.

Lawsuits against Tori Spelling and Her Husband Dean McDermott

When I'm looking for something great to read, I always check in with my friend @robinkallink … . Here are her summer faves! Which do I read first? AND… She's giving away THREE sets of all of these HOT summer titles! . For a chance to #win, simply: ? follow @robinkallink ? enter the giveaway on the Reading With Robin Facebook page ? tag your BFF Contest ends EOD May 28th! . Happy Summer Reading!! #giveaway #summerreading #beachreads #readingbythepool #readandrosé #summer2018

Sources further claim that Tori overdrew $17,000 from her checking account.

Additionally, Dean was sued by his ex for $100,000 in child support. In 2016, the pair was also sued for over $87,000 in credit card debt by American Express and the state of California placed a tax lien for close to $260,000 on their house due to purportedly unpaid taxes.

Early in the same year, Tori was sued by American Express because of her alleged failure to pay a bill of $38,000, which also included the $855 in court fees.

I’ve been using @flattummyco’s new lollipops, and they have really been helping me curb my cravings. My schedule is super busy with work, and raising 5 kiddos so I used to snack all the time but the pops keep me going in between meals. Sometimes you just need a little extra help to reach your goals, and these lollipops are definitely helping me get to mine. You should check the pops out now, they are having 25% off their bundles.

Tori claims that she can’t let go off her expensive and lavish lifestyle. Her previous house was located in Encino, California. It sits at 6,718 square feet and has six bedrooms, 6.5 bathrooms, and four fireplaces.

The mansion-like house has a formal entryway, as well as French doors, wood and stone flooring, and a gourmet kitchen. The master suite boasts a sitting area, fireplace, spa tub, and balcony. The manicured lawn has a lanai, BBQ, and also a pool/spa.

She Now Lives in Los Angeles with Her Family

Such a great family fun day yesterday at the premiere of @dogdaysthefilm As a big “dog” loving family we absolutely adored this movie! Heart and Humor! And you had us at DOG ? #rescuedogs #rescuedontbuy #dogsarethebest

In 2016, when she was pregnant with her fifth child, Spelling and her family moved again. She packed up their stuff and moved into a huge 4,714-square-foot house in LA.

It has five bedrooms and five bathrooms and is located in the Woodland Hills neighborhood of Los Angeles. Her most recent home features a swimming pool and tennis court, an indoor and outdoor kitchen, a dining room, a walk-in wine cellar, a master bedroom and bathroom with a balcony, and also a Hollywood-style pool.

Tori Spelling’s Net Worth Comparison with Others

Spelling is married to actor Dean McDermott and they have five kids together. According to reports, Spelling’s mother is currently supporting her daughter’s finances.