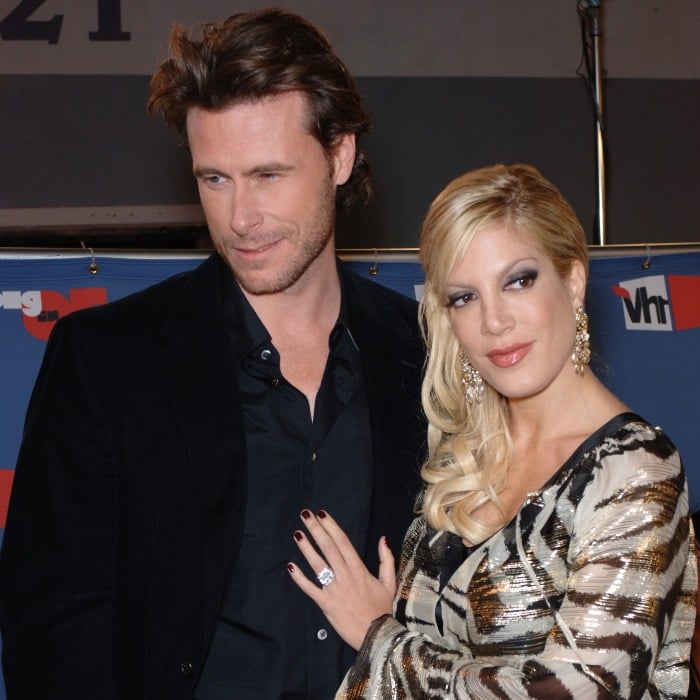 It was recently revealed that Tori Spelling and Dean McDermott would be making the most of his affair with a younger woman, by airing their marriage troubles on national television for the world to see.

The Lifetime network has just released a sneak-peek of the celebrity couple’s new docu-series, True Tori¸ and it doesn’t look like they’re planning to hold anything back. In what looks like an emotional marriage counseling session, Dean McDermott openly admits to the affair, saying, “That’s my worst nightmare. I cheated on my wife.” On a side note, he cheated on his first wife with Tori Spelling, but back to the show.

Dean McDermott goes on to compare the affair to an uncontrollable addiction. “I was out of control,” says the actor. “Sex was an escape, just like drugs and alcohol.” Believe it or not, it gets worse.

Tori Spelling tearfully comes to terms with Dean McDermott’s affair with the younger woman by essentially blaming herself for their marriage crumbling. She seems to think that he strayed because she can’t satisfy her husband’s appetite for sex. “I could never give him enough sex. He’s never going to be happy with just me.”

Even still, Tori Spelling is determined to make it work. The teaser video hints that the celebrity couple may fail at saving their marriage after the affair, but let’s be honest; Tori Spelling isn’t going to give up that easily.

The celebrity couple was all smiles when they were recently spotted together at a life-coaching and meditation facility in L.A., and they were both wearing their wedding rings. Since they’re still filming the rest of True Tori, the camera crew was following right behind them. It looks like we’ll have to wait and see how it all pans out, but we’re betting this spotlight-hungry celebrity couple is going to give their marriage another go.

What do you think: Will Tori Spelling and Dean McDermott stay together, or will she end up leaving him?

Kirby, I., “Tori Spelling and Dean McDermott put on a united front at meditation and life-coaching centre together with wedding rings firmly on,” Daily Mail web site, April 14, 2014; http://goo.gl/NzGsCs.