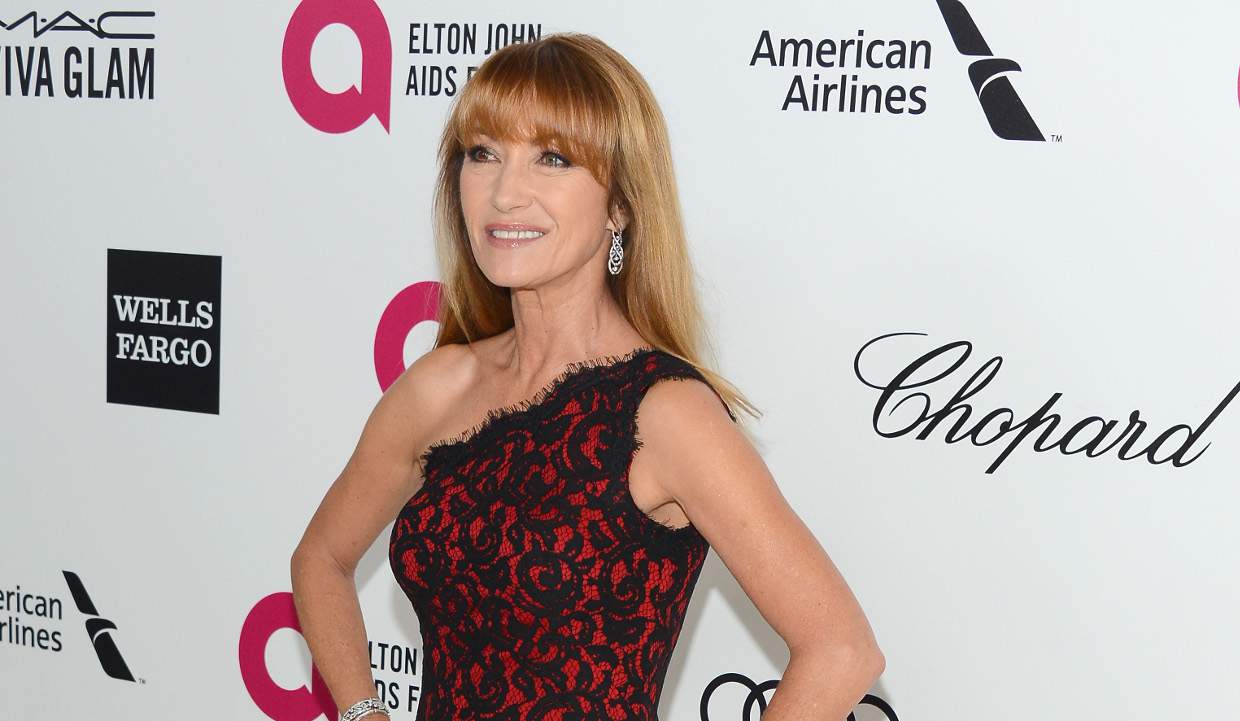 English actress Jane Seymour is proving that she still has some spark left in her! At 67, her Playboy photo shoot brought back flashes of memories for fans everywhere. The Bond girl had to maintain her body, but the oomph is innate! See these top 10 Jane Seymour pics right here before you watch her latest TV series, Let’s Get Physical.

Jane Seymour has been an iconic face for years now, and she’s not about to give up her throne! Her latest venture on Let’s Get Physical, an aerobics/comedy starring Matt Jones, is bringing her back into the spotlight.

Did you know that Jane Seymour is a grandmother? She’s not just changing the very meaning of the phrase “age is just a number,” she’s upgrading it, folks!

Seymour had an amazing Hollywood streak, with movies like Live and Let Die and La Révolution Française.

Seymour bagged her James Bond role in 1973, and there was no stopping her after. She quickly began gaining attention, not just for her heterochromia, but for the sultriness she brought to her roles.

That quality led Seymour to portray many historical queens and princesses. And, one of her most memorable roles was in Frankenstein: The True Story.

Seymour is an award-winning actress and a Hollywood Hall of Famer. We love every aspect of this exemplary woman and all that she has done in her line of work.

What Is Jane Seymour Doing Now?

The actress remains a true beauty to date, and Jane Seymour’s Playboy stint in 2018 shows just that. The news was announced on social media.

Jane Seymour’s Instagram account featured a stunning picture with the caption, “I’m THRILLED to finally share this with you! I was recently photographed and interviewed in my home by Playboy. I open up about my career, my family, feeling better-than-ever at 67 and so much more.”

Check out these steamy pics we’ve put together of Jane Seymour. We’re sure they’re hot enough to make you get physical!

Jane Seymour. 67 years today. She changed her name to Jane Seymour when she entered show-business, because it was easier for people to remember, since it was the same name of one of King Henry VIII's wives. She attracted the attention of the James Bond film producers when they saw her on British television. She was cast as the main Bond girl named Solitaire in Live and let die. It immediately gained her international recognition, but she was in danger of losing it all like the previous Bond girls, so she came to America. A casting director advised her to lose her English accent and acquire an American accent to land roles on American television. She did and started getting roles, earning five Emmy nominations, resulting in one win for Onassis, the richest man of the world for playing Maria Callas. She won Golden Globe awards for both East of Eden, and the American television series Dr. Quinn where she played the title role for 5 years. Married and divorced four times, she gave birth to four children and is a stepmother to two. They have children of their own, making her a grandmother. As of 2018, the actress who is only three years from turning 70, looks several decades younger, and is busier than ever, acting in several television movies and making guest-appearances on shows. #bday #janeseymour #madeinuk??

#8. Nobody Could Be a Better Solitaire!

Wishing the most fantastic #brithday to one of the #alltime great #Bond girls #JaneSeymour (#OBE) ?? Seymour played the #highpriestess #Solitaire in the #1973 #JamesBond adventure #Liveandletdie ?? An undeniable #nationaltreasure, Seymour has gone on to star in many movies, and earned considerable success for her role as Dr Quinn in the #1990s hit series #medicinewoman, earning an #Emmy and two #Goldenglobe awards in the process✌? Seymour also has a #star on the #Hollywoodwalkoffame ?? Most recently, The #british #beauty has continued to attract attention for her #charity work and #ageless complexion ? ______________________________________________________ #007 #Bond #gorgeous #brunette #tarrotcards #hollywood #beautiful #stunning

#5. Exotic Started with Her

A post shared by Christopher Simmons Collection (@csimmonscollection) on Feb 15, 2018 at 3:32pm PST