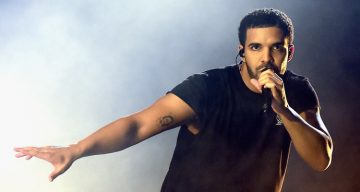 Toronto-born rap sensation Drake is bringing something new to the world to wrap up 2016 and it’s keeping him busy! Since 2015 he released three projects: What a Time to Be Alive, If You’re Reading This It’s Too Late, and Views, but he shows no sign of slowing down as he announced his latest project called More Life on October 30. Drake’s new songs in 2016 are expected to be just as incredible than his previous works, if not more, as the singer continues to perform at sold-out concerts. He’s released mixtapes and albums, but now he says he’s done with them! “I want to do a playlist. I want to give you a collection of songs that become the soundtrack to your life.” It’s always refreshing to see mainstream artists switch things up! The playlist will be released in December, and that’s only a month away! Drake hasn’t released the exact date yet, but you’ll know when he does. Until that happens, here are some things to know about the best Drake 2016 songs that could be on the More Life playlist, plus the best Drake songs from his previous projects.

The artwork on the More Life cover features Drake’s father, Dennis Graham with a spectacular moustache, bowtie and a cigar in his mouth. The playlist will include original music from Aubrey Drake Graham, but a few songs will feature his OVO Sound artists and friends. On his OVO radio show, the rapper premiered three songs that are likely to be featured on the playlist, and one that won’t. “Two Birds, One Stone,” “Sneakin’ (feat. 21 Savage)” and “Fake Love,” are expected to be on the playlist, while his remix of UK Grime artist Santan Dave’s “Wanna Know” will not be on More Life. If you want to have a listen to Drake’s new songs, you can already download and/or stream the first three on iTunes. You can stream the “Wanna Know Remix” on Spotify, as well.

iTunes has listed the top Drake songs, and his three new tracks are topping the chart! “One Dance” comes in at number four, followed by “Too Good” with Rihanna, and “Controlla” in sixth. See the chart below for the top 20 Drake songs as of today!