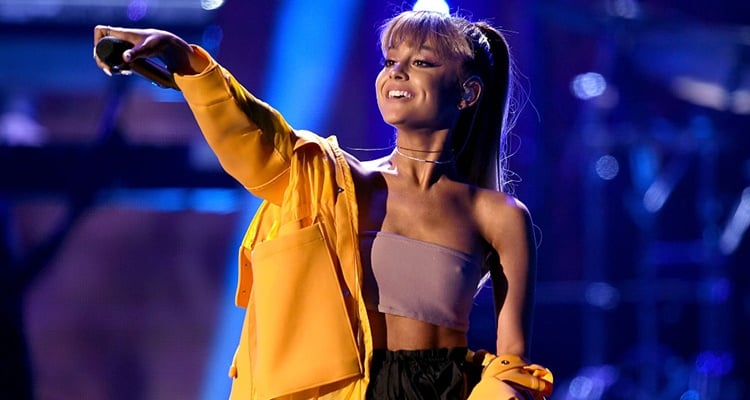 It is hard to imagine Ariana Grande without her statement fringe bangs and high ponytail. However, Grande has had a ponytail makeover by ditching her bangs and adding longer hair extensions. To celebrate her new look, let us take a look at our top five Ariana Grande pics!

A lot has been going on in Ariana Grande’s life lately, and it’s no wonder, as she prepares to kick off her upcoming U.K. “Dangerous Woman” tour, for which tickets are now on sale as of today! Now that she has ditched her fringe, we cannot wait to see what else she does! Let us take a look at Ariana Grande’s top five sexy photos. 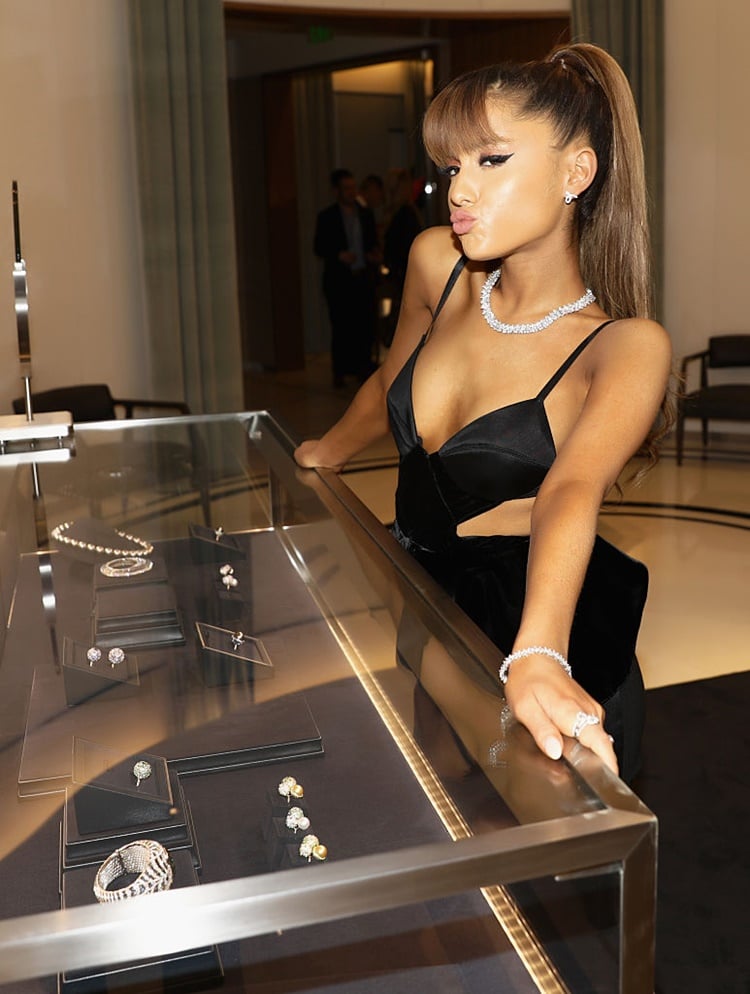 Grande looks mesmerizing in a black, plunging dress. This was snapped as she attended Tiffany & Co.’s unveiling of the newly renovated Beverly Hills store, debuting some of the new 2016 items. 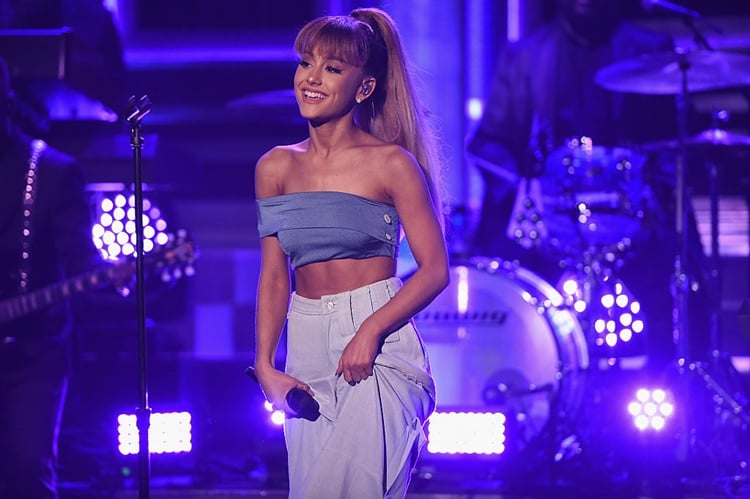 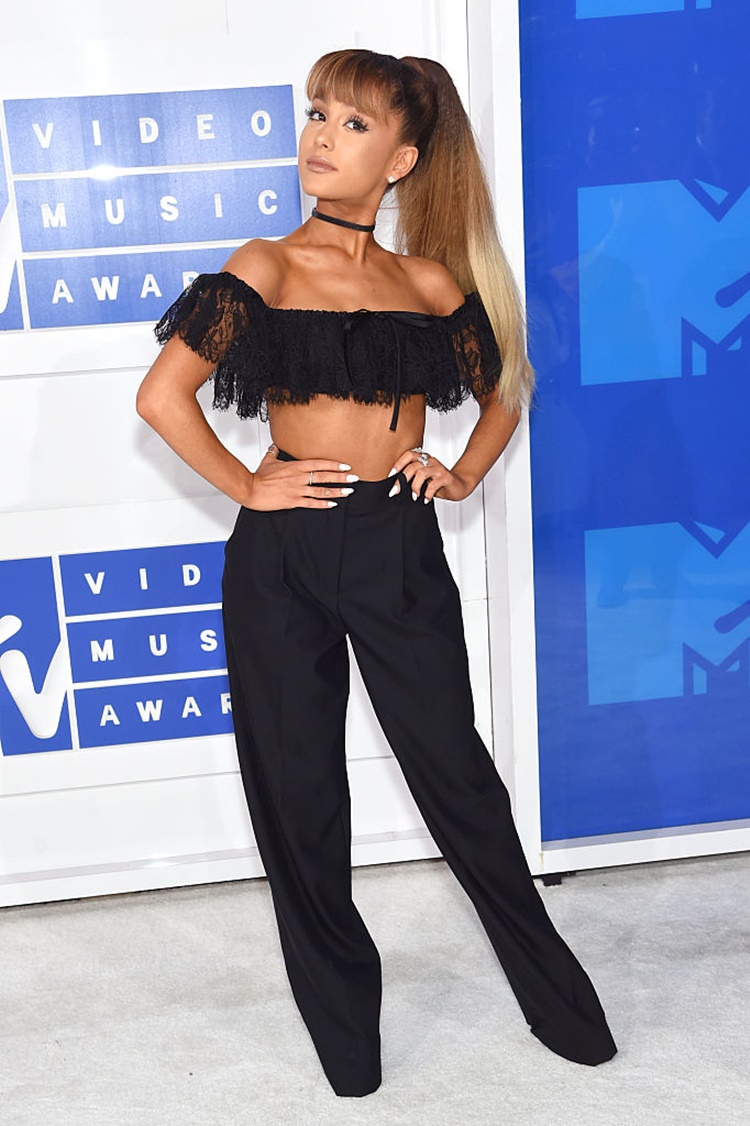 Not too many people can rock this all black look. Ariana Grande looks hot wearing a black lacy crop top, paired with high waisted slacks, while posing for the 2016 MTV Video Music Awards.

#5. Sexy in White and Fur Jacket 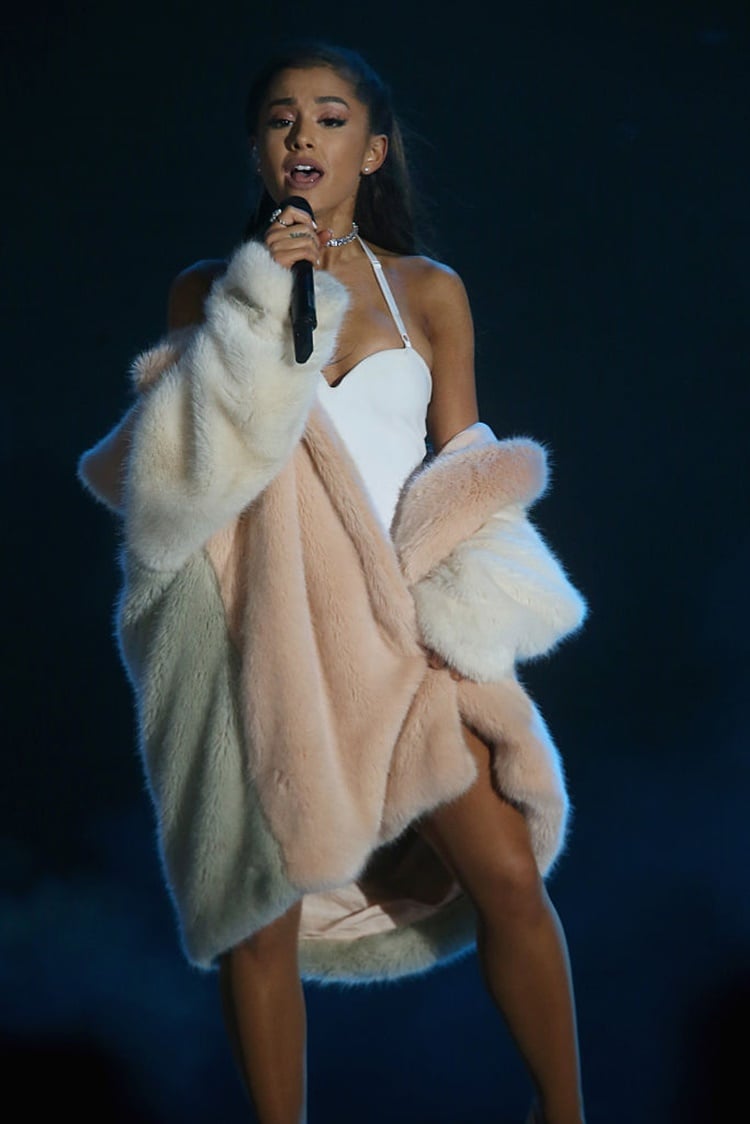 Grande wore a plain white halter dress and paired it up with a fur jacket, while performing for 102.7 KIIS FM’s 2016 Wango Tango show.