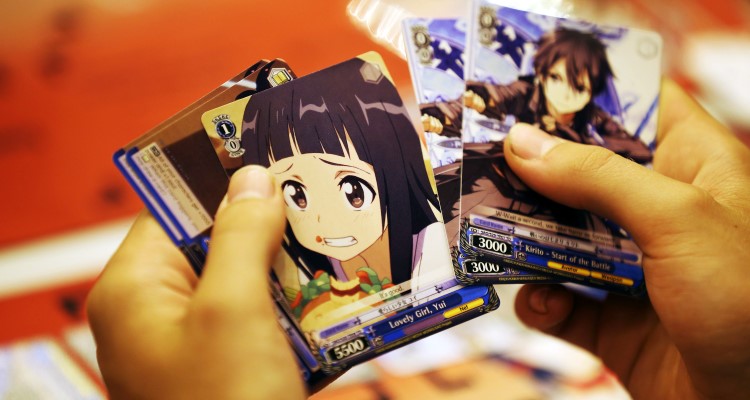 The Spring 2018 anime season is finally underway, but there’s way too much to watch! So, to help you out, we’ve narrowed it down to five of the most anticipated shows, be they returning favorites or new potential classics.

With a change in seasons comes a change in most TV networks’ lineups, and anime is no exception! Unfortunately, however, there’s only so much time in a day, which means fans have to be selective about what they watch. Even the most popular YouTube anime personalities will admit they can’t cover every single 2018 anime!

So, which Spring 2018 anime should you watch? That will depend on each individual’s personal tastes. But some are already standing out from the pack.

Here are our picks for the top five most anticipated Spring 2018 anime!

It should come as no surprise that My Hero Academia has proven to be very popular in the West, as well as Japan. The series takes heavy inspiration from American comic books, and the Marvel Cinematic Universe has proven that there’s definitely an audience for superheroes!

The story follows Izuku Midoriya, a boy born without powers in a world where almost everybody has them. When he’s bequeathed abilities by All Might (his idol and the world’s greatest hero) to become his successor, Izuku enrolls in a school for aspiring heroes.

However, Izuku’s status as a mere hero-in-training doesn’t keep him safe from the world’s villains. And many of them have a grudge against All Might!

Season 3 will begin covering the School Trip Arc. It takes place over chapters 70 to 83 of the original manga (volumes 8 to 10).

With the end of the first semester, Izuku’s Class 1-A goes on a trip to a hero training camp. However, a group of new recruits to the League of Villains has their own plans, and they involve attacking the students.

My Hero Academia season 3 is scheduled for 25 episodes. The season begins April 7 and is being streamed by Funimation (dubbed), Crunchyroll (subbed), and Hulu (subbed). The first two seasons are also available for viewing now.

Based on a video game from the Science Adventure series of visual novel games, this isn’t actually the first time STEINS;GATE has been animated. The original 24-episode series aired in 2011, with a limited-release movie sequel following in 2013.

In the original game and anime, eccentric university student Rintaro Okabe has accidentally modified a microwave to enable time travel! His fiddling with time eventually leads to him having to make more drastic changes to the timeline to save his friends’ lives and eventually prevent World War III.

Rather than another continuation of the original story, STEINS;GATE 0 prevents an alternate timeline stemming from the original’s ending. In this version of events, a depressed Okabe refuses to time travel any more after an attempt to prevent a certain death resulted in him being the one who caused it.

But of course, Okabe soon finds himself traveling through time again. Only this time, it’s against his will!

STEINS;GATE 0 will feature the return of the original Japanese voice cast, including Mamoru Miyano as Rintaro Okabe, Asami Imai as Kurisu Makise, and Kana Hanazawa as Mayuri Shiina.

The series is set to air for 23 episodes beginning April 11. Crunchyroll will be handling the simulcast, while Funimation will stream the English-dubbed version. The original series is available on Funimation’s YouTube channel.

Looking at the list of Spring 2018 anime, you would think that Japan is taking cues from Hollywood, given how many series airing this season are sequels and remakes. However, there’s still plenty of manga-based and fully original ideas, so don’t worry!

Golden Kamuy is the former, based on a manga that has been running since 2014. Currently composed of 13 volumes, the series won the Manga Taishō Award in 2016, an accolade given to series with eight or fewer volumes.

Set following the end of the Russo-Japanese War in 1905, survivor Saichi Sugimoto (voiced by Chikahiro Kobayashi) works to assist a war buddy’s widow. After receiving hints to the location of the hidden gold belonging to the Ainu (an indigenous people) and being attacked by the Japanese Army and others, he sets out with an Ainu girl to locate it.

Golden Kamuy is currently planned for 12 episodes, with the first airing on April 9. The series has been licensed for streaming with subtitles by Crunchyroll and with an English dub by Funimation.

The magical girl genre has existed since the 1950s at the earliest! Over that time, the genre has changed and evolved, often in response to sociocultural shifts experienced by Japanese women at the time.

Its current state and popularity can be largely attributed to the success of Sailor Moon. Furthermore, recent hits like 2011’s Puella Magi Madoka Magica served to deconstruct the genre.

So, it may come as a surprise that web manga-based Magical Girl Ore covers the themes of the magical girl series in a way only rarely touched upon: as a parody!

Saki Uno (a member of an idol duo) inherits the ability to become a magical girl from her mom, who retired due to a bad back. She first uses her power to save her crush, only to find the transformation turns her into a really buff man! (Kind of ironically hilarious.)

Aside from the physical comedy that comes from a muscular guy in a pink dress (not to mention the more obvious differences in anatomy), Magical Girl Ore clearly shows a willingness to subvert the tropes of other magical girl shows. (“Ore” is a Japanese pronoun typically used by men.)

The traditional cute mascot sidekick is replaced with an adult male, who looks like a member of the yakuza (he can take on a cute form later, but his scar-covered head remains the same). The monsters are defeated not by magical powers, but by beating them to death with a heart-tipped staff until the staff drips blood.

And as for the traditional romance?

The first episode aired back on March 25, but the jury is still out on if a single gag can be successfully stretched out for 12 episodes. This means the end result still makes Magical Girl Ore one of the most anticipated 2018 Spring anime!

There’s no doubt that Sword Art Online has proven to be a massively successful franchise on both sides of the ocean. However, fans have always been divided on the main character, Kirito.

Some find Kirito incredibly likable and unique. Meanwhile, others think he comes off as too perfect, being far more powerful than any opponent he faces and having every female in the series attracted to him.

This spin-off, however, should make both sides happy, as it’s more of the series they love, but with Kirito nowhere in sight. Instead, the story follows socially inept and extremely tall (by Japanese standards) Karen Kohiruimaki.

These are just five of the over 60 Spring 2018 anime premiering this season! (Hard to narrow it down, we know!) So, if there are any you’re especially looking forward to that didn’t make our list, let us know in the comments section below!

Trending
Damon Benning Leaving 1620 The Zone: Where Is the “Sharp and Benning” Host Going?
Advertisement