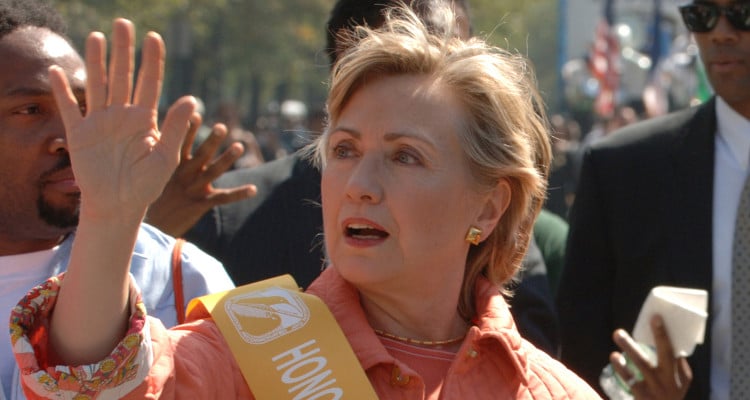 Goodbye to her Day Job

Barnwell was told for the first time about 25 years ago, that she looked exactly like Hillary Clinton. When Bill Clinton became the U.S. President in 1992, Barnwell’s fortunes changed rapidly. She started getting mobbed everywhere she went, by people who mistook her for Hillary! It wasn’t long before Barnwell spotted commercial opportunities due to her resemblance to Clinton. It was then that Barnwell decided to chuck up her job as an advertising executive and become a full-time Hillary Clinton look alike.

Raking in the Money

She struck gold almost immediately. She got invited to corporate events, TV commercials, political rallies, and parties, where her job was to impersonate Hillary Clinton. Sometimes she would have to give speeches, as well! Barnwell did a good job even though she had to be very careful that she did not insult or sully Clinton’s reputation in any way.

She met many celebrities while doing her gigs as the Hillary Clinton lookalike. But the highest point of her lookalike career was when she actually met Hillary Clinton face to face in 1996! They met at a book signing stop and Barnwell says Clinton “was very lovely.” Since then, Barnwell goes out of her way to avoid meeting the real Clinton because it gets embarrassing!

Some real interesting things have happened since Barnwell has decided to become a Clinton impersonator. Everyone mistakes her for the real Hillary Clinton, and people have even taken selfies with her. Once, a Japanese tourist group believed her to be Clinton and were deeply honored to meet her. Oddly enough, Barnwell has gotten some very strange requests while impersonating Hillary. She once received a request to perform a “dirty Hillary strip show!” She turned it down of course. Apparently, she can’t even buy groceries without people getting shocked to see her, assuming that she is Hillary Clinton.

Barnewell’s Hillary Clinton look alike photos are so close to the real thing that anyone would have difficulty telling them apart. From some angles, Barnwell looks like she is Clinton’s twin, and she seems to be quite okay with it right now, especially considering  the money she is raking in!

Teresa Barnwell, on the left. The “real” @HillaryClinton is on the right. pic.twitter.com/G3Xm05GWzz

NOT Hillary leaving Chelsea’s Apt – No Secret Service IN SIGHT‼️