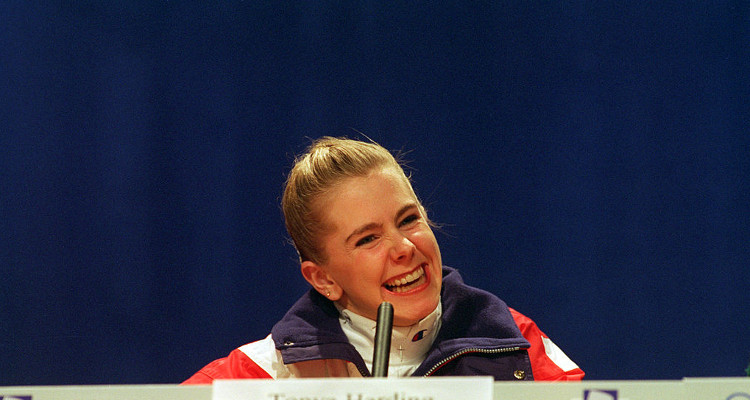 Tonya Harding became less known for her Olympic wins and more for her rivalry with Nancy Kerrigan. After the infamous beat-down (reportedly orchestrated by Harding), she vanished. But the scandal has become a subject of the media again, thanks to a recent biopic. Where is Tonya Harding today? We’ve got the scoop!

Tonya Harding triple salchowed her way into trouble when her rivalry with Nancy Kerrigan reached its peak two decades ago. Her ex-husband reportedly clubbed Kerrigan in the leg to disable her and Harding had a role to play in this plot. This scandalous incident will now form the story for I, Tonya, a biopic on the disgraced figure skater, with Suicide Squad’s Margot Robbie as Harding. While Nancy Kerrigan is scoring big on Dancing with the Stars, many are wondering, where is Tonya Harding now? The I, Tonya story will relive the scandal that derailed her career on the big screen. Here’s what she has been up to in 2017.

For younger folks who didn’t witness the incident that caused the media circus of the ’90s, here’s information from Tonya Harding’s wiki to introduce the athlete who risked her career because of a rivalry. Harding is a two-time Olympian, who began skating at the age of three. She began competitive figure skating in 1986 and held many titles and records.

Though she had many record-breaking performances at the start of her career, post-1991 saw the young Harding in a slump. In the 1994 Winter Olympics, she placed far behind her rivals, Oksana Baiul (gold) and Nancy Kerrigan (silver).

Her rivalry with Kerrigan obscured everything else Harding was famous for. And when her ex-husband clubbed Kerrigan in the leg nearly disabling her, that was what Harding ended up in the limelight for the most. Though Harding didn’t directly take a bat to Kerrigan’s foot, she had a role in the incident. After denying she planned the attack, she pleaded guilty to conspiring to hinder the prosecution of the actual attackers. In return, she was banned from the U.S. Figure Skating Association for life.

Her U.S. Figure Skating Championship win was revoked following the trial, and that was the end of her skating career. After her decline, Tonya Harding’s net worth in 2017 is estimated at $30,000, a paltry sum before Kerrigan’s $8.0 million.

What Happened to Tonya Harding?

Since her career ended, not much is known about Harding’s personal life. She was married to Michael Smith from 1995 to 1996, and later married her third husband, Joseph Price in 2010. Their first child, a boy named Gordon Price, was born in 2011.

Even though her days of figure skating were over, she remained in the celebrity scene through other means. While the trial for the assault incident was going on, Harding and her ex-husband, Jeff Gillooly —the man who attacked Kerrigan— sold their sex tape to Penthouse for $200,000 each, plus royalties!

In 1994, she appeared on a AAA wrestling show as the manager for wrestling staple, Los Gringos Locos. Harding also attempted a music career and formed a band called The Golden Blades. But their first and only show ended when they were booed off the stage before they even began. She was also a commentator on The Smoking Gun Presents: World’s Dumbest… where she was joined by other celebs who had run-ins with the law, like Daniel Baldwin and Gary Busey.

From the Ice Rink to the Boxing Ring

Harding’s public life took an interesting turn when she went down a different athletic route: boxing. She made an appearance on Fox’s Celebrity Boxing —an experimental show that was so unpopular that it lasted only two episodes. She fought against Paula Jones, one of the many women who accused former President Bill Clinton of sexual harassment. Harding won and got a taste for a new sport.

Her official debut as a professional female boxer was in 2003. She ended up fighting six professional bouts in her boxing career, which lasted only a year. It wasn’t a smooth-sailing one with her canceling matches over alleged death threats, getting booed by crowds, and claiming unfair outcomes. Harding said that she stopped boxing because of her asthma.

After going off the radar briefly, her name would once again resurface when then-Senator, Barack Obama would remark in the 2007 Primaries that people think he can’t beat Hillary Clinton unless “he goes and kneecaps the person ahead of us, does a Tonya Harding.” Harding wasn’t too happy about that comment, as she stated in a later interview.

In another documentary, the 46-year-old said, “I have apologized so many times, [Nancy] is not worthy of my time anymore. I proved my innocence, yet people still think I was involved.”

She’ll now be portrayed by Margot Robbie on the big screen in the biopic, I, Tonya. Robbie has been spotted filming for the movie with a complete ‘90s makeover and a perm similar to Tonya Harding’s at the time of the incident.