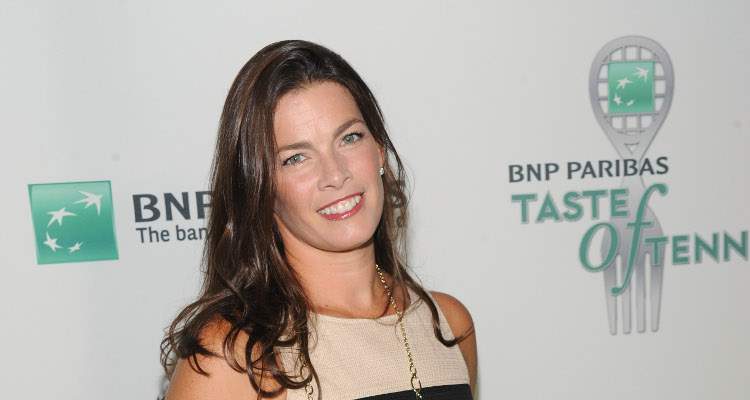 Nancy Kerrigan has not seen I, Tonya yet because her life—which revolves around her husband and three children, as well as projects like endorsements, skating championships, and philanthropy—keeps her busy. She was the victim of a brutal attack planned by rival Tonya Harding’s ex-husband, Jeff Gillooly, back in January 1994, which forced her to prematurely retire from figure skating. Kerrigan still remembers that horrific attack and has been working hard to get past it.

After the release of I, Tonya, based on the life and career of figure skater Tonya Harding, the spotlight now falls on those who were connected to that infamous attack on Nancy Kerrigan. And now, people want to know what happened between Nancy Kerrigan and Tonya Harding all those years ago.

Obviously, a large focus is on Kerrigan, who was struck in the knee by a man named Shane Stant, on the behest of Tonya Harding’s ex-husband, Jeff Gillooly. So, what is Nancy Kerrigan doing now?

We have the details right here, so keep reading to find out!

At the U.S. Figure Skating Championships in Detroit, Michigan, on January 6, 1994, Kerrigan was walking through a corridor at Cobo Arena after a practice. Suddenly, Shane Stant appeared and clubbed her lower left thigh with a police baton.

The aftermath of the attack was filmed live and telecast all over the world. Millions of people saw attendants helping Kerrigan while she held her knee and wailed, “Why, why, why?”

Kerrigan was carried away by her father, Daniel Kerrigan, and the injury prevented her from participating in the U.S. Championships. She showed incredible resilience and worked hard until she was ready to compete in the 1994 Winter Olympics, where she won the silver medal.

Picking Up the Pieces

Tonya Harding, on the other hand, denied that she had a hand in planning this attack, but pleaded guilty to hindering the prosecution. She received three years probation, was given a $100,000 fine, and ordered to perform 500 hours of community service.

So, where is Nancy Kerrigan now?

In 2001, she was in an all-skating production of Footloose and skated for two years on the Champions on Ice tour. She also worked as a figure skating analyst during the 2010 and 2014 Winter Olympics.

Fighting against the Odds

Nancy Kerrigan married her agent, Jerry Solomon, in 1995, and the couple has three children named Matthew, Brian, and Nicole Solomon. She revealed in April 2017 that she had six miscarriages within eight years while trying to have children.

Happy to be back home driving Nicole to ballet! @northeastyuthballet

According to sources, Kerrigan lives in Boston, Massachusetts, along with her family. Over the years, she had financial security through endorsements, corporate appearances, and skating shows.

In 2017, she appeared on Dancing with the Stars and was the sixth pair to be eliminated. She also works for the betterment of people with impaired eyesight through the Nancy Kerrigan Foundation, which she founded in 1999.

This picture says so much. I loved my time on #dwts. I will miss everyone involved. You are remarkable! Artem THANK YOU you made it all worth it and special!

When asked about her reaction to I, Tonya, Kerrigan told The Boston Globe “I’ve been busy. I was at the national [figure skating] championships this week, so I didn’t watch the Golden Globes. I haven’t seen the movie. I’m just busy living my life. I was the victim. Like, that’s my role in the whole thing. That’s it.”

So, what does Nancy Kerrigan look like now? She looks great and is constantly busy with her work and taking care of her family.

Thank you @resolvenewengland for having me as your keynote speaker for the 2017 conference. I’m so glad to play a small role is helping people to deal with such an emotional issue as miscarriages and infertility. Stay strong! We are all stronger than we think!

People who want to check out Nancy Kerrigan’s photos should head over to her Instagram account. It shows the figure skater with friends, her kids, Dancing with the Stars contestants, and some motivational messages.

Look at this cookie I got in my trailer today! So cool! And yummy!

Despite the ordeal that still haunts her, Nancy Kerrigan fought hard to live a rich life. The future is wide open, and she is gearing up for it!