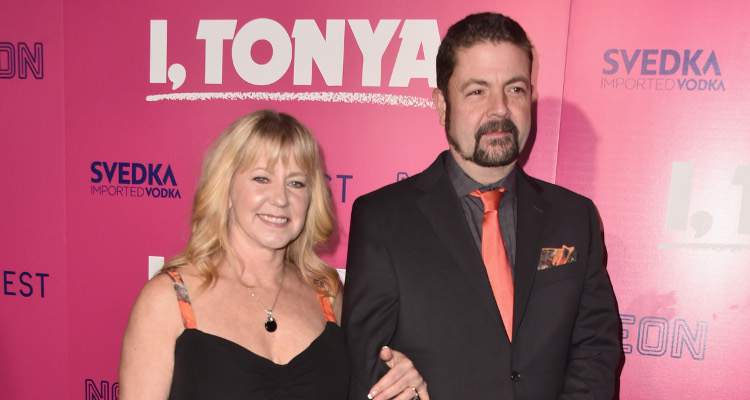 While it was exciting to watch Margot Robbie in I, Tonya and re-live the moments of the Tonya Harding and Nancy Kerrigan scandal, many wonder what happened to the former champion figure skater afterward? Harding is now happily married for the third time, and we have details about her hubby. Keep reading to know all about Tonya Harding’s husband, right here in our Jeff Jens Price wiki.

Tonya Harding has seen some very tumultuous times in her life, but nothing beats the national shame she faced after pleading guilty in court following the brutal attack on fellow competitor, Nancy Kerrigan. However, despite the scandal, Harding was able to move on —professionally and personally.

We all know about Tonya Harding’s scandal during the peak of her figure skating career. Her first husband, Jeff Gillooly, reportedly orchestrated the attack on his wife’s rival, Nancy Kerrigan. He wanted to break her leg so that she couldn’t participate in the championship.

Gillooly hired Shane Stant, a 6’2″ burly man who used a telescopic baton to strike Kerrigan just above her knee. Although he failed to break her leg, he did manage to injure her severely, and Kerrigan withdrew from the competition.

Tonya Harding’s life went for a toss after the investigation. She was stripped of all her championship titles, along with a life ban on skating or coaching.

Harding left Gillooly in 1993 and married Michael Smith in 1995. But that marriage didn’t last long either, and they were divorced in 1996.

Who Is Joseph Jens Price?

Joseph Jens Price met Tonya Harding in a karaoke bar and the two got married in 2010. The couple had a low-key ceremony in the beautiful state of Washington and have been together ever since.

It was reported that a friend of Harding’s told the media that she married “a real nice, blue-collar type of guy.”

Harding and Price welcomed a baby boy named Gordon Price in 2011. He is her only child. Price describes his wife and their marriage as “beautiful,” and it looks like he’s in it for the the long haul.

“She’s kind, she loving, she’s a little rough around the edges. She’s a redneck, but she’s my redneck,” Price told Inside Edition.

The couple’s son is now six, and they consider him to be the best thing to ever happen to them.

Tonya Harding’s name isn’t #TonyaHarding anymore. “My name is Tonya Price,” she told our reporter @taffyakner. Like many other people, Tonya changed her last name when she got married. But her situation is a little bit different than most. “She is Tonya Price, but you cannot deny that she is also Tonya Harding,” @taffyakner writes. In @itonyamovie, the disgraced figure skater looks back on the 1994 Nancy Kerrigan scandal and her struggles to tell her side of the story. The movie — starring @margotrobbie and @allisonbjanney, who won a Golden Globe for her portrayal of Tonya’s mother — is based on hours of interviews with Tonya and her ex-husband. For the record, Tonya loved it. “Magnificent,” was her word, especially after she’d seen it a few times. In December, @kjphotos1022 took these photos of Tonya at an ice rink in Vancouver, Washington — where @taffyakner got a skating lesson. “This was how we started the day,” @taffyakner writes. “She gave me a lesson, and it was the strangest thing to reconcile: Tonya Harding, the warmest and gentlest teacher you could find. She kept saying, 'Atta girl, atta girl.' In the video, you can see, I was up and running in no time. I haven't skated since I was maybe 5 years old.” With Tonya on the ice, a group of figure skaters who’d been practicing all morning suddenly looked like amateurs. “Has anyone ever made skating look so fun?” @taffyakner wonders. Visit the link in our profile to read the full interview — and swipe left to see a scene from the rink. #⛸

What Does Joseph Jens Price Do for a Living?

In 2014, Joseph Jens Price’s job was reported to be a woodworker. According to reports, the former figure skater sometimes joined her husband at work. It has been said that the couple lived a “hand-to-mouth” kind of life.

But things are better at the Price household now. With the I, Tonya becoming a success, there are plenty of good things to come for Harding and her family.

The family chose to put the attack, Tonya’s infamous sex tape, and jail time behind them, and for both Tonya Harding and Joseph Jens Price, their son is their main priority.