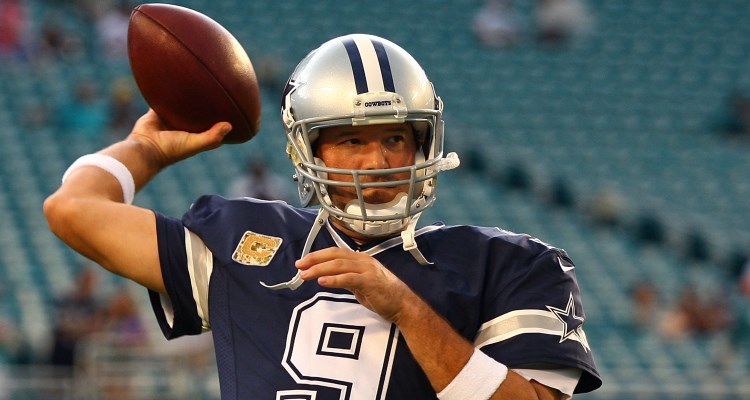 Dallas Cowboys’ quarterback since 2006, Tony Romo is still recovering from a back injury. However, he admitted in a statement Tuesday that Dak Prescott has earned the right to be the team’s starting QB. Keep reading our Tony Romo wiki to learn more about the athletes.

On Tuesday, Tony Romo (who has been the Dallas Cowboys’ starting quarterback since 2006) acknowledged that Dak Prescott deserved to continue as the team’s starter when Romo returns from his back injury. Romo sustained a terrible compressed fracture in his back during the preseason and has been slowly working his way back to health. The Cowboys insisted the injury would not cost him his job, but Romo made the humble move of stating he believed that Prescott surpassed him on the depth chart. In the statement, Romo said, “Dak Prescott, and what he’s done, he’s earned the right to be our quarterback. As hard as that is for me to say, he’s earned that right. He’s guided our team to an 8-1 record, and that’s hard to do.” While Romo was off, rookie Prescott teamed up with fellow rookie Ezekiel Elliott and led the Cowboys to eight consecutive wins and the best record in the NFL. Keep reading our Tony Romo wiki for more facts about the recovering QB!

Despite his replacement as the Cowboys’ starting quarterback, Romo has no plans to retire. “If you think for a second I don’t want to be out there, then you probably never felt the pure ecstasy of competing and winning,” he said. “That hasn’t left me. In fact, it may burn now more than ever,” he added. For a full list of Romo’s career highlights, accomplishments, and awards, check out the chart below. 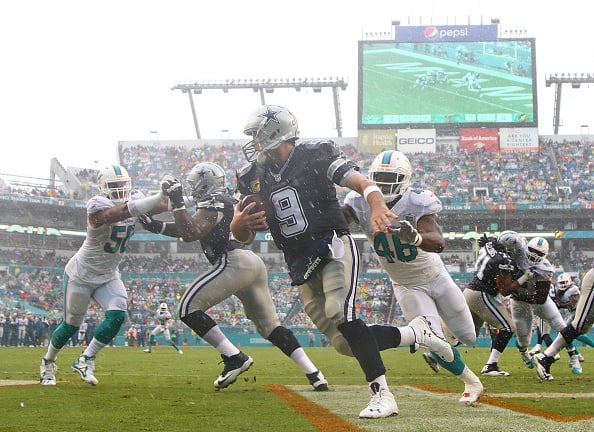 Quarterback Tony Romo’s net worth is estimated at $45.0 million by The Richest, while Celebrity Net Worth estimates his net worth as $60.0 million. Either way, that’s a hefty sum! In 2008, Romo signed a 5-year long endorsement deal with apparel marketer, Starter for $10.0 million. Check out the chart below for a breakdown of the athlete’s net worth.

Romo began dating singer and actress Jessica Simpson in November 2007, however the couple broke up on July 9, 2009, reportedly the night before her 29th birthday. Perhaps it was meant to be, as Romo married 2008 Miss Missouri USA and former journalist, Candice Crawford, on May 28, 2011 after about two years of dating. The couple have two sons, Hawkins Crawford Romo, who was born April 9, 2012, and Rivers Romo, born March 19, 2014. 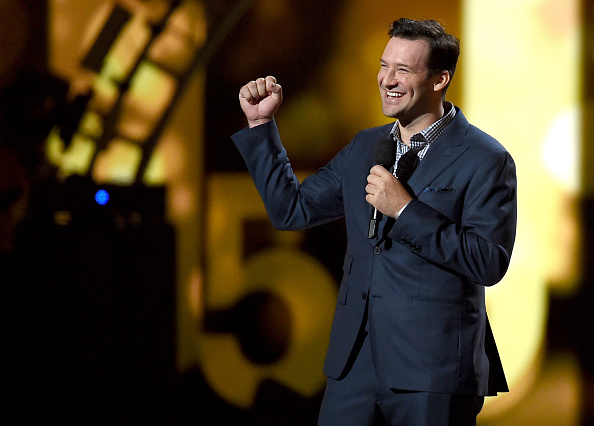 Despite Romo’s unfortunate and possible replacement by Prescott, fans are confident he will remain positive and never give up. Romo, who spoke about his faith to Sports Spectrum in 2013, said, “My faith has grown and I found that always having Jesus makes things a lot easier in my life. Having Jesus in your life gives you everlasting peace, which never goes away. It helps you handle the ups and downs of professional football.” Let’s hope he has a speedy recovery and stays optimistic!