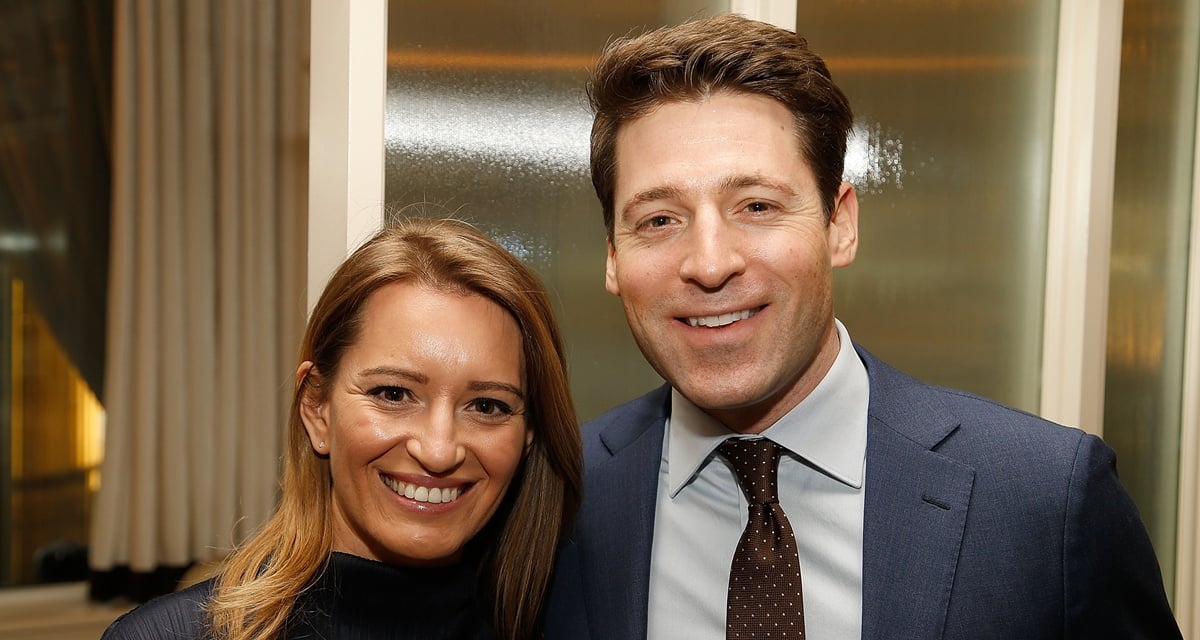 NBC News correspondent Katy Tur announced on air on MSNBC Live that she’s expecting her first child. Tur and her husband, Tony Dokoupil, recently celebrated their first year of marriage and are ecstatic about their growing family. Also excited are their NBC and CBS families. Dokoupil is Tur’s CBS News counterpart, famous for his book on his father’s drug trafficking history. Our Tony Dokoupil wiki turns the spotlight on Katy Tur’s husband.

Tony Dokoupil was born on December 24, 1980, and will turn 38 on Christmas Eve. He hails from Miami but moved to Maryland in his pre-teen years. The name Dokoupil means “I bought it all” in Czech.

While at Columbia, he was a part-time journalist and writer for Newsweek. In 2007, he was promoted to senior writer. In 2013, he joined NBC News as a writer.

Dokoupil made the transition to broadcast in 2015, joining MSNBC as a correspondent and national reporter. That’s also where he met his future wife—in the makeup room. Since August 2016, he’s been a correspondent for CBS News.

Tony Dokoupil Wrote a Book on His Father

When Dokoupil was a child in Miami, authorities were waging a full-scale war against drug trafficking. At that time, six-year-old Tony’s father, Anthony Dokoupil, disappeared from his life.

Before that, Tony was living the high life in a luxurious condo, attending private school with the late George H.W. Bush’s grandchildren, and going on Caribbean vacations in a private yacht. What he later found out was that his father was known as “Big Tony,” a felon who dealt in Colombian marijuana that made them rich. For a long time, Tony believed his father’s real estate in Vermont was their source of income.

Anthony would make sporadic appearances in his son’s life. But his absence left a big gap in Tony’s childhood. His mother, who assisted in Big Tony’s drug operations, would later use the money to pursue a graduate certificate in drug and alcohol counseling from the University of Miami.

After college, Tony went on a search for his father. Through the National Archives in Boston, he found records of an Anthony Dokoupil who was indicted for drug trafficking.

About finding his father’s criminal history, Tony said,”You’ve never met someone so happy to discover that their father was a class I felon.”

Big Tony was arrested and went to prison. His massive wealth was stashed in styrofoam coolers in various locations. But the family couldn’t retrieve most of it.

After he found his father, Tony penned a book, The Last Pirate: A Father, His Son, and the Golden Age of Marijuana, in 2014, which detailed his father’s story and America’s history with marijuana.

Big Tony is now 71 years old and in a home for the elderly. Dokoupil doesn’t talk much about his mother, except to say that she’s a teacher in West Virginia.

Tony & Katy Eloped for Their Wedding

Dokoupil proposed to Katy Tur in early 2017. The low-key couple would go on to elope in October of the same year.

They tied the knot on October 27, 2017 in Utah, in a non-denominational ceremony. Tur’s parents and grandparents had eloped for their own weddings and Tur kept their long-running tradition.

While their parents had given them their blessing, it’s unclear if they were in attendance. In 2017, it was reported that Tur was estranged from her father, Zoey Tur (formerly Robert Tur), following her transition from male to female in 2013.

He’s Going to Be a Father for a Third Time

Katy and Tony have revealed they are going to be parents soon. Their child, who is due in April, will be the first for the couple.

However, Dokoupil already has two kids, including a son, from his previous relationship. His first wife reportedly worked at the Human Rights Watch. His marriage ended some time after he released his book.

When his son was born in 2009, Tony’s father anticipated he would name his child Tony Jr. However, Tony refused and didn’t even give his son the last name, Dokoupil. “I’m conflicted about my family legacy,” Tony says. “Someday, I’ll try to explain that to him.”

At George Washington University, he was captain and outfielder of the Colonials baseball team. Among his accomplishments, he was named to the 2003 Verizon Academic All-District II First Team and won the university’s SAAC Senior Male Athlete Academic Award.

While playing collegiate baseball, he maintained a 3.87 GPA, won the Distinguished Scholar Award, made it to the Dean’s Honor List, and graduated first in his class.