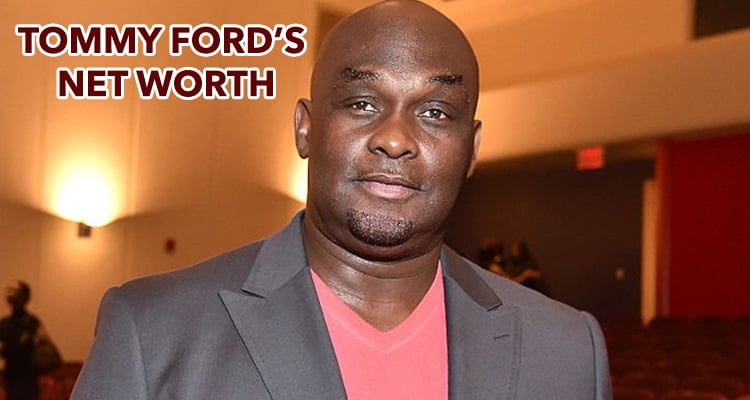 It is indeed sad to announce that Martin actor, Tommy Ford, passed away on October 12 in the hospital. He was hospitalized on Sunday, October 9, due to an aneurysm rupture in his abdomen.

Tommy is most notably known for his role as Tommy Strawn in the famous sitcom, Martin and also as Mel Parker in the UPN sitcom, The Parkers.

After many years working as an actor in TV shows and in film, Tommy Ford’s net worth is estimated to be $2.0 million.

Several actors have expressed their condolences by tweeting about Tommy Ford. His family did not disclose information about his ceremony, but they said it would be forthcoming.

We will all remember him as an amazing actor, but if you wish to learn more about how much is Tommy Ford worth, then you need to keep reading.

He was born as Thomas Mikal Ford on June 15, 1964, in Yonkers, New York. He passed away on October 12, 2016, at the age of 52 in Atlanta, Georgia. Tommy got married to Gina Marie Sasso in the year 1997 at the Rio Hotel & Resort in Las Vegas. Sasso is from Kingston, Jamaica. She runs her own sales and marketing firm.

According to sources, the pair met while Sasso was on a business trip to Los Angeles. After they married, the couple went to Aruba for their honeymoon. Among other celebrities, Ford was close friends with Martin Lawrence, his co-star on the ’90s sitcom, Martin. Lawrence was even Fords groomsmen for the wedding. Although the pair got divorced, his wife Gina Marie Sasso was with him at the time of his illness and death.

Ford had worked on a couple of famous television series, including A Different World, Martin, New York Undercover, The Jamie Foxx Show, The Parkers, Who’s Got Jokes?, and Let’s Stay Together. Out of all the series he was more renowned for his roles in Martin and The Parkers.

Ford was also titled as “The Pope of Comedy,” he was featured as one of the judges on Bill Bellamy’s, Who’s Got Jokes?

It has been estimated that Ford was working in the Hollywood industry for more than 30 years and overall has appeared in over 80 television shows and movies combined. He has worked on several movies also like Deathly Realities and Harlem Nights.

Additionally, Ford had his own line of ties, and the price of the ties were $75.00 each. Keeping aside his acting career, Tommy has also written several inspirational books, explicitly targeted for youth and children so that they would follow the right path. His books were sold for $25.00 each.

Ford’s net worth was credited to his motivational speaking. He used to give speeches on various topics, but particularly on non-violence and empowerment for youths. Recently, Ford also produced a documentary called, Through My Lens: Art is Life. This movie focuses on bullying in the African-American community.

His net worth was indeed questioned by everybody because having a net worth of $2.0 million after serving 30 years of your life in Hollywood industry seems a little low. Some fans even assumed that maybe he was getting paid less due to racial bias. The real reason behind him getting paid so little is still being debated.