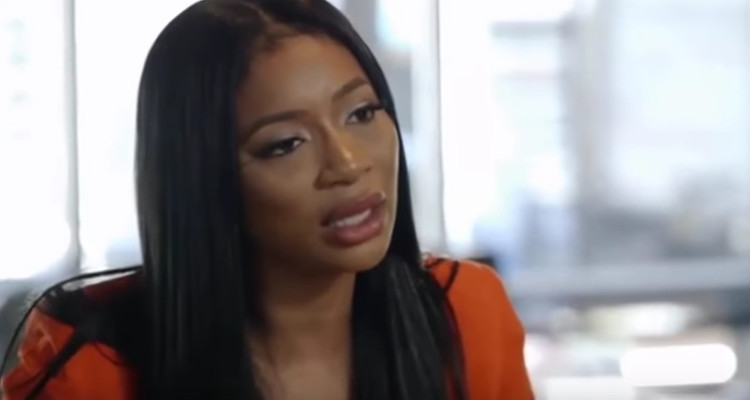 Tommie Lee comes across as a boss woman on VH1’s Love & Hip Hop: Atlanta Season 6. She is strong, brash, and isn’t afraid to knock some sense into her co-stars —literally! Lee has been dealing with an anger management issue, and doesn’t shy from showing it on LHHATL. But whatever the case, viewers still love Lee because she adds extra spice to the show’s drama. Lee is currently focused on building her career as a rapper. To learn more about the reality TV star, keep reading our Tommie Lee wiki!

The reality star was born May 19, 1984, and is from Northern New Jersey. At the age of 18, Lee moved to Atlanta where she made a living by appearing in music videos for rappers like Young Jeezy, Gucci Mane, and T.I. It was around this time that she met her ex-beau’s mother, Karen KK King. The two formed a professional bond, as KK King helped Lee establish her own career in the music industry.

Born Astasha Jefferson, Tommie Lee shot to instant fame with her appearance on VH1’s Love & Hip Hop: Atlanta Season 6, where she debuted as a supporting cast member on the fifth season of the show.

The 32-year-old is an aspiring performer and urban model. She was dating rapper Scrapp DeLeon before he was jailed for marijuana trafficking. Tommie Lee is a single parent; she has two daughters, Havali and Samaria, from previous relationships. Currently, she seems to be single. However, there are rumors of her dating Meek Mill. According to reports, Lee was the cause of the split between Mill and Nicki Minaj.

Also Read: Who was Carley Allison’s Boyfriend, John Servinis? The YouTube Star’s Romance in a Movie

Tommie Lee’s net worth is estimated to be $100,000. The rapper has a strong fan following with 979K followers and counting on her Instagram account! She was also a fan favorite on VH1’s Love & Hip Hop: Atlanta.

Lee is known to have a violent temper and a hostile disposition. She has a history of physically confronting many of her co-stars. Before getting fired from Love & Hip Hop: Atlanta, Tommie Lee had physically abused fellow co-star, Tresure P on the show. Apparently, Tresure had invited Lee out for a pedicure to call it a truce. However, things didn’t go as planned, and the two ended up in a brawl!

Next, Lee reportedly hit Karlie Reed multiple times in the face, while filming at the Blue Ivory Club. The crew members rushed to Reed’s rescue, and Lee was reportedly taken into custody by Atlanta police.

It is also rumored that Lee and KK King currently have an arrest warrant issued against them. Apparently, the two are involved in a case of identity theft in Minnesota.

Now, we can’t confirm the rumor, but it has been said that VH1 producers may have booted the aggressive Tommie Lee out of the show due to her volatile nature. The reports were further reinforced when another Love & Hip Hop: Atlanta cast member, Rasheeda, posted a picture on Instagram from the LHHATL Jamaica shoot, where Lee was clearly missing.

Quite recently, Tommie Lee was embarrassingly asked to disembark a Delta plane. She was carrying a glass of wine while boarding, despite being told not to. The airline security escorted her out of the aircraft, along with her glass.