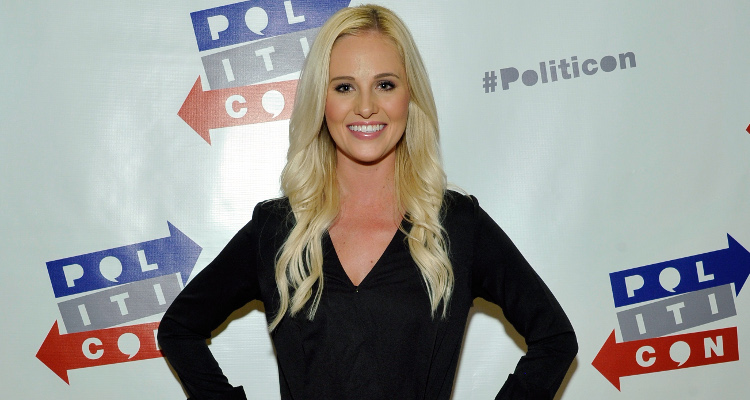 Tomi Lahren is soaking up all the attention right now. Recently, the American Conservative Political Commentator posed with an African-American man, which wouldn’t have been made into such a big deal if she wasn’t already viewed by many as a racist. So, who is the mystery guy she’s been spotted with? Is Lahren dating him? The photo of the two is making its rounds on the Internet, causing people to wonder who he is. If you also have questions about the man who’s been dubbed “Tomi Lahren’s new boyfriend,” then keep on reading as we spill all the details about Tomi Lahren’s dating timeline.

Tomi Lahren is famous for voicing her opinions on national television. The 25-year-old former television host is a perfect blend of beauty with brains. She is a well-known conservative political commentator, often in the news for her right-wing views and sometimes harsh criticisms. Lahren was born on August 11, 1992, in Rapid City, South Dakota to a military family. She went to Central High School and in 2014, completed her graduation from the University of Nevada, Las Vegas.

It comes as no surprise that Lahren chose a career in politics. Since she was young, she was a little proactive. During her college days, Lahren hosted (and was also the associate producer of) a political roundtable show for her university’s television program. She completed her internship for Republican Congresswoman, Kristi Noem, and was the first intern for Noem’s Rapid City Office.

Lahren achieved great success in her career at a very young age. Now, at the age of 25, Lahren’s net worth is estimated to be $3.0 million. There is a great deal of information on Tomi Lahren’s professional life, but what about her personal life? Who is Tomi Lahren’s boyfriend? Take a look at Tomi Lahren’s dating timeline to learn more about her relationships.

Recently, a photo of Tomi Lahren and a mystery man is making its way around the Internet, and people are freaking out over it. In the picture, Lahren is posing alongside an African-American man, which has many scratching their heads. Tomi Lahren has extremely conservative views, which have led her to make some pretty offside statements in the past, many of which included the race card. There are no details given about the guy. In fact, his name also remains a mystery. What provoked the dating rumor? The photo included a captioned saying, “Love of my life, Shining like a Star” with a heart emoji. But it is unclear where the photo actually came from. For now, it is just a rumor that Lahren is dating that guy and nothing has been confirmed about the relationship by Lahren or the mystery man in the photo. If you take a look at Lahren’s Instagram account, you will see that she has not uploaded any snaps with the guy. So for now, it is safe to assume that Lahren is single. As for the surfaced photo, she did suffer backlash, as people on Twitter did not fail to troll her or make fun of her supposed relationship. (Who can blame them when she captions photos like this one!?)

Even though Lahren is possibly single right now, that doesn’t mean she hasn’t dated in the past. In 2015, Lahren was in a relationship with Navy SEAL, Jerad Christian. Christian completed his education from the United States Naval Academy in Annapolis. He finished his SEAL training in November and the pair started dating in February.

Talking about their relationship, a close friend of Lahren said, “Jerad is currently on a secret mission and Tomi is very much in love with him. She’s so proud he’s fighting for America.” Her friend further added, “Tomi believes in him and what he and all our troops are doing for his country. She said the reason she did the final thoughts segment was because the issues resonated with her because of Jared, he’s her hero.” Although their relationship seemed quite passionate in the beginning, the spark and the fun soon fizzled out, and they both broke up and went their separate ways.

Lahren did not give up on love and started dating former Bachelorette star, Chase McNary. McNary was part of The Bachelorette Season 12, vying for JoJo Fletcher’s heart. He ended up among the top three contenders on the show. Speculations of the two dating each other began towards the end of 2016. The Internet quickly noticed them and they were even spotted together in Las Vegas. However, even that relationship did not last for too long, but it seems the two split amicably, as he opened up to Us Weekly about their short-lived romance.