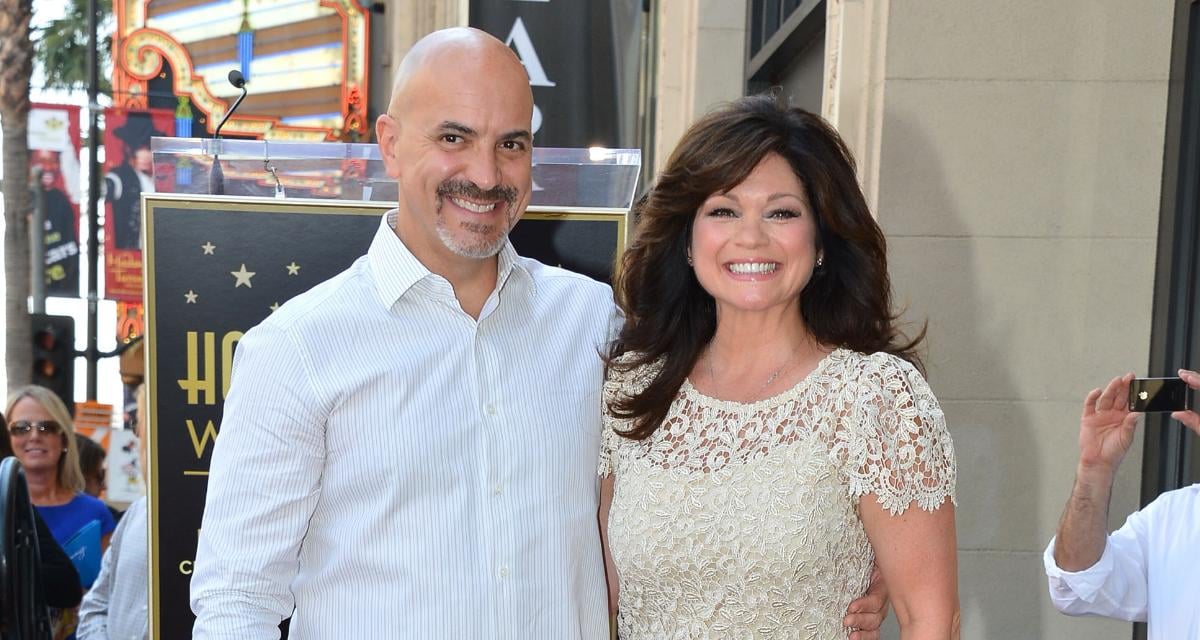 Tom Vitale with his wife actress Valerie Bertinelli who was honored with the 2,476th Star on the Hollywood Walk of Fame in the Category of Television on August 22, 2012 in Hollywood, California. (Photo by Frazer Harrison/Getty Images)

Tom Vitale got lucky in love the second time around when he married the famous TV actress and cook show host, Valerie Bertinelli. The couple was together for six years before they tied the knot in 2011, and since then, they’ve had a loving and successful marriage. Vitale is a financial planner by profession, and he works hard to provide an excellent life for himself and Bertinelli. Vitale has appeared on several TV shows with his wife and is a very encouraging and caring person. When Bertinelli married Vitale, she certainly found herself a keeper!

Valerie Bertinelli sure knows a thing or two about cooking up some lip-smacking recipes! After all, she has been hosting the cooking shows Valerie’s Home Cooking and Kids Baking Championship on the Food Network since 2015.

Aside from cooking, Bertinelli is an American actress and television personality who is also best known for her roles in popular TV series like One Day at a Time, Touched by an Angel, and Hot in Cleveland.

There has always been a healthy interest in Bertinelli. After all, she was once married to guitar God, Eddie Van Halen. And thanks to her professional and personal life over the years, things still haven’t changed.

Lately, people are curious to know about Valerie Bertinelli’s husband, too. So here are some facts about Tom Vitale.

What Does Tom Vitale Do for a Living?

Born on August 14, 1967, Tom Vitale’s age is 51. He graduated from Williams College and is a renowned financial planner who has done very for himself.

Tom Vitale’s net worth is currently estimated to be around $5.0 million, according to sources.

Vitale began a relationship with Bertinelli in 2004, and soon the two realized that they really liked being together. They continued dating for the next six years and then announced their engagement in May 2010.

When Vitale finally popped the question, the two were in Italy for a holiday. How romantic!

He Was Scared to Ask for Her Hand!

Vitale was very nervous as he mustered up the courage to ask Bertinelli for her hand in marriage.

Bertinelli later told People magazine, “It was sweet when he asked me because he was so scared. I was like, ‘Are you kidding me?’”

Luckily for Vitale, she quickly said “yes” as he breathed the biggest sigh of relief.

Vitale tied the knot with Bertinelli on January 1, 2011, in an intimate ceremony at their home in Malibu, California.

Vitale and Bertinelli had initially decided to get married in front of just two witnesses. However, the guest list kept growing bigger and bigger, and finally the couple exchanged their wedding vows in front of almost 100 or more guests!

Bertinelli looked fabulous in a lovely wedding dress made especially for her by famous designer David Meister.

To further add to Vitale’s nervousness was the fact that Bertinelli’s first husband, guitarist Eddie Van Halen, was also present at the wedding! So was Bertinelli’s son, Wolfgang Van Halen, from her first marriage.

Both Eddie and Wolfgang were delighted that Bertinelli had found love with Vitale, and they wished the happy couple the very best in life.

It Was Also His Second Marriage

It was the second marriage for Vitale, as well. He had previously been married to a woman named Sharon, and the couple had a single child from their union.

But their marriage and parting were turbulent. Vitale was arrested in 2001 for allegedly attacking his then ex-wife and pinning her to the ground, according to reports.

Vitale and Bertinelli currently live in their house in Malibu, California and are happy that they made the important decision to marry and stay with one another.

Ever since they’ve known each other, Vitale has been very supportive of Bertinelli’s career on television and has appeared in a few shows himself.

He Has Appeared on Several TV Shows

In 2009, he appeared as himself in two TV documentaries on 20/20 and E! True Hollywood Story. He then appeared in the TV series Hot in Cleveland and The Apprentice USA in 2012 and 2013, respectively.

He also appeared in an episode of the TV docuseries, Who Do You Think You Are? with Bertinelli in 2014.

Viewers who have been watching Bertinelli’s show, Valerie’s Home Cooking, have seen Vitale appear on the show many times.

Bertinelli is happy that Vitale has been very encouraging and caring. He has helped her to have a fantastic experience working on her cooking shows.

Having the Time of Their Lives

Both Vitale and Bertinelli’s first marriages may not have worked out, but the second time proved lucky for both of them. They are now enjoying each other’s company and spending their time doing things they love. And the two make one hell of a team!

With a happy marriage and a good career on his side, Tom Vitale is planning a bright future for himself and his family on all fronts.