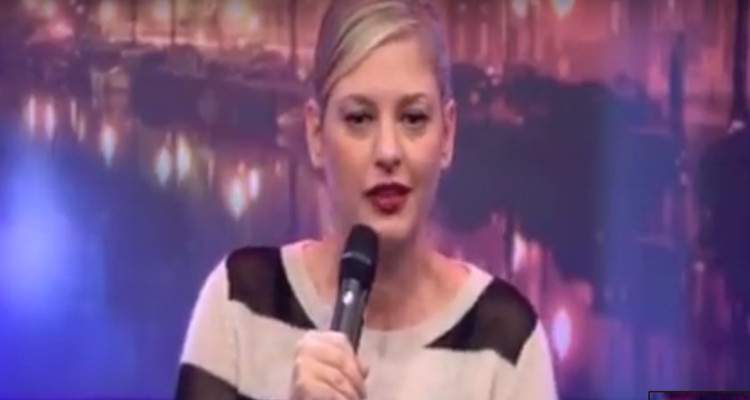 At a young age, Christina Pazsitzky discovered that she had a talent for making people laugh. From then on, there was no doubt in her mind that she would become a comedian when she grew up. She started her career as a writer for cartoons, as well as doing voice-over work. Thanks to her hard work, she became a popular stand-up comedian with her own shows. She has a modest net worth of $2.0 million, and is happily married to fellow comedian Tom Segura.

Christina Pazsitzky is one hell of a funny girl! The Canadian-American stand-up comedian, podcaster, host, writer, and TV personality, is also comedian Tom Segura’s wife! She currently lives in Los Angeles, California, but her parents were originally from Hungary, from where they fled in 1969 to Canada, where she was born. They later moved to the San Fernando Valley in Los Angeles County in 1980, and Pazsitzky became a U.S. citizen in 1994. People want to know more about Tom Segura’s wife, so we have some details from Christina Pazsitzky’s wiki.

Born on June 18, 1976, in Windsor, Ontario, Canada, Christina Pazsitzky’s age is 41. She began her career as an animation writer, and voiced several characters for DIC Entertainment, as well as TV: The Movie. Her work was so good that Animation Magazine gave her the Up and Coming Animation Writer award! Pazsitzky was a cast member on MTV’s Road Rules: Down Under and Real World/Road Rules Challenge: Battle of the Sexes. She then moved into the realm of stand-up comedy and performed for the first time in 2001 at the Comedy Store in Los Angeles.

From then on, there has been no stopping Pazsitzky’s progress in the world of comedy. She has since performed worldwide in Africa, the Middle East, and South Korea with USO (United Service Organizations Inc.) tours. The non-profit organization provides live entertainment in the form of musicians and comedians to members of the United States Armed Forces and their families. Pazsitzky is a member of the Deathsquad Network of stand-up comedians and made regular appearances on The Bob and Tom Show.

Check me out on The Crabfeast w/ @ryansickler and @jaylarsoncomedy we talk about ghost stories, hitchhikers and high value candy ! Love these guys www. Thecrabfeast.com #FTCF ⭐️⭐️⭐️⭐️⭐️m

Pazsitzky married Tom Segura in November 2008, and the couple started hosting their own podcast, Your Mom’s House in 2011. They achieved success almost immediately, and their show was chosen as a finalist for Best Comedy in the first annual Stitcher Awards in 2012. In August 2014, she released the first episode of her own podcast, That’s Deep Bro, which she described as a show that “covers all the topics you never talk about in everyday life – but should.” She also gives her insight for VH1’s pop culture countdown shows, the TV Guide Channel, Tru TV’s World’s Dumbest, and the Syfy Channel.

A Growing Body of Work

Thank u @buildseriesnyc for having me today. So much fun. Thanks to the mommies in the studio audience as well. ????#stanima

Pazsitzky and Segura have a child who was born in 2016, and a dog that named Theo “Fifo” Huxtable, who makes cute appearances on the couple’s podcast. She also appeared in several films like Jackass Number Two, Black Girls Heart Charlie, and Finding the Funny, as well as TV shows like The Challenge, Trollz, Mental Engineering, April & Christina, Chelsea Lately, InAPPropriate Comedy, and Funniest Wins. Her latest Netflix comedy show, Mother Inferior proved to be a big hit. Thanks to all her hard work over the years, Christina Pazsitzky’s net worth is estimated at $2.0 million, but her talent in making people laugh is priceless.

From last week at the Wiltern Theatre @seguratom sold out show. Getting ready to do my spot. What a fantastic night.

People looking for Christina Pazsitzky’s hot pics can check her Instagram account to see photos of her at work, with Segura, her friends, fellow comedians, and selfies. She also shares posters advertising her shows, which makes for some very funny and interesting posts! Pazsitzky loves to make people laugh, and in these tense times, we need more of her everywhere!