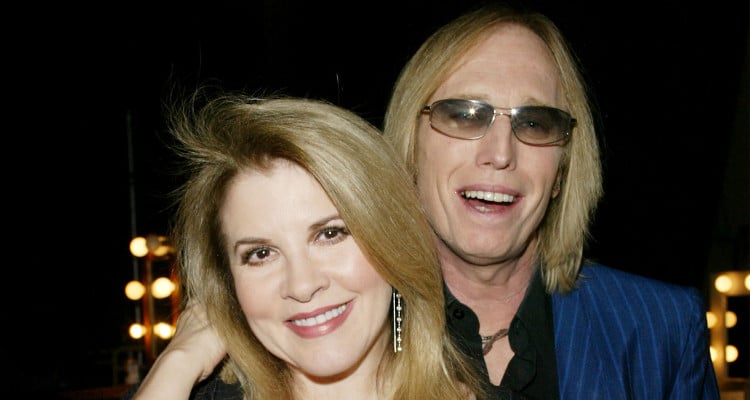 The Heartbreakers lead singer, Tom Petty died Monday night at the age of 66. His sudden death leaves behind his wife, Dana York, kids, and of course his really close friend, Stevie Nicks. Petty’s friendship with his fellow rock ‘n’ roll singer was almost as well documented as his life. The duo sung many hits together and if you want to check out Tom Petty and Stevie Nicks’ songs, then keep reading.

After being rushed to hospital, it was reported that Tom Petty died of cardiac arrest. At the time, he was fighting for his life. Hours later, news of his death was confirmed by his manager.

Petty died on Monday night in Los Angeles, surrounded by his family and friends. A lot of celebrities and fans took to Twitter to express their sadness and condolences to the family. The singer’s amazing voice and music not only inspired a new generation of artists, but had well-known musicians flock to work with him. Stevie Nicks was influenced by Petty’s music and the two became good friends who regularly worked together on new stuff.

Talking about Petty and Nicks, his biographer, Warren Zanes wrote, “Petty’s friendship with Nicks would finally be one of the few human constants in his life outside of his band, management, and crew. She’d come in and out over decades.” Petty reportedly told  Zanes, “She came into my life like a rocket, just refusing to go away.”

Go steady Tom✌?️? I feel so privileged to have seen #tompetty during his last tour at #hydepark2017. Amazing #musician and #hero to so many. #respect #love #peace

When Petty was going through a dark period in his life, he turned to drugs, but kept it a secret. Not even Nicks knew about his addiction. “I would never imagine, not in a million years that Tom Petty would start using heroin,” she said after learning the news. “I mean, we used to sit around and drink, and we did coke and smoked pot – and that was hard enough on us.” Nicks further added, “But if you’d have said to me that Tom Petty was doing that, I wouldn’t have believed you for a second.”

Nicks and Petty met in 1978 and started working together. Their friendship gave birth to several hit Tom Petty and Stevie Nicks songs. The two collaborated on many projects, including Bella Donna, which was produced by Tom Petty and was Stevie Nicks’ debut album as a solo artist. Here are some of the best Stevie Nicks and Tom Petty songs.

“Needles and Pins” was written by Jack Nitzsche and Sonny Bono and originally recorded by Jackie DeShannon. Tom Petty and The Heartbreakers covered the song with Stevie Nicks.

“Stop Draggin’ My Heart” was the first single from Stevie Nicks’ debut solo album, Bella Donna. The song was written by Mike Campbell and Tom Petty, who also sang in the chorus and the bridge.

Originally written and recorded by Tom Petty and the Heartbreakers, “I Need to Know” was the first single from their album, You’re Gonna Get It! Since 1981, Nicks has performed her own cover of the song. In fact, during Petty’s 30th anniversary concert, the two sung it together.

This song was featured in Nicks’ second solo album, The Wild Heart, and about it she said, “I don’t really know why Tom wrote this song for me because it’s not like he had to, or not like I called him up and asked him to do it. But for some reason, he wanted to write me something really pretty, and he did, and we worked real hard. We recorded in New York, and we didn’t get it. Then we went to Caribou and recorded but still came back without what we thought was a real lead vocal from either of us. Finally, we did it in L.A. Tom and I love to sing together, and we’ve really developed this relationship, and I’m not really very interested in developing relationships with other men singers, because this is just perfect: we sing well, we have a great time, we complement each other.”