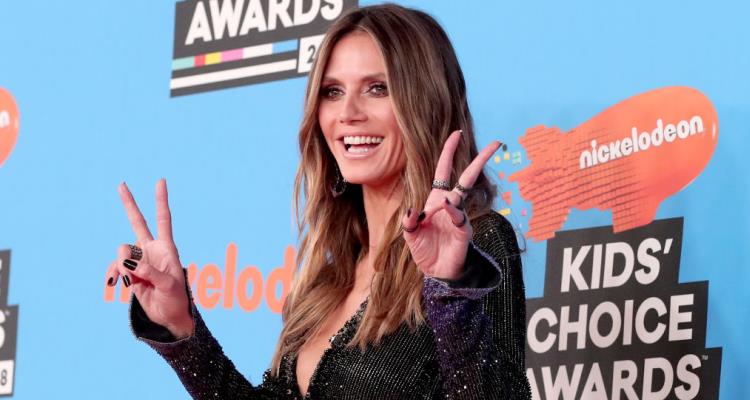 Heidi Klum’s new boyfriend was spotted with her and the vacation pics are quite revealing! It look’s like things are going well between her and her beau, but fans of the former model want to know just how well.

So, just who is the hottie Heidi Klum has been spotted with lately? After the recent topless pics of the model surfaced online, fans are dying to know more about her younger beau. Get to know Klum’s new man better with our Tom Kaulitz wiki.

Who Is Tom Kaulitz?

If Tom Kaulitz seems like a familiar name, it’s probably because you may know him from music group, Tokio Hotel. He was born on September 1, 1989 (age 28), in Germany. His brother, Bill, is the group’s lead singer and Tom is the group’s guitarist.

The German rock band was founded in 2001 by the Kaulitz brothers, along with drummer Gustav Schafer and bassist Georg Listing. They have released three top albums in their country and have sold millions of records there, as well. Their songs include Monsoon, Cotton Candy Sky, Love Who Loves Back, and As Young As We Are.

For Tom and Bill Kaulitz, music is a family affair and they’ve made quite the name for themselves doing it!

He Got Sick from Viagra!

You wouldn’t think that a young man would need medical assistance in the bedroom but that’s exactly what happened! In May 2010, Tom told a German newspaper that he fell ill after taking Viagra when he was 20 years old. He said someone gave him a pill during a concert tour in Asia. He turned down the offer at first but then changed his mind and decided to try it out.

“I first asked the seller ‘Do I look like someone who needs help with that?'” said Tom to Bild, the German newspaper. “He said ‘no’ — but that I should nevertheless try it out. I popped one in.”

He added, “I popped a few more pills, probably too many,” he said. “The next morning my head was pounding and everything in front of my eyes was blurry. It wasn’t fun any more. It was pretty bad.”

Tom said it took two days for the Viagra to wear off until he felt like his old self again. (We bet he’ll never try that again!)

It looks like the Project Runway star, 44, and her rocker boyfriend are enjoying their time together. They were spotted in Cabo San Lucas and left very little to the imagination. The pair was spotted topless and the media had a field day!

The supermodel and her younger boyfriend were pictured having a good time and their vacation pics are now everywhere. Since Tom doesn’t have Instagram, you won’t find any PDA of the two on their outings, but one quick search online and you will have everything you need.

It looks like the mother of four is long over her ex-husband Seal and ex-boyfriend/bodyguard Martin Kristen.

But Tom isn’t the first younger man she’s been in love with; she dated Vito Schnabel, who was 13 years younger than her. As long as Tom and Klum is having a good time, that’s all that matters!