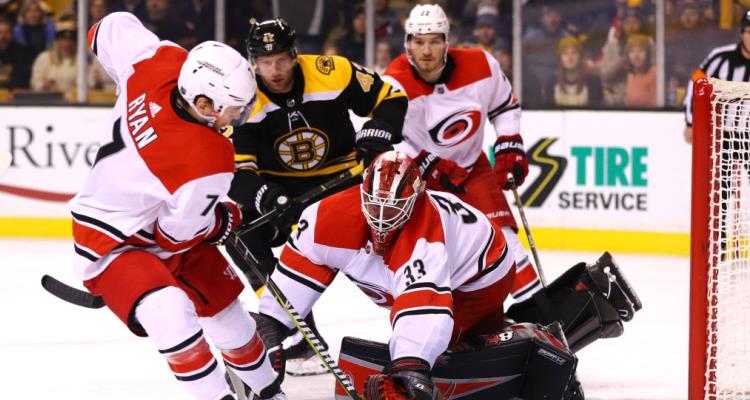 The Tom Dundon-Carolina Hurricanes deal is making headlines today, after it was announced that the billionaire bought the major-league team! Check out our Tom Dundon wiki for details on the man and his giant purchase arrangement.

Dallas Billionaire Tom Dundon, age 46, bought the NHL’s Carolina Hurricanes after reaching a purchase agreement with Peter Karmanos Jr., the principal owner and CEO of the Hurricanes. He now gets 61% in the Raleigh, N.C.-based franchise, valued around $550.0 million. Even before the sale was finalized, Dundon was already making behind-the-scenes changes, and drawing up new plans. “We’re questioning everything,” he said. A lot of the changes he plans to make will be inspired by the playbook Mark Cuban assembled when he bought the Dallas Mavericks. The players aren’t yet big enough stars on this market, and that’s one thing Dundon wants to change. He wants to improve the fan experience by removing excuses to not attend games. In the long run, Dundon plans to set up a new practice rink and renovate the south entrance plaza of the PNC Arena. “The people understand the way we’ve been doing it in the past isn’t getting us results,” Dundon said on Thursday. “We’re going to work with them and help them figure it out.” Karmanos Jr. will remain a senior advisor of sorts, but supports Dundon’s vision and ability.

Some fans were concerned that the Hurricanes would need to relocate, but Dundon cleared the rumors on Thursday saying, “We like it where it is.” NHL commissioner Gary Bettman said the team would remain in Raleigh for the long term:

“This is not a team that is being moved. The rumors that it might be moving somewhere else are absolutely incorrect, made up, fabrications, wrong, wrong, wrong,” he said. “The club is not going anywhere with Mr. Dundon’s purchase and for those of you who know geography, the fact that he lives in Dallas and that happens to be in the same state as Houston has nothing to do with anything. He’s buying the club to have it in Carolina. I want to be crystal clear on this because it’s really not fair to the players, the fans or anybody in the Triangle that this rumor has started. It’s just not accurate.”

Dundon may have seemed anonymous to most hockey fans, but now his name will become much more familiar. He is the primary investor in Top Golf, the franchise of souped-up recreational driving ranges showing up around America. Top Gold has worth approximately $2.7 billion. Tom Dundon’s net worth isn’t public knowledge, but business dealings suggest he has earnings well above $1.0 billion.

In a 2015 Dallas Morning News story, he was called a “brilliant executive and inventory,” making his fortune as CEO of Santander Consumer USA. The company provides auto loans to buyers who have low credit scores. Later that year, he walked away with his 10% stake (about $900.0 million) and began DCP, the Dallas investment firm.